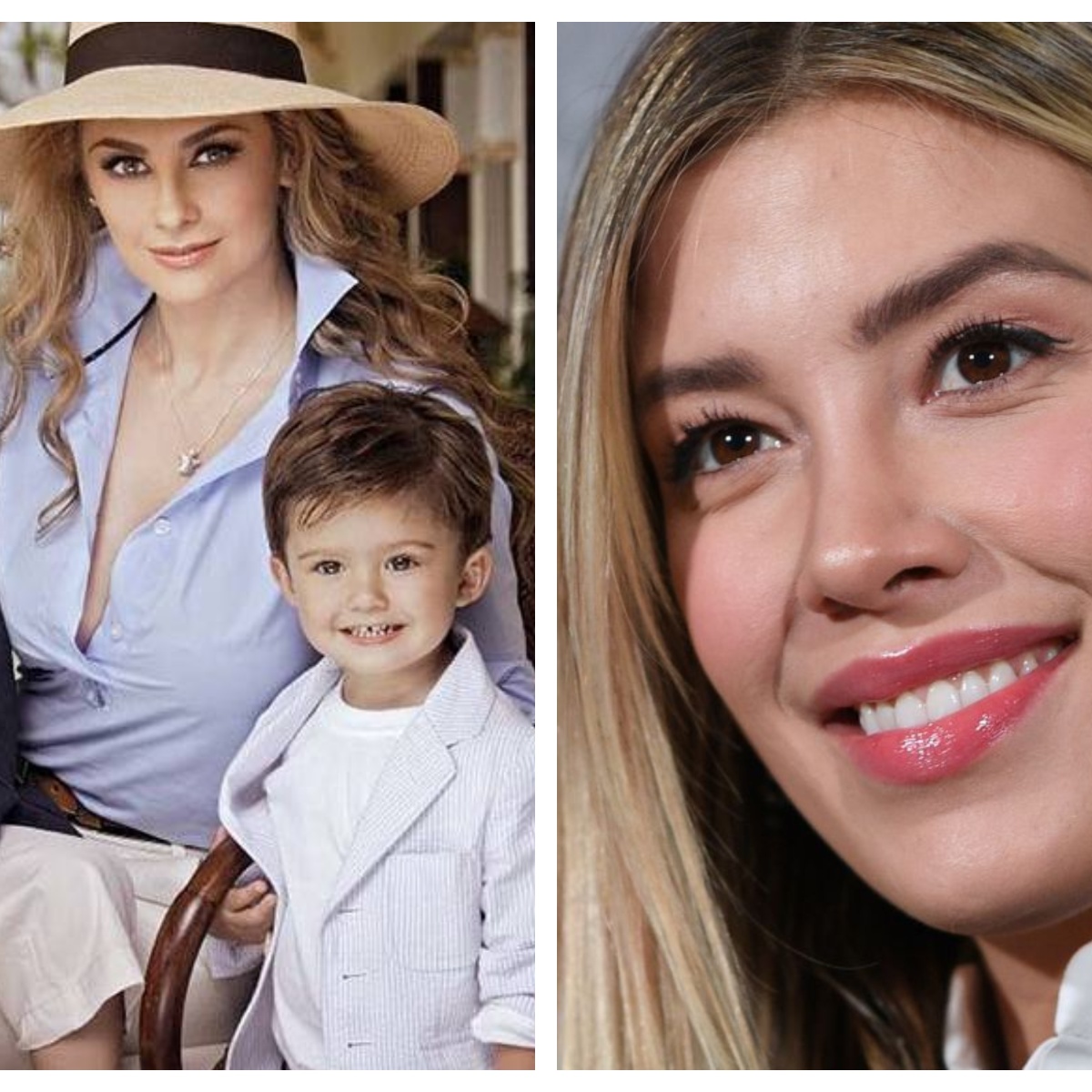 Aracely Arambula assured that his children with Luis Miguel, Miguel and DanielThey have a good relationship with their older half-sister, Michelle Salas. Although they cannot be frequented as much since the model lives in the United States, while the teenagers live in Mexico, the truth is that the three children of Luis Mi always keep in touch.

After Michelle Salas, Luis Miguel’s eldest daughter, made a series of moving comments about her half-siblings, Aracely’s children, the 47-year-old actress revealed in an interview for Imagen Televisión that although she did not know what Michelle had said , she was glad that they had a good relationship.

Aracely Arámbula appreciates that her children and Michelle Salas get along

Likewise, Aracely said that misses the daughter of Sthepanie Salas and mentioned that he has instilled in his two children the importance of the family and of staying together at all times, so despite the distance, they must get along with their relatives.

“Oh, Michelita! What did she say? I didn’t see her. Oh, my queen! I already want to see her, Michelle is already appearing. I loved hearing that because the family is the main thing, and they also write to her and love her and hopefully they coincide because then she doesn’t live here, They count on her, she counts on them, so me tooAnd how nice, I’ve always said, family comes first,” the actress explained in her interview.

Michelle recently visited Mexico for reasons of her work as a model, but she did not have the opportunity to visit her two half-brothers, children of Luis Miguel with Aracely Arámbula. However, the three brothers keep in touch frequently.

Luis Miguel does not have a good relationship with his children

Unfortunately Luis Miguel, 52 years old he has stayed away from his three childrensince the famous singer almost no contact with themthis has been revealed by Aracely Arámbula herself, who has said that the interpreter even no longer gave her alimony, for which it was even said that she planned to take legal action against him.