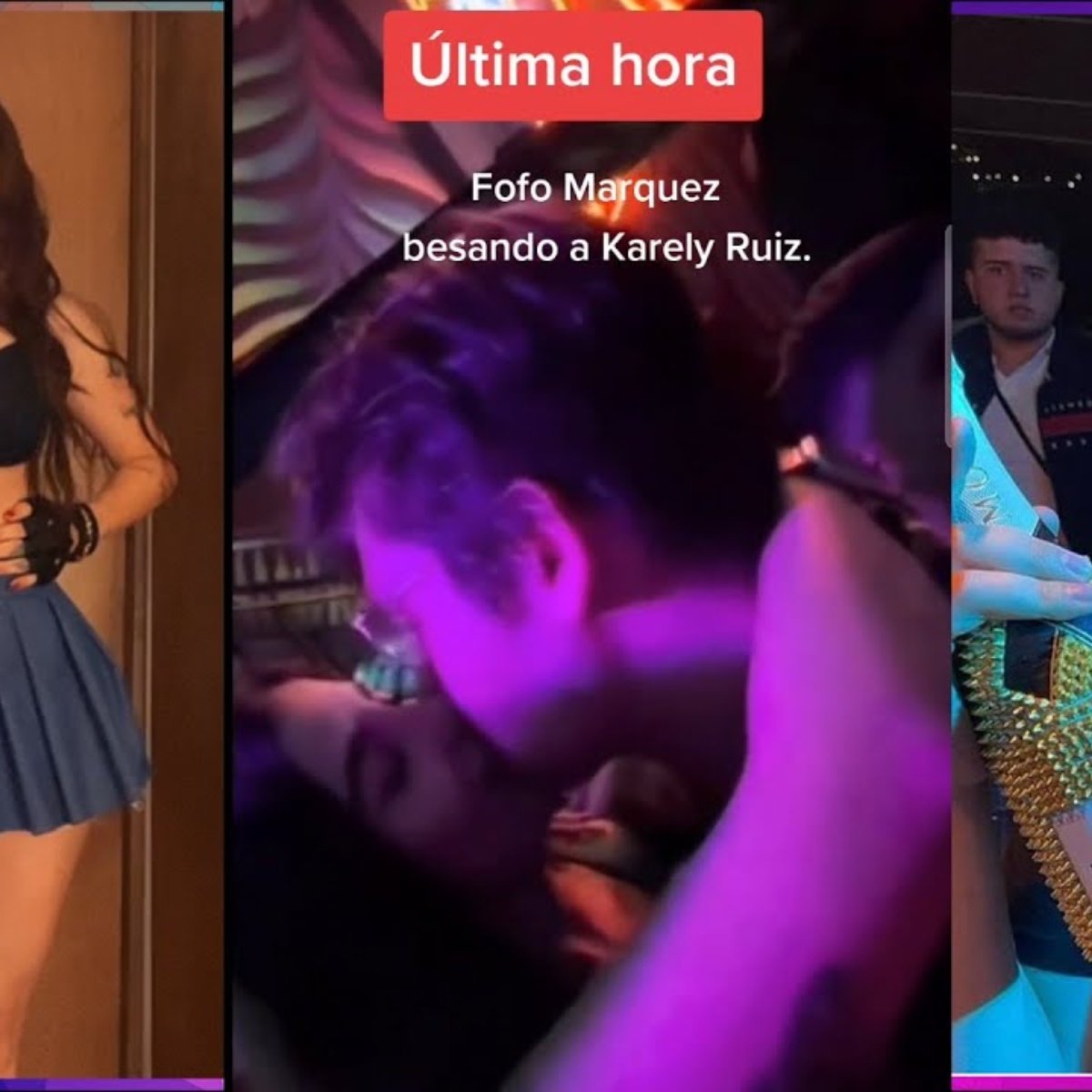 Karely Ruiz became a topic of conversation on social networks and not precisely because of the daring content that she shares without any shame on OnlyFans, but because she is the subject of rumors of a romance with the controversial influencer Fofo Marquez.

The scandal began after a video was leaked on TikTok showing the model originally from Monterrey, Nuevo León, enjoying a club night with her friends. However, the detail that caught the attention of more than one is that she was caught dancing in a very sensual way with “El Niño Millonario”.

On the other hand, you should know that the rumors of romance became more acute when both decided to give each other a passionate kiss. The images did not take long to go viral and immediately seized the main headlines of the Mexican entertainment news.

It may interest you: Was Maya Nazor unfaithful to the Santa Fe Klan? Fofo Márquez assures that he is the father

Are Karely Ruiz and Fofo Marquez a couple?

The idea of a possible romance between Fofo and Karely sparked a strong debate on social networks, since more than one netizen assures that the two were carried away by the heat of the drinks and the fury of the moment, while others believe that said videos were filtered on purpose to gain relevance just as it happened with the content that she shares on OnlyFans.

Also, a crazy theory ensures that the model from Monterrey has approached him to obtain economic benefits, this despite the fact that she receives generous earnings for her photos and videos. It should be noted that so far no statements have been obtained from the two that deny or confirm a romance.

Who is Fofo Marquez?

According to information circulating on the Internet, which AmericanPost.News brings to you, Fofo Marquez is an influencer and content creator for YouTube who has stood out for being a controversial character who boasts his luxuries and excesses on social networks, which means that he is not very loved by some netizens.