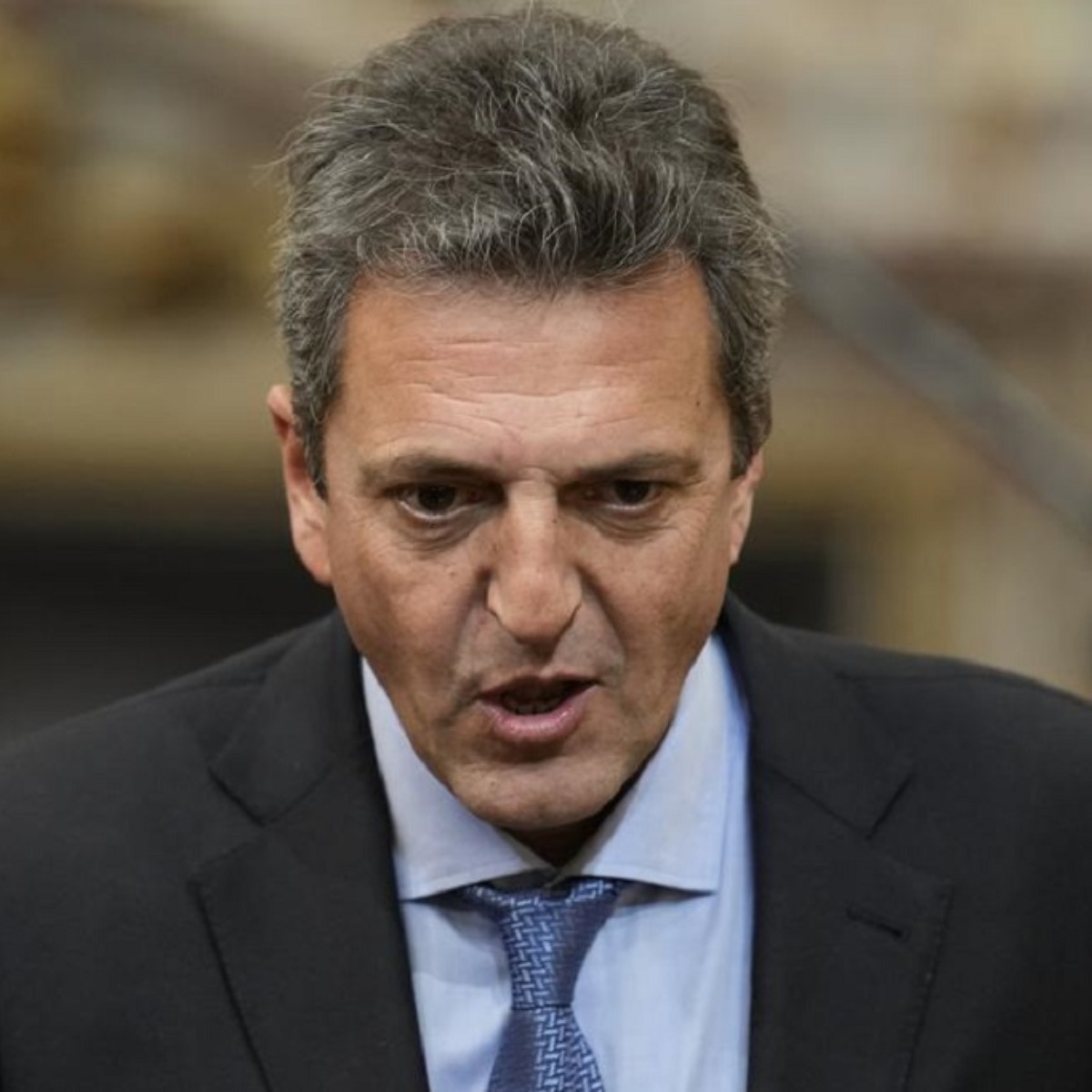 The government of Argentina announced on Thursday the appointment of an economic “super minister”, the third Economy Minister in less than a month, as the country battles high inflation and the fall of the currency.

Sergio Massa, head of the lower house of Congress, the Chamber of Deputies, will head a new ministry that combines the current ministries of Economy, Productive Development and Agriculture, the government of President Alberto Fernández said.

Argentina appoints its third economy minister in less than a month

Massa, a lawyer who is an influential leader in the governing coalition, will have to give up his legislative seat to take on the new Cabinet post.

As we mentioned in AmericanPost.NewsBatakis took over as economy minister on July 4, two days after Guzmán resigned as tensions flared within the ruling alliance.

The Argentine peso has depreciated drastically

Since then, the already sinking Argentine peso has depreciated sharply in financial markets amid widespread expectation that a formal devaluation is all but inevitable at a time when inflation is running at an annual rate of over 60 percent. % and the Central Bank is running dangerously low on hard. foreign exchange reserves.

Massa, a powerful former mayor who has long been a presidential candidate and has a strong base among voters in the country’s most populous province of Buenos Aires, is seen as a pro-market moderate with strong political clout. to negotiate with different factions of the country. coalition as the opposition. He also spent years building connections with the country’s business elite, as well as officials in the United States.

Massa was named to Fernández’s cabinet the same day Batakis returned from the United States, where he met with International Monetary Fund officials amid questions about the future of a deal to restructure $44 billion in Argentine debt.

Batakis also met with officials from the US Treasury and the World Bank and said confidently that he had the support of all sectors of the country’s ruling coalition.

Left-wing members of the ruling coalition, including Vice President Cristina Fernández, who was also a former president, have been highly critical of the IMF deal crafted by Guzmán. They argue that it includes too many concessions that would hamper Argentina’s economic growth.

Massa was chief of staff for almost a year during the first term of the presidency of Cristina Fernández, 2007-2015. He later became critical of her former boss as he pursued his own presidential ambitions.

Cristina Fernández and Massa came together again in 2019 under the broad coalition led by the current president in which disparate members of the Peronist movement joined forces to defeat the re-election bid of conservative-leaning then-president Mauricio Macri.

Massa’s appointment comes after days of speculation that a cabinet reshuffle was looming, as it became increasingly clear that Batakis did not have the backing of the splintered coalition to take on the politically sensitive role.

It may interest you: Argentina: Minister of Economy resigns amid problems with the peso

Almost 40% of the population of Argentina is poor

Massa will now have to play the role of peacemaker in a country where almost 40% of the population is poor and has increased protests calling for more social welfare, which clashes head-on with IMF demands to cut spending. .

The first rumors that Massa would join the Cabinet caused a slight increase in the value of the peso on Thursday, as well as increases in the prices of government bonds and local shares.

Market analysts warned Thursday night that the increases would be short-lived if the reorganization does not translate into a change in the government’s economic policy.

“What is relevant is not the name change” but whether Massa will have “the ability to implement fiscal and monetary measures within a comprehensive plan that enjoys broad political support within the ruling coalition,” said Gustavo Ber, an economist who heads the Ber Studio Consulting.

Opposition members also said that more than a reorganization is needed if there is to be hope of things changing.

“The restructuring of the Cabinet of Argentina is not enough,” Mario Raúl Negri, a deputy who leads the opposition bloc Unión Cívica Radical in the Chamber of Deputies, wrote on Twitter. “What is needed is a plan, which the government does not yet have.”