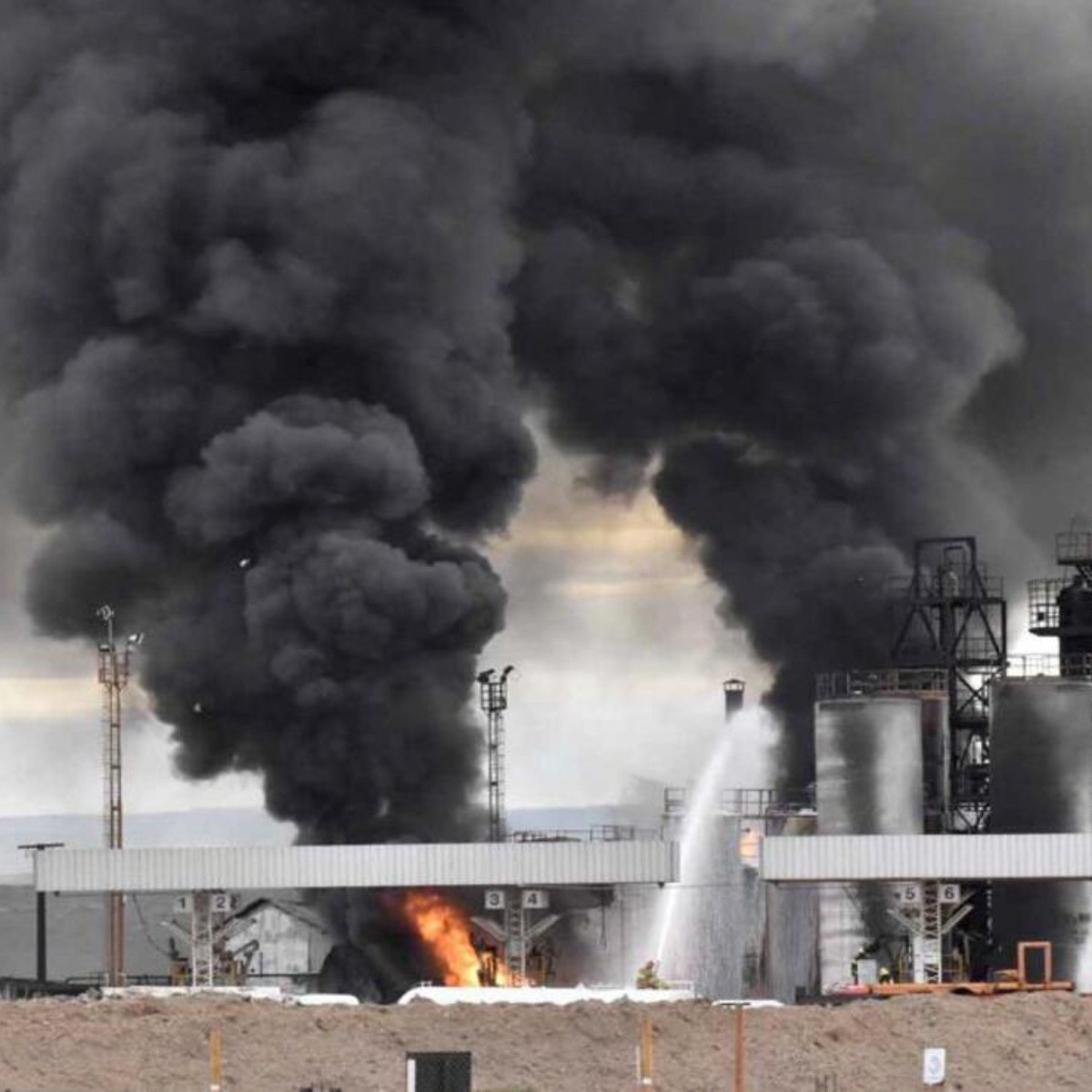 Buenos Aires, Argentina.- A fire at an oil refinery located in the Argentine province of Neuquén caused the death of at least three workers on Thursday.

various endowments of volunteer firefighters tried to put out the flames after the explosion that occurred during the early morning in a crude oil storage tank from the New American Oil refinery, near the town of Plaza Huincul, some 1,300 kilometers south of Buenos Aires.

The mayor of Plaza Huincul, Gustavo Suárez, told the media that the three workers who died were inside the plant at the time of the explosion.

Ernesto Karstan, one of the firefighters who participated in the tasks of extinguishing the flames, pointed out that about six colleagues were treated for carbon monoxide inhalation.

Karstan pointed out that It is unknown what caused the explosion in the tank of the plant that refines fuel in an industrial park located about five kilometers from Plaza Huincul.

The coordinator of the Police Security Directorate, Commissioner Roberto Bello, said that the fire caused in one of the tanks “took over the entire refinery”, although “one of the most complicated sectors could be controlled by cooling the area to that (the fire) does not spread to other tanks.”

New American Oil, which did not comment on the fire, defines itself on its website as an Argentine company with extensive experience in the oil and fuel market that provides “comprehensive fuel supply solutions to different sectors of the Argentine market and other countries. bordering”.

The Union of Private Oil Workers of the provinces of Río Negro, Neuquén and La Pampa called for a total stoppage of activities “because of the disregard for life and safety.”