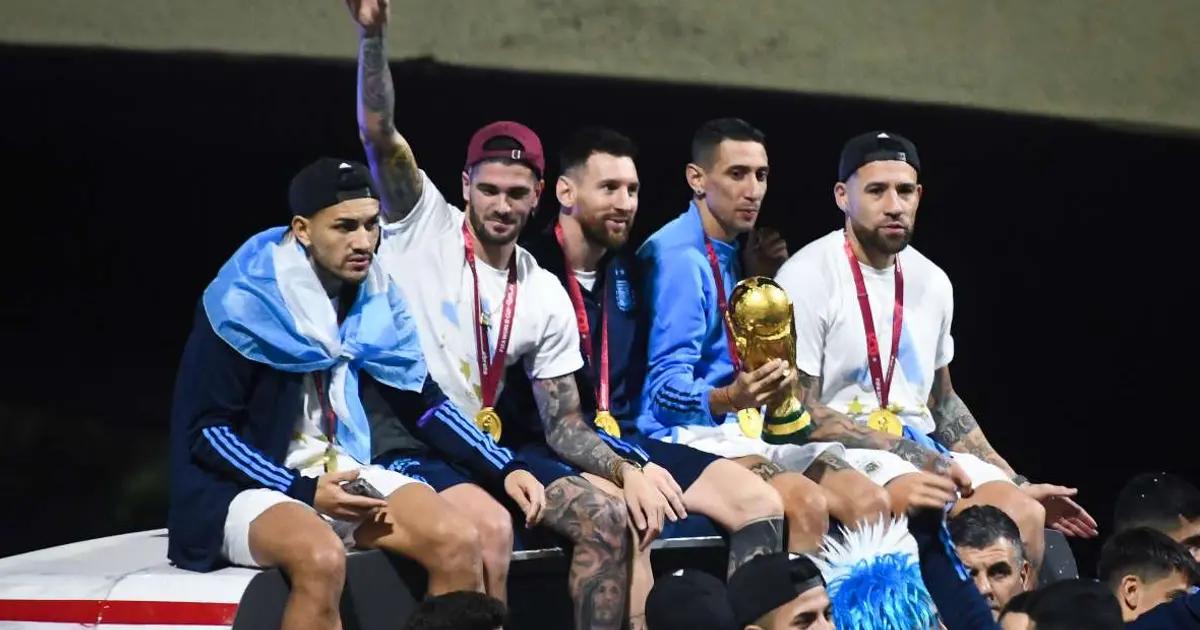 The arrival of Argentina’s national team in Buenos Aires to celebrate winning the Qatar 2022 World Cup was a national celebration for fans and players alike, all celebrating the feat.

However, one of the biggest controversies occurred during the motorcade when Argentina’s center-back, Nicolas Otamendi, allegedly rolling a joint with Rodrigo De Paul, appeared in a video.

In particular, Otamendi had a piece of paper in his hands that, on several occasions, he put in his mouth and appeared to be rolling and rolling together, similar to the process when making a tobacco or marijuana cigarette.

However, other versions claim that the defender was trying to open a juice to deal with the strong temperatures that the players faced during the tour.

De Paul was drinking wine during a large part of the caravan in the open-top bus.

The controversy has gone around the world, and there have been divided comments, with some fans not believing Otamendi’s alleged action. In contrast, others felt that after winning the World Cup, the player could celebrate as he wished.