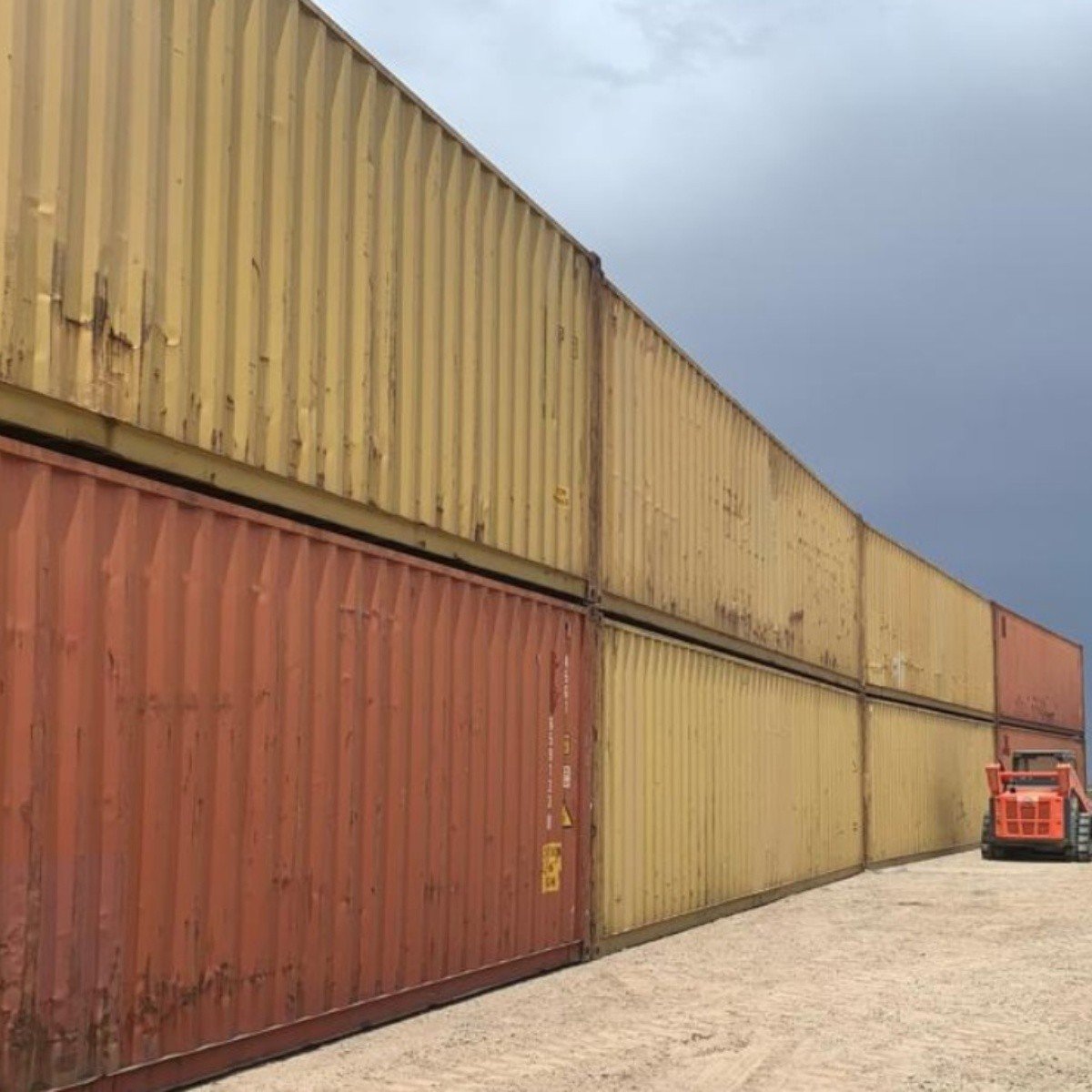 Arizona.- The Governor of Arizona, Doug Ducey, ordered to plug the gaps in the United States border with Mexico with containers, after the president Joe Biden put an end to ‘Stay in Mexico’the controversial immigration program of Donald Trump.

Through a statement published this Friday, August 13, 2022 on his official Twitter account, the governor of Arizona announced that he ordered the state Department of Military and Emergency Affairs cover the gaps in the border wall with Mexico.

“I have issued an executive order directing the Arizona Department of Military and Emergency Affairs to immediately fill the slots in the yuma border wall“, detailed Doud Ducey.

With this new physical barrierwhich will be made up of 60 double-height cargo containers closed with welding, the Republican politician seeks stop people who want to cross the border to the USA from Mexico.

After the White House ended Trump’s immigration program, Ducey accused the Biden administration of neglecting border securitya, and maintains that his government has stepped in to “clean up the mess” of Biden over and over again.

“Arizona has had enough. We can not wait any longer. The Biden Administration’s lack of urgency on border security is a dereliction of duty. For the past two years, Arizona has gone to great lengths to work with Washington to address the crisis at our border,” he said.

The governor of Arizona maintains that the countries of the southern United States, that is, Mexico and Central America, are entering his territory and overwhelming law enforcement, hospitals, non-profit organizations and residents, so which states that it is their responsibility “to protect our citizens and law enforcement from this unprecedented crisis.”

“With the resources and manpower in the right places, our Border Patrol and law enforcement will be better equipped to do their jobs right and stop the cartels from exploiting our communities. That’s exactly what our barrier will do,” she added.

Last Monday, August 8, President Joe Biden announced that the Department of Homeland Security would begin an orderly withdrawal of the controversial “Stay in Mexico” program, approved by Trump, after a federal judge in Texas annulled the order to restore the program that forced asylum seekers to wait in Mexico for their cases to be processed.

The petition was based on the ruling issued last June by the US Supreme Court, which ruled that the Biden administration can end the immigration policy established by its predecessor in 2019.

Trump’s controversial program had already been eliminated by Biden in February 2021, however, after a lawsuit led by Texas, the courts forced the US government to restore it last December, until the Supreme Court issued its ruling.

With information from Reform.