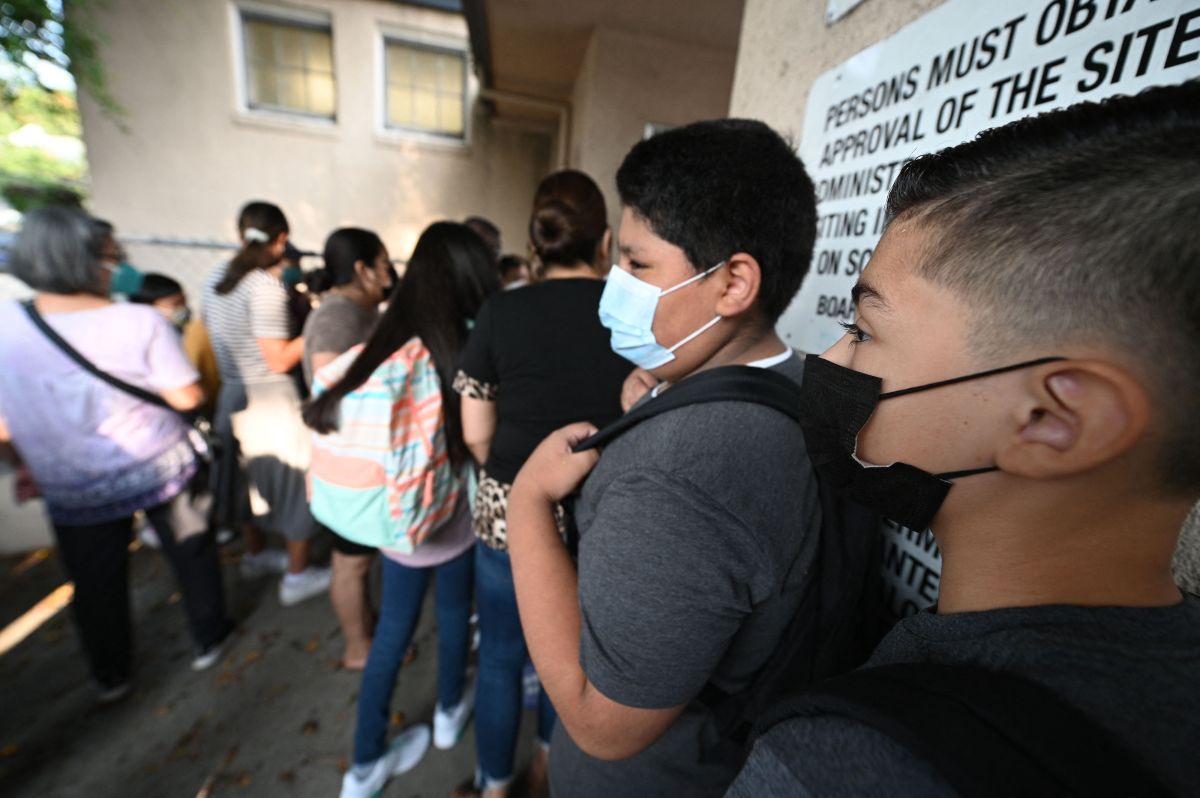 An Arizona judge ruled that the prohibition of mask mandates to prevent the spread of COVID-19 in public schools, as well as various other laws included in the state budget by Republican state legislators, are unconstitutional, according NPR.

The ruling frees public school leaders from all Arizona to require that students, staff, and visitors wear face masks on campus.

The law prohibiting masks from being required in schools was scheduled to go into effect Wednesday.

The judge also annulled a series of other policies adopted as part of the state budget, including a ban on vaccine requirements for public universities, community colleges, and local governments, anti-voter fraud measures for ballots, and a ban on teaching critical race theory in public schools.

All of this, the Maricopa County Superior Court judge wrote, Katherine Cooper, it is unconstitutional and unenforceable.

“The issue here is not what the Legislature decided, but how it decided what it did,” Coper wrote.

Cooper cited two rules from the Constitution of Arizona to support your decision.

One of those rules states that a bill can only address one thing, or one issue, at a time. When it comes to budgeting, the issue is clearly supposed to be how to spend taxpayer dollars, Cooper wrote.

And another constitutional rule of that state requires that bills be given a title that accurately reflects the content of the bill.

For now, Cooper’s ruling is a victory for a coalition of educational and civic groups, led by the Association of School Boards of Arizona.

Attorney Roopali Desai, who argued the case on his behalf, called the ruling “huge,” with far-reaching implications for children’s health, as well as future budgeting practices, according azcentral.com.

Democrats in the Assembly of Arizona They said the ruling indicates that lawmakers should stop the “roll of record” process that consists of Add items to a bill to get enough support for approval.

And they applauded Cooper for reminding Republicans to uphold the Constitution.

Governor Ducey promised to challenge it

The governor’s office Doug ducey He called the ruling “judicial overreach” and added that the judge should not be involved in the process of drafting the law.

“Unfortunately, today’s decision is the result of a dishonest judge interfering with the authority and processes of another branch of government,” spokesman CJ Karamargin said in a statement.

The ruling could have consequences for the incentives Ducey promoted last month to encourage schools not to impose mask and vaccine requirements. The governor offered $ 1,800 per student to districts that did not have mask requirements at the beginning of the school year, as well as coupons of up to $ 7,000 for parents wanting to remove their children from school districts with mask mandates.