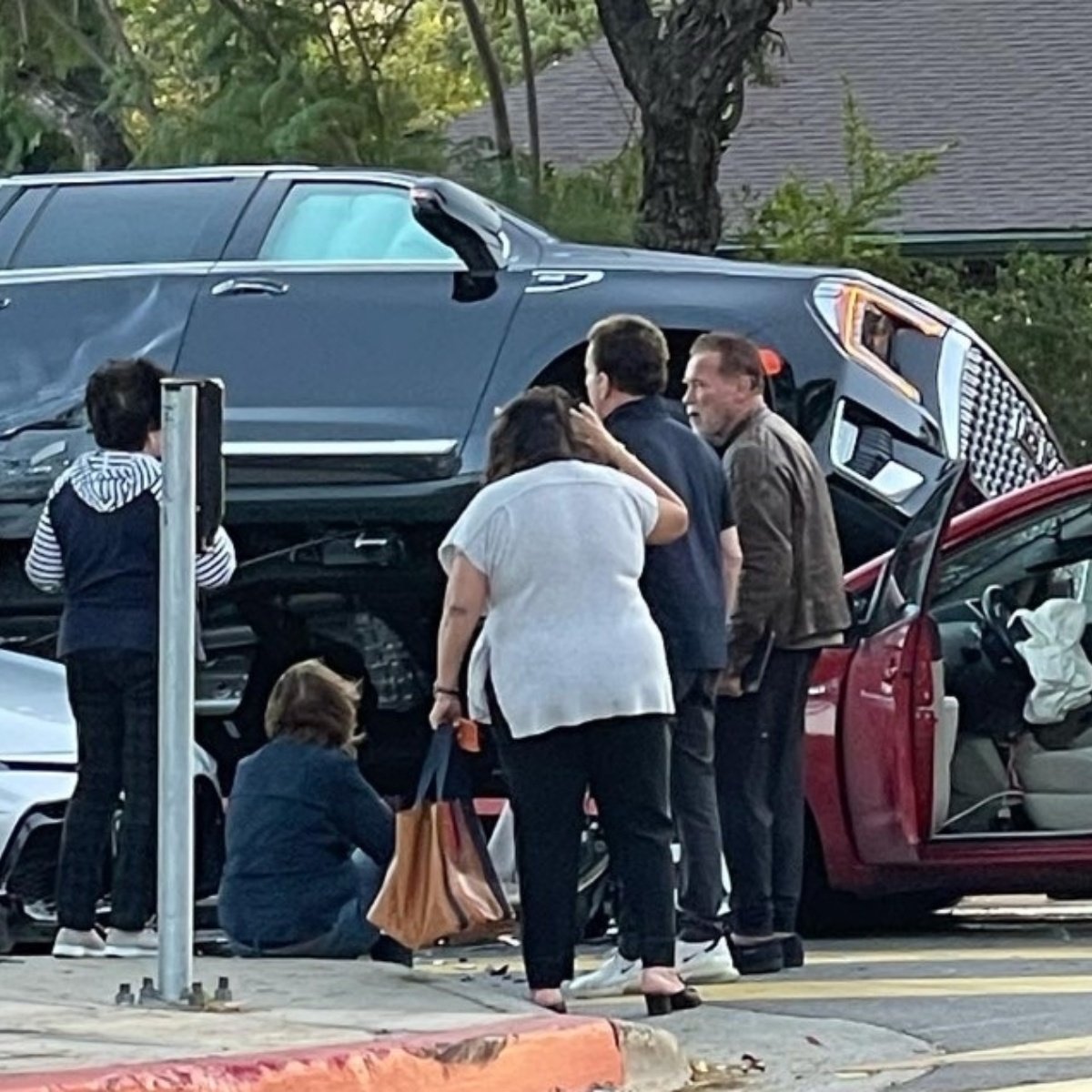 Hollywood legend, Arnold Schwarzenegger, is well after being involved in a shock car crash in which a woman was taken to hospital with minor injuries, a spokesman said.

The 74-year-old former California governor was driving a GMC Yukon that was among the four vehicles involved in Friday’s crash in the Brentwood section of Los Angeles. A woman was rushed to a hospital for an abrasion to the head, police said in a statement.

The Los Angeles Police statement said that alcohol or drugs are not suspected to be a factor in this collision, but did not mention the cause of the crash. Actor Arnold Schwarzenegger was not injured and remained at the scene, spokesman Daniel Ketchell said on Saturday.

Arnold Schwarzenegger was in a serious car accident after he flipped over onto another vehicle. According to early reports, Schwarzenegger’s black Yukon was sandwiched between a red Prius and a white Porsche Cayenne.

May interest you: This is what the mansion looks like where Arnold Schwarzenegger cheated on Maria Shriver with the maid

The report notes that the driver of the red Prius was injured after the Yukon rolled over and collided with her. The Yuko rolled until it landed on top of the third vehicle.

Who is Arnold Schwarzenegger?

Recently, Arnold Schwarzenegger divorced after infidelity with his housekeeper after more than 10 years of legal complications due to lack of agreements with Maria Schriver, and donated 25 “mini houses” to homeless war veterans in Los Angeles, California.