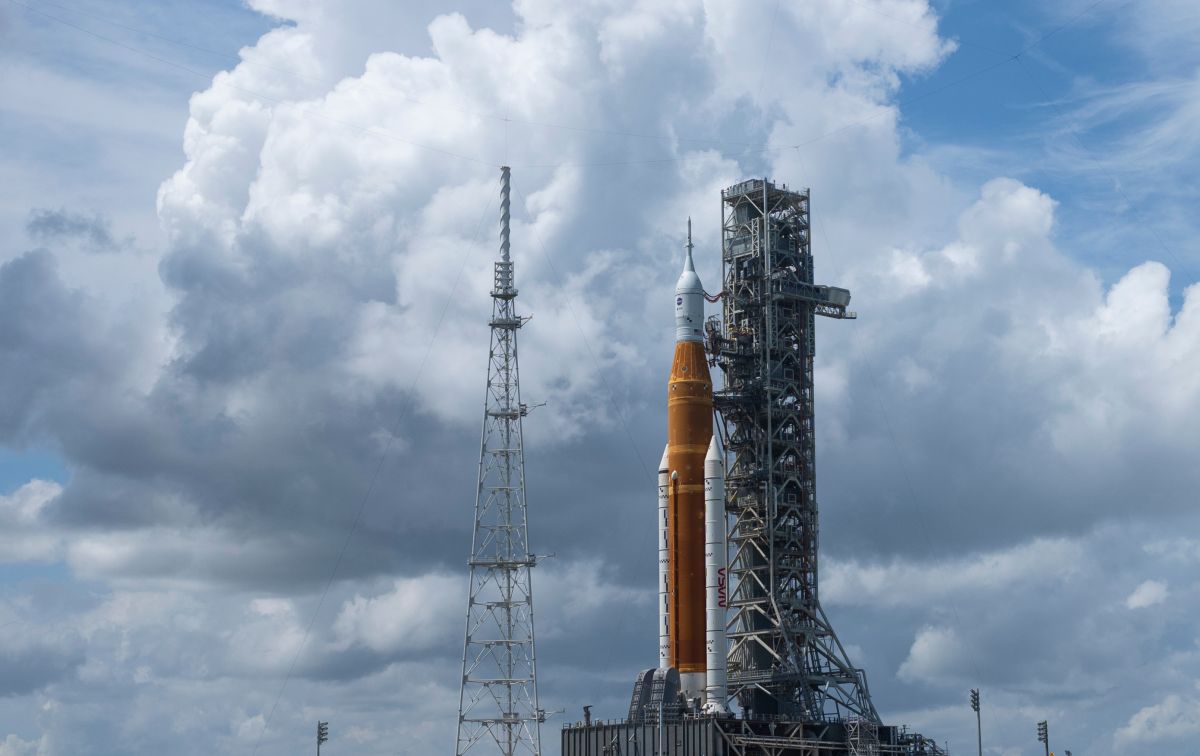 NASA announced that it will make another attempt to launch the Artemis I lunar mission next Saturday.after canceling the launch on Monday due to an engine problem.

The space agency is working for the debut of its rocket Space Launch System (SLS) and the Orion capsule, for what would be a trip of more than a month around the Moon.

On Monday, NASA was unable to resolve an identified temperature problem with one of the rocket’s four liquid-fuel enginesdiscovered with less than two hours to go before the countdown.

NASA SLS program manager John Honeycutt said during a news conference Tuesday that the agency believes the engine problem was due to a faulty sensor, given data analysis that showed propellant flowing as expected. .

Honeycutt noted that the rocket’s technical team is still reviewing the data and still needs to “refine our plan” to make a Saturday launch possible. If NASA needs to get SLS off the launch pad to access the engine sensor, it would likely mean a delay of weeks or months before another launch attempt.

“Replacing the sensor on the launch pad would be tricky,” Honeycutt said.

NASA’s Artemis I mission manager Mike Sarafin said the team will change the propellant loading procedure on the rocket and start trying to cool the engine to the optimum temperature earlier during the countdown.

In particular, weather remains a concern over whether NASA can attempt a launch on Saturday, according to Space Force Weather Launch Officer Mark Burger.

“The probability of a weather violation at any point in the countdown still seems pretty high to me,” Burger said during the news conference.

NASA said a two-hour-long launch window opens at 2:17 p.m. ET on Saturday.meaning it could take off anytime between then and 4:17 p.m. — a very good chance,” despite a roughly 60% forecast that weather would prevent the rocket from launching.

The uncrewed flight will be the first of the most powerful rocket ever assembled by the agency and will kick off NASA’s long-awaited return to the Moon’s surface. It marks the beginning of NASA’s Artemis lunar program, which is expected to take the agency’s astronauts to the Moon on their third mission in 2025.

While Artemis I won’t carry astronauts or land on the Moon, the mission is critical to proving that NASA’s monster rocket and space capsule can deliver on its promised abilities. Artemis I has been delayed for years, with the program billions over budget.

Also read:
NASA suspends launch of Artemis I mission to the Moon
Mission Artemis I dodges storms and maintains its launch plan for the Moon
· What would happen to the Earth if the Moon disappeared?