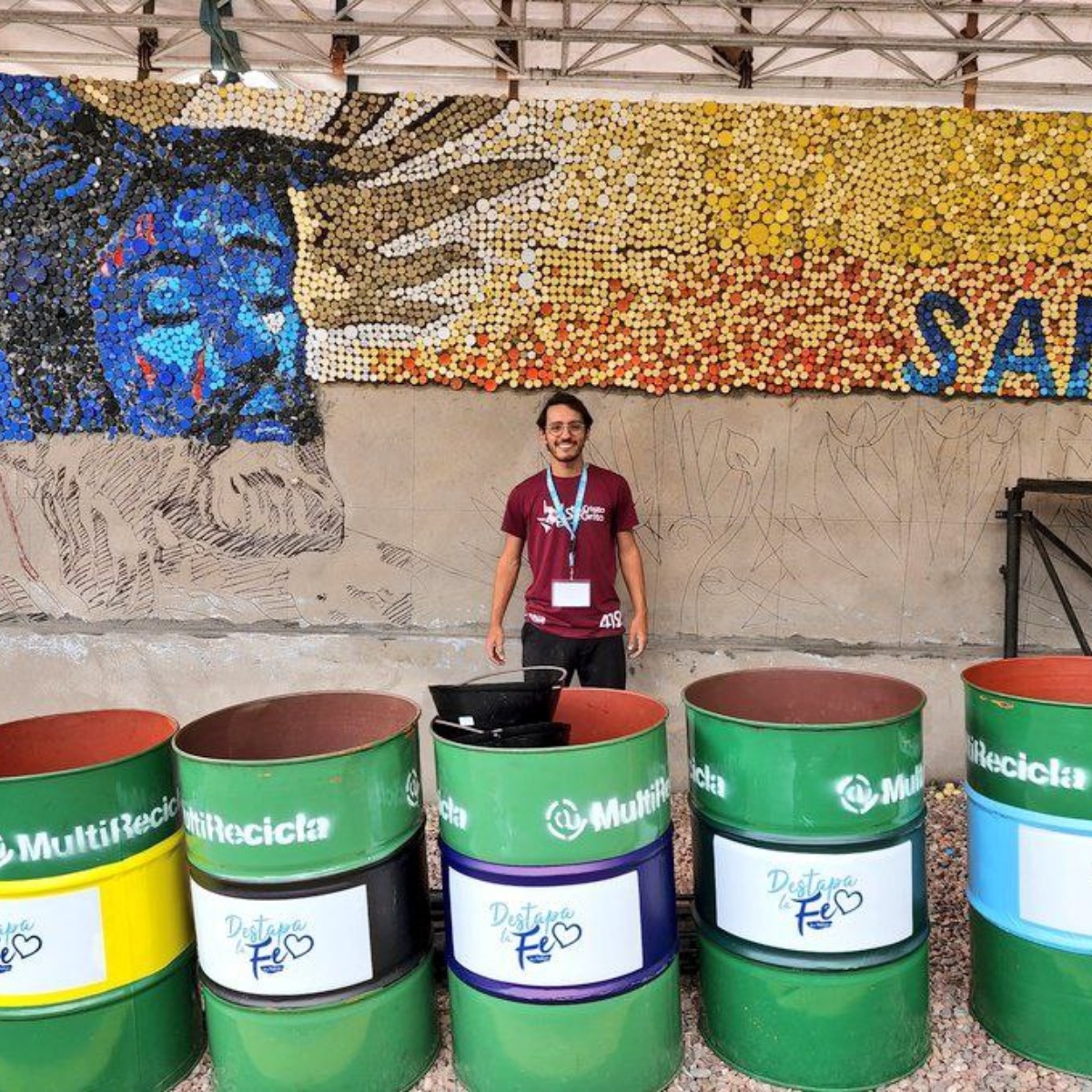 With this project, which became a reality thanks to the help of hundreds of people who donated tapas, the artist seeks to unite art, recycling and faith in the inhabitants.

Mural of the Holy Christ of the Scream

��The Venezuelan artist Óscar Olivares, together with the Frelat Foundation of the Jáuregui municipality, concluded the construction of the mural in honor of Santo Cristo de La Grita. The work was carried out with 20,000 plastic covers.

“In the La Grita mural we have obtained many tapas from Colombian brands. It is interesting that each mural of tapas is unique because of the different brands and colors of the region, as well as reflecting the consumption of the people. In each mural there are unique tapas, ”he commented through his social networks.

Through his Instagram account, Olivares made the finished mural official, which began at the end of July. It is located at the entrance to the Sanctuary of La Grita, in the Basilica of the Holy Spirit in the municipality of Jáuregui in the state of Táchira, bordering Colombia.

The mural measures 2 meters high by 10 wide, where thousands of people also participated, including children, altar boys from the sanctuary and the Brotherhood of Santo Cristo.

On the other hand, Olivares pointed out that they managed to collect the tapas thanks to the collaboration of the inhabitants and the Frelat Foundation, which is dedicated to finding and promoting new traditions around the saint’s festivities.

The religious perform in honor of the 412 years of Santo Cristo de La Grita, a demonstration that has been held every August 6 since 1610. It had not been held for two years due to the covid-19 pandemic.