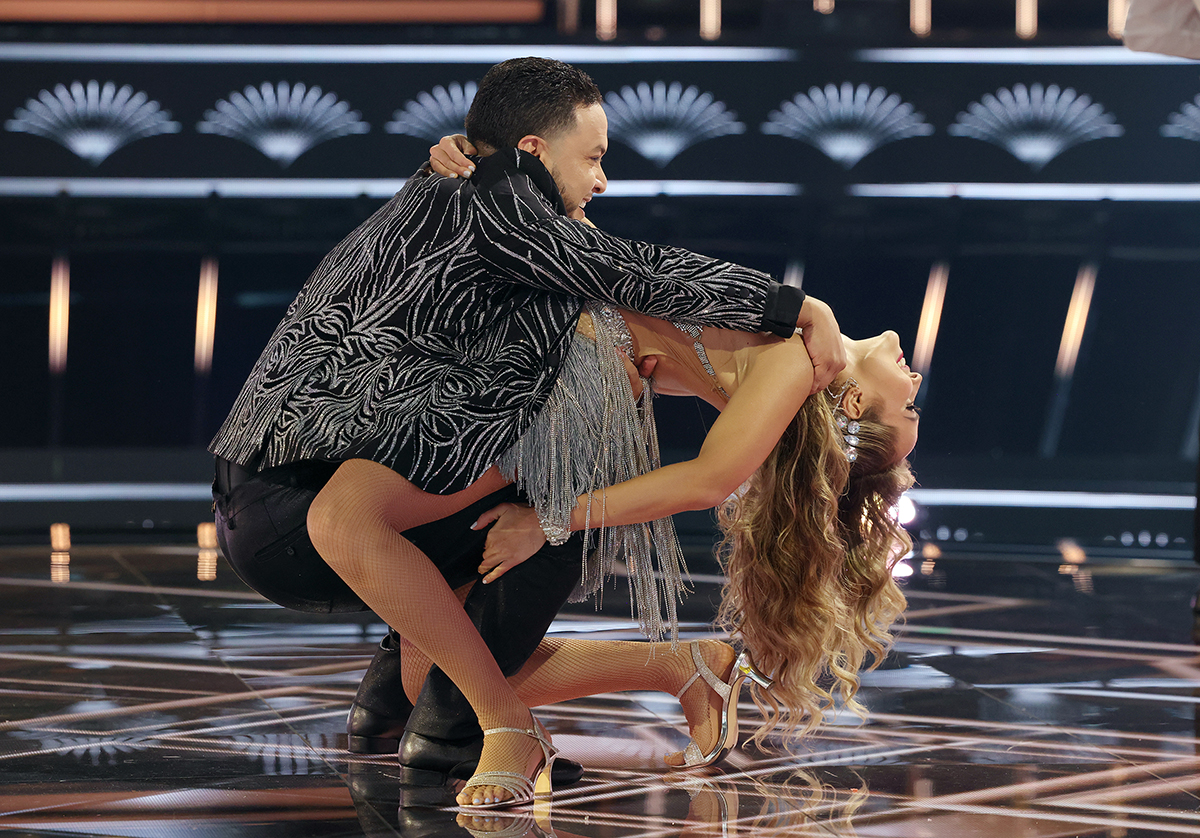 Although everything you saw in the second gala of ‘Así se Baila’ seemed to be full of harmony, the truth is that heThe duels brought controversy and controversy, but not between the famous couples, but from them to the judges.

In this second gala, the spicy was already included, as the duels began, where the jury composed of Adamari López, Mariana Seoane and Cristián de la Fuente, and the Golden Couple, Lorenzo Méndez and Jessica Díaz, had to choose who would win, and those who went to a second round, with a new choreography where two would be saved and two nominated.

The first to hit the track were David Chocarro and Carolina Laursen, who danced a salsa, a rhythm that is not very characteristic in Argentina, where the actors are from, but which nevertheless left the jury very impressed.

The duel was against Elyfer Ferrer and Polo Monárrez, who, in this case, were chosen by the Chocarro couple. Let’s remember that in the first gala they were among the two favorite couples and, as a prize, they could choose their opponent.

Elyfer and Polo had to dance urban, and although their performance appeared to be very good and the judges raved about them, they were nominated.

This sparked the first controversy. On the one hand David and Carolina Chocarro felt guilty for choosing them and have left them in this situation, and on the other hand, we could know that Elyfer did not have a good competitive attitude, he would have locked himself in his dressing room to cry.

The second duel was already chosen by the production and was between Kimberly Jiménez and Yasmany Rodríguez, and Laura Flores and Gabriel Porras.

The first to hit the track were Kim and Yas, who danced ‘Más Que tu Amigo’. In their case, although the three judges rescued the growth, especially of the Miss Dominican Republic, they asked for more. It was there that she confessed that it had been a very difficult week due to the attacks she has received on social networks where they tell him that if he does not dance, why did he accept.

Laura and Gabriel followed with a bachata, ‘Carita de Inocente’, where the three judges agreed that they were very sensual when dancing and that they knew how to listen to the advice they were given the previous week: he less gestures, and she more fluency.

The third duel was between the brothers Samadhi and Adriano Zendejas, and Gregorio and Luna Pernía… This was between families, but, although the jury once again spoke well of everyone, the Colombians were the ones sentenced.

Samadhi and Adriano danced ‘I Forgot Another Time‘, and what Adamari, Cristián and Mariana emphasized was the mutual understanding of the brothers, and how the love between them is noticeable. However, Samadhi confessed that they did not even know the rhythm, so they decided to tell a story.

In the case of Los Pernía, not everything went so well dancing ‘Mi Niña’Well, the age difference was also noticeable on the track. While Luna was unleashed with her flow, Gregorio could not always follow his daughter.

The fourth and last duel, lives up to its description, because that is what happened between the couples composed of the spouses, Jennifer Peña and Obie Bermúdez; and the ex-spouses Sandra Itzel and Adrián Di Monte.

The singers danced ‘Abusadora’, surprising the jury, especially Obie Bermúdez, who has confessed that he cannot dance. However, this week he made a noticeable change, which he even used lines of dancer arms on the Telemundo reality track.

Surely if they had duel with another couple, perhaps the story would have been different, but they just competed against the only ones who managed to make the jury stand up to applaud them. Yes, Sandra and Adrián impressed with their ‘Todo de Ti’Both the strength, the rhythm and the coordination left everyone with their mouths open.

But not everything ended there, because that tenth couple that we thought had been forgotten, appeared out of nowhere and without much explanation, They are about Kim Loaiza and Juan de Dios JD Pantoja, a couple of influencers whose greatest merit is, apparently, having millions of followers.

Since they only debuted in the second gala, they had preferential treatment, and they did not participate in any duel, therefore they were not in danger of elimination, they simply danced a choreography with the theme ‘Be careful’.

Well, as we were telling you, the couples who lost the duels were Elyfer and Polo, Kimberly and Yasmany; Gregorio and Luna; and Obie and Jennifer… They all had to dance together a choreography of the song ‘Pégate’ by Ricky Martin, where the nominees that we are telling you came off.

Yes, those sentenced in danger of elimination in this gala were Gregorio and Luna, and Kim and Yas, who have 24 hours for their followers to save them.

As we told you at the beginning, this second gala had its controversy and controversy, which you did not see on screen. Among the participants? No! With the judges, because the famous couples have made a great friendship with each other, so they have a hard time competing, and the displeasure would be in the way of choosing the judges, especially because for the three of them all the dances are incredible and they are all their favorites, something that, for them, would not coincide with the way they nominate.

LOOK HERE WHAT THE SAVED COUPLES SAIDS WHAT CAME TO THE THIRD GALA:

• ‘Así Se Baila‘: They are the first nominees in danger of elimination

• ‘Así Se Baila’: The famous couples confess what they liked and what they did not like about the first gala

• Adamari López: “I can dance with Toni because there was and there is love”