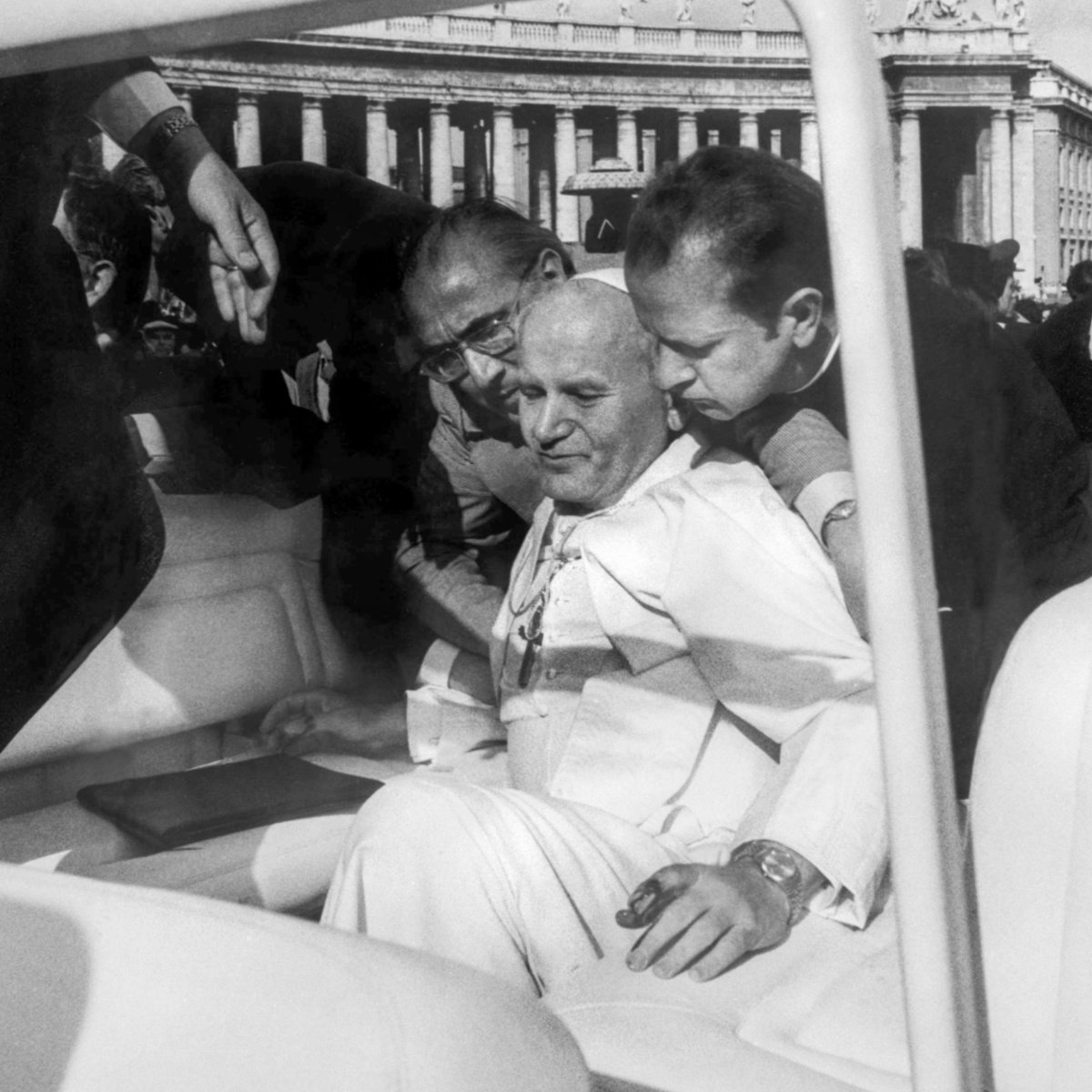 On Friday, May 13, 1981, the attack against John Paul II, who was shot four times by Mehmet Ali Agca’s gun in St. Peter’s Square in Rome. Initially it was indicated that the injuries were not serious, but the pontiff had to be hospitalized in an emergency due to the large amount of blood he had lost.

From that moment, the security measures to protect the highest religious authority increased and the vehicle in which the Polish pope was traveling was armored to prevent his life from being at risk once again.

The windows of the popemobile let the pontiff see from the inside out and from the outside in, while at the same time keeping him away from danger.

As for May 13, this was one of the most important events recorded in history, as the attack shocked the world.

What became of Mehmet Ali Agca, the author of the attack?

He is a Turkish citizen who was part of the extreme right-wing paramilitary group Gray Wolves, and it was he who shot the pope. He almost immediately he was arrested, tried and sentenced to life imprisonment in Italy.

In the year 2000 he was pardoned and extradited to Turkey, where he also had pending crimes; in 2010 he was released.

So far it is unknown what motivated him to carry out the attack against the pontiff, but one of the most credible ways was the “Bulgarian trail”, which pointed to the KGB and the secret services of the GDR, as the instigators of the near assassination of the pontiff.

Historical ephemeris of May 13

In 1619 Jan van Oldenbarnevelt, who was one of the main leaders of the fight against Spanish domination in the Netherlands, was beheaded in The Hague.

Almost 200 years later, in 1809, the Napoleonic troops occupied the city of Vienna.

In 1846 the United States Congress approved the declaration of war against Mexico. That conflict lasted until February 2, 1848.

The most shocking was in 1981, the attack against Pope John Paul II, who was about to die due to the great loss of blood he suffered.