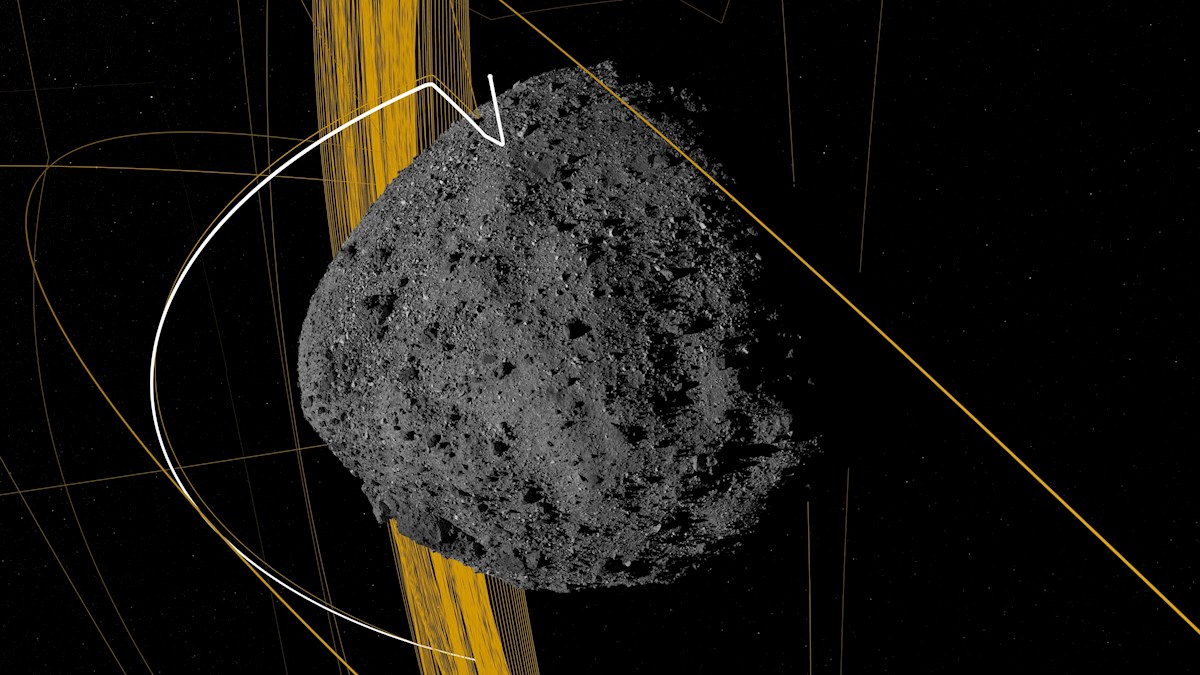 The asteroid Bennu, 500 meters in diameter and one of the main known space threats, will come very close to Earth from the year 2135, although with an “extremely small” probability that it will collide with it.

NASA‘s OSIRIS-REx mission has managed to predict the path of Bennu over the next few centuries, with an accuracy of 2 meters, and has estimated that in 2135 the asteroid will pass closer to Earth than the Moon itself.

From that moment on, the space rock could cross a “gravitational keyhole” that would change its trajectory and take it directly towards Earth.

A gravitational keyhole is a region of space where the gravity of a planet alters the orbit of an asteroid. And according to NASA models, there are very few “eyes” that humans should be concerned about.

“We must bear in mind that the probability of impact, in general, is really smallDavide Farnocchia, lead author of the study, explained during a conference.

NASA’s Center for Near Earth Object Studies had announced a press conference on Wednesday to announce an “important finding” whose effects will not be noticeable for more than a century.

Indeed, NASA has increased the odds of the dreaded impact, although they remain extremely small. From now until the year 2300, the chance that Bennu will collide with Earth is 1 in 1,750, a percentage of 0.057%.

“Now we only have two gravitational keyholes of more than a kilometer that we should consider,” analyzed Farnocchia, who believes that, although Bennu will ignore most of the other “eyes”, that possibility still exists.

Despite the slim chance of impact, NASA has announced the DART mission, with which it intends to design a half-ton spacecraft that can change the trajectory of asteroids when impacting against them or against one of their “moons”.

“We must remember that the risk from Bennu as an individual asteroid is less than the risks from undiscovered similarly sized objects. That is why NASA is making a great effort to discover more than 90% of near-Earth objects over 140 meters in size, ”concluded Farnocchia.

Protecting the planet seems to mark a new stage in the space race.

A few weeks ago, China has planned to launch 23 rockets to deflect the asteroid Bennu, which is now more than 320 million kilometers from Earth.

For its part, the US launched the OSIRIS-REx mission in 2016 to study Bennu and better understand how asteroids work.

“We have never modeled the trajectory of an asteroid with such precision,” Farnocchia said.

Continue Reading: An extensive and complex drug trafficking tunnel is discovered on the US-Mexico border