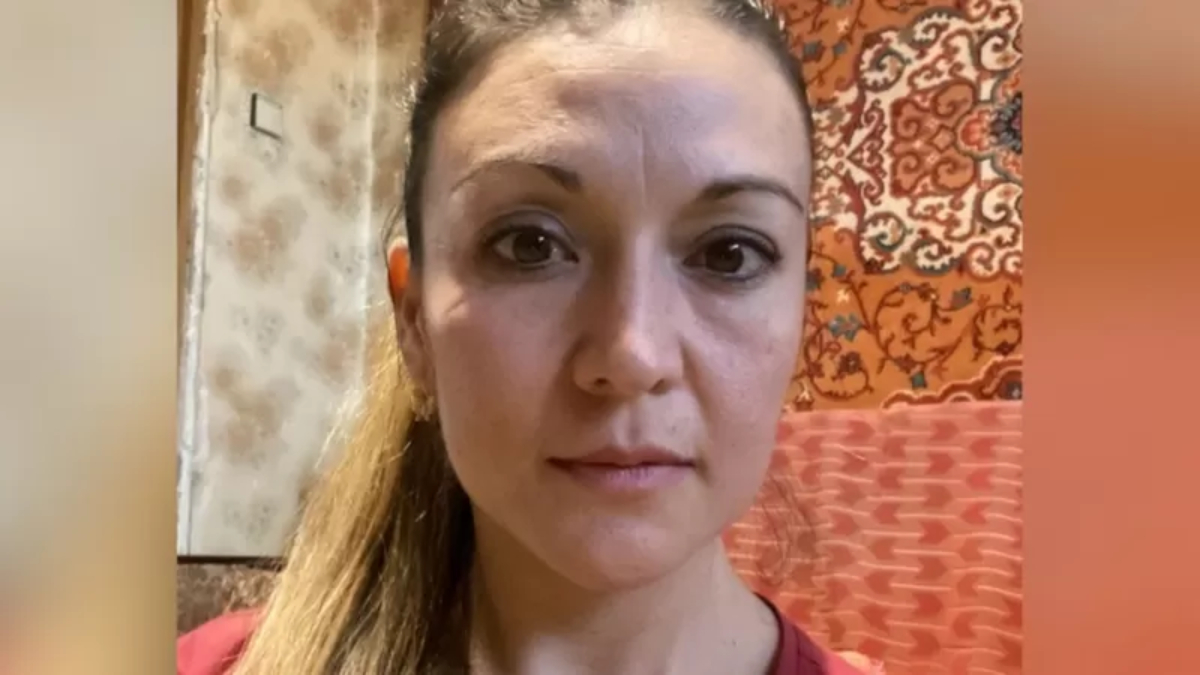 The feeling of security, tranquility and calm can end overnight. For the Mexican Silvia Mercado, a resident of Ukraine for seven years, the sound of an explosion this Thursday at 5 in the morning changed everything.

She was sleeping at home in Kharkiv, the country’s second largest city in the northeast, when her baby woke her up. She thought she was hungry, but she went then when heard the shots.

He turned on the television. The Ukrainian president, Volodymyr Zelensky, confirmed it in a speech to the country: “Ukraine is defending itself and will not give up its freedom, whatever Moscow thinks“.

Until this Thursday, Mercado remained calm and assures that Kharkiv was operating relatively normally.

He was confident that the military operation announced by Vladimir Putin at 05:50 Russian time on Thursday (04:50 Ukrainian time, 02:50 GMT) would focus on the Donetsk and Luhansk regions, the pro-Russian areas that were in conflict with Ukraine since 2014 and which Putin recognized as independent on Monday.

However, explosions have been reported in several cities in the country, such as the capital Kiev and Kharkov. This is Mercado’s account since the latter.

“Panic is already felt in the city”

Between 5 and 5:15 am we were woken up by shelling. I woke up because the girl woke up first. I thought she wanted to eat.

But then we started hearing the shots. At that moment we didn’t think it was bombing. It is a very strong word, but they repeated themselves.

Then we started to see it in the news. I received many messages from Mexico.

Here no one in town expected this. Just yesterday, the mayor said to keep calm, that the army was prepared and that everything was cordoned off to protect us.

Today I look out of the balcony trying to see where the detonations are coming from, looking for smoke, but what really reaches me is the sound.

They are supposed to attack military targets, but we don’t really know. Kharkov is the second largest city in the country, but it is said that the Russians are already entering the areas closest to.

Before, the conflicts were centered in the Donbas area, but today we have the news and there is talk that there have been attacks in practically the entire region. Already there is no safe zone.

Panic is already felt in the city. There is chaos people have already saturated the roads, they want to get out. My husband couldn’t fill gas because of the long lines there are.

Supermarkets are full. Panic buying is already taking place in shopping malls. Luckily there are many shopping centers that do supply.

Martial law, a state of emergency, has already been imposed. Transportation is free for people to get around.

Those who worked were told they could go home and go to their families.

The president of Ukraine has been giving speeches on television. He said that they were attacking us and that we were waiting for the counterattack. That no longer gave us peace.

Already on Monday Putin had announced the shipment from Russian troops to the rebel regions of Donetsk and Luhansk, after recognizing the independence of both.

It is the latest chapter in a conflict that dates back to at least 2014, when Russia seized control of Ukraine’s territory of Crimea and supported pro-Russian separatist forces in the Donetsk and Luhansk regions.

But the reports of explosions and attacks in other regions of the country have surprised many, like Mercado.

The Mexican and her family had no intention of leaving the country. Until this Thursday they did not consider it necessary.

I know estimates that 96 Mexican families live in Ukraine. In recent weeks, the Cancillary and the ANDmbajada from Mexico in Ukraine hasn developed strategies to assisttoyes protect himtos in the escalation of the conflict, including caravans to take them to safer areas.

“There are no longer any safe zones in Ukraine. We hope to leave the country.”

The embassy first mobilized several to the southern zone, with a caravan for all the Mexicans who wanted to join. But southern Ukraine is no longer safe either. There were also attacks there.

We recently received another message from the Embassy and there will be a second caravan that will try to take us to another country.

Those of us who can or who want to join, the embassy is willing to get us out, but everything is already very complicated. the roads are blocked for the people.

As a family we have to sit down immediately to discuss the mobilization and displacement to another country. We hadn’t considered it before, among other things because we’ve been doing the Ukrainian passport process for my one-and-a-half-year-old daughter for six months. It is another of the complications that we have.

She’s my daughter. What price do you have to pay? She has one year in this world.

She can’t leave the country right now. I am requesting some kind of permit. We are talking to finalize the plan. We’re still at home, waiting for news. We hope that the process will be completed soon so that we can leave.

I have Latin American acquaintances who have already moved. But right now traveling to these areas no longer implies peace. It is no longer safe to stay inside Ukraine because there are attacks everywhere.

For example, the Mexicans were mobilized to Ivano Frankivsk, in the south, but here too there have already been detonations.

Being here is no longer safe as I have so often proclaimed and defended when my family asked me.

Before, my family in Mexico was alarmed and I kept calm. Nothing was really happening. There was no attack or mobilization anywhere other than in the Donbas area that was practically taken over since 2014.

I arrived in Kharkiv at the time the Crimea happened. And then everything was very different. There was absolutely nothing to be seen here. No tension was felt.

Perhaps the economic crisis was seen more, the Ukrainian currency suffered a brutal devaluation. But back then, here in the city, there was no tension at all.

“If I have to leave Ukraine…”

I met my Ukrainian husband while working at a hydroelectric plant in Mexico.

I am from Nayarit and I am an engineer in business development and innovation.

After meeting my husband I traveled to this city, the first thing I knew of Ukraine. I loved. I fell in love with the city because it hasand lots of nature and water everywhere. It is clean and safe.

I got married in Mexico and we decided to make a family here because I liked it a lot.

We have similar values. Ukrainians are very similar to Mexicans for families and their commitment. Here are friends of many years. That was very nice to me.

I made a family here. Since I arrived I have been working in different areas, not only in my profession. I have given Spanish classes, worked in sales, in different companies where I have made true friends.

Ukrainians are very passionate people. Once the doors open for you, it’s forever. I have felt a very nice welcome here.

If I have to leave Ukraine, What I will miss the most is family and friends.. They are very nice people.