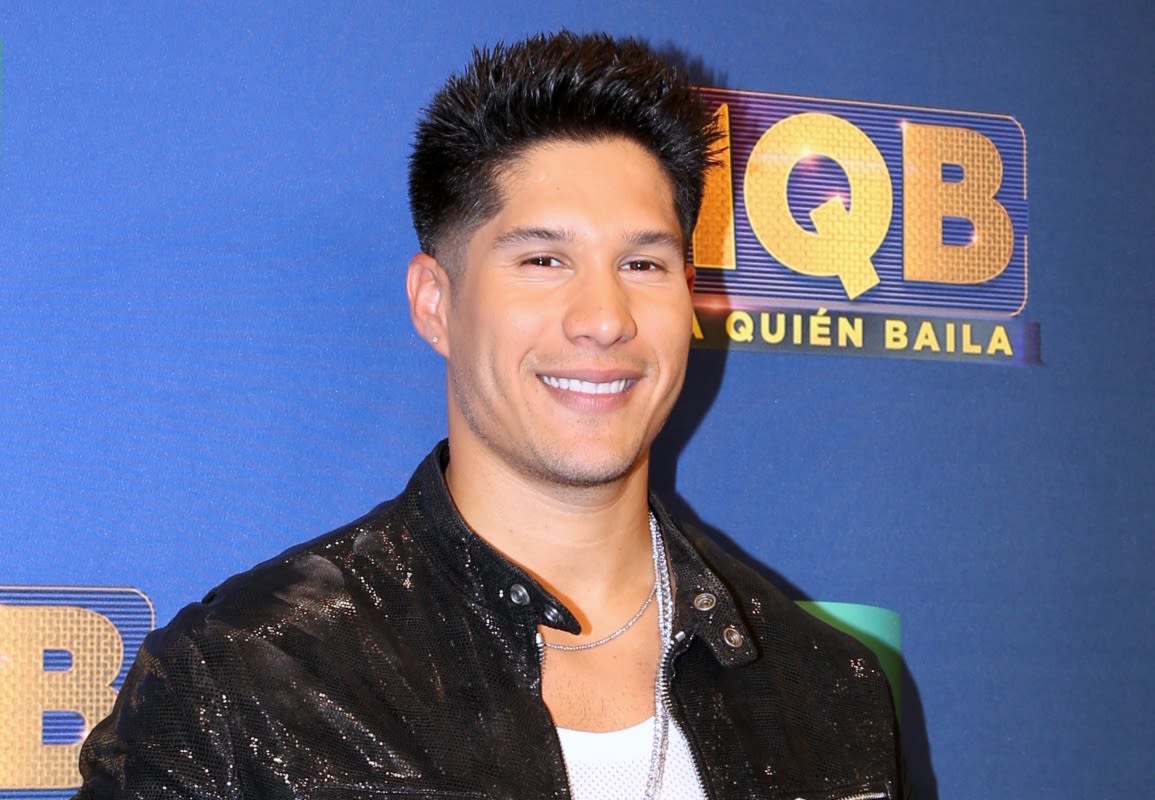 Did they really part? The Venezuelan singer, Chyno Miranda and his wife Natasha Araos reveal the whole truth in an interview with journalist Orlando Segura, and clarify everything about their alleged separation and all the rumors that have been around their relationship in recent weeks.

Things have not been very good for the marriage of the singer Chyno Miranda and his wife, Natasha Araos, and it is that after the singer fell heavily into a terrible disease, which kept him in bed without being able to speak and stand, things turned into chaos when various rumors suggested that the couple was going through a separation.

For several weeks it was beginning to speculate that Chyno Miranda’s wife, the Venezuelan influncer, Natasha Araos, had abandoned the singer in his recovery stage, where it was stated that Tashie “had tired of taking care of the singer” and that she was simply had gone.

Also, rumors suggested that he had even rushed his mother-in-law from her home, causing Chyno to supposedly have to return to Venezuela to be treated there, since he also had no place to stay. After all these rumors, people were already beginning to attack the Venezuelan, blaming her and telling her a little about everything.

After all that wave of rumors and misunderstandings, where neither of them came out to clarify the situation, it was this August 9 when the journalist, Orlando Segura, managed to have an exclusive interview with this couple, where they could clarify everything that was being speculated, in addition to confirming if it was true that they separated.

In the video, published by the program’s Instagram account Tell me what you know, You could see the interview, where both Tashie and Chyno told the whole truth about this, however, followers noticed something strange about the singer, since they assured that his wife would not even let him speak.

“Her company is spectacular”; Chyno Miranda and his wife reveal the truth about their “separation”

At the beginning of the video, the driver Orlando Segura admitted that Chyno was undoubtedly a person worthy of admiration: “Chyno, first of all I want to tell you that we thank you, millions of fans we have an inspiration in you, we have an example for the day every day we get up and fight with life, you are an example for all of us ”.

Given this, Chyno thanked all his audience and the support that his wife gave him during all these difficult moments did not go unnoticed: “Thank you brother, thank you, I am really very happy, thank you for the words, we have had a great time in the therapies, her company is spectacular, the truth is that there is a lot of support and a lot of solidarity “, later, his wife tells him that she was never going to let him go, as the singer kisses her hand and says:” I know that you will never let me go ”.

“They separated because of COVID”: Chyno and his wife tell the truth about their supposed separation

After these words, the driver Orlando Segura brought out that Chyno would finally return home with his wife, before this, Natasha Araos revealed why the singer had not slept with her and her son at home, confessing that he had been because she got sick with COVID19.

“Yes, because really with the COVID thing I couldn’t allow him to be at home those two weeks because it was strong, in fact I was left alone with the baby, not even my mother had arrived but I told her, I prefer you you are well and that nothing happens to you, because if all this is happening to him because of the COVID of last year we cannot take risks ”. After this, Chyno and his wife told the truth about their separation.

“There was never any separation,” says Chyno’s wife, revealing the whole truth about this issue.

After telling why Chyno was not sleeping in the same house as his wife Natasha and their son, Tashie also revealed the whole truth regarding their supposed separation, even stating that they had never distanced themselves, clarifying that all the rumors around their marriage were bogus.

“No, note that there was never a separation, because that is what is most surprising, because they even said that I had thrown it away last year, there was not, I was always there, and in fact Jesus’ mother was, my parents even , and after the pandemic they obviously had to go due to immigration issues, but nothing more ”.

“We never parted”: Chyno Miranda and his wife clarify the truth about their supposed separation

After the rumors of their separation, the Venezuelan singer, Chyno Miranda and his wife Natasha Aaraos confessed that all the rumors of an alleged separation were totally false: “People do not know what happens in the houses and in the four walls of one, nobody knows what we have lived and everything we have been through ”.

To end the interview, Natasha Araos, Chyno Miranda’s wife was questioned if she was going to be a singer, as much was speculated, however she completely denied these rumors: “No no, in fact several times she told me, we are going to make a song for people to listen to you, and I told him, it’s okay, I don’t want to be a singer, really that’s not my thing, “he concluded.

And it is that despite the fact that Natasha Aaros declared all this in front of the singer Chyno Miranda, many followers still do not really believe him, where they even noticed that he did not even let him speak, also arguing that the attitude that the Venezuelan was a bit strange , since throughout the interview he spoke even when someone else did: “Poor Chyno, he doesn’t even know where he is.”

“You really don’t see that Chyno is not normal?”, “Why does he behave like this and talk like this?” He has trained, he even looks like he knows or rather he already warned him what to do, but be careful, it is so remarkable, it is not right, it is only being manipulated by that woman, even if they say it is the reincarnation of Teresa of Calcutta, here everything is false ”, could be read in the truth about the separation of Chyno Miranda and his wife. YOU CAN SEE THE VIDEO HERE

Nacho breaks the silence on Chyno’s state of health

Through an interview he gave to El Gordo and La Flaca, and which is available on the social networks of this famous television program, the also Venezuelan activist assures that Chyno “is making a great effort to return to being the one that everyone their fans met ”. Filed as:

“Imagine, for us it is a reflection of learning and people got so involved with it in a sentimental way that they got to know many individual processes of Chyno and me and were part of that teaching funnel that we reached the finest point to let beings out. humans that we are today ”. Filed Under: Chyno Miranda & His Wife Finally Reveal The Whole Truth About Their ‘Separation’

“We are waiting for him to continue recovering”: Nacho Mendoza

With a serious face, Nacho Mendoza confessed that at this moment he is waiting for his partner and friend, Chyno Miranda, to continue recovering from his illness, apart from making it very clear that he does not have any permission to speak for him. Filed Under: Chyno Miranda & His Wife Finally Reveal The Whole Truth About Their ‘Separation’

“He has a family that loves him, adores him, loves him and is awaiting his recovery, but I think I have permission to say what I feel from my perspective and I feel that he is a warrior and that I hope that God soon give you complete health ”.

According to Nacho, Chyno is not “completely recovered”

“Obviously, he is not the same Chyno as before, he is on the road, I think, he is on the road and there are many people who are making the titanic effort to help him and to meet again with the person they knew and have always admired,” he said. the Venezuelan activist. Filed Under: Chyno Miranda & His Wife Finally Reveal The Whole Truth About Their ‘Separation’

On another topic, the singer announced that he will give a symphonic concert on August 22, the day he will be 38 years old: “I would have loved if we had done this August 22 show together. For me it is also like a tribute to him, within everything, somehow I have certain motivational words that I want to launch for him, so that when he sees the concert he will go ahead as well ”, he concluded.