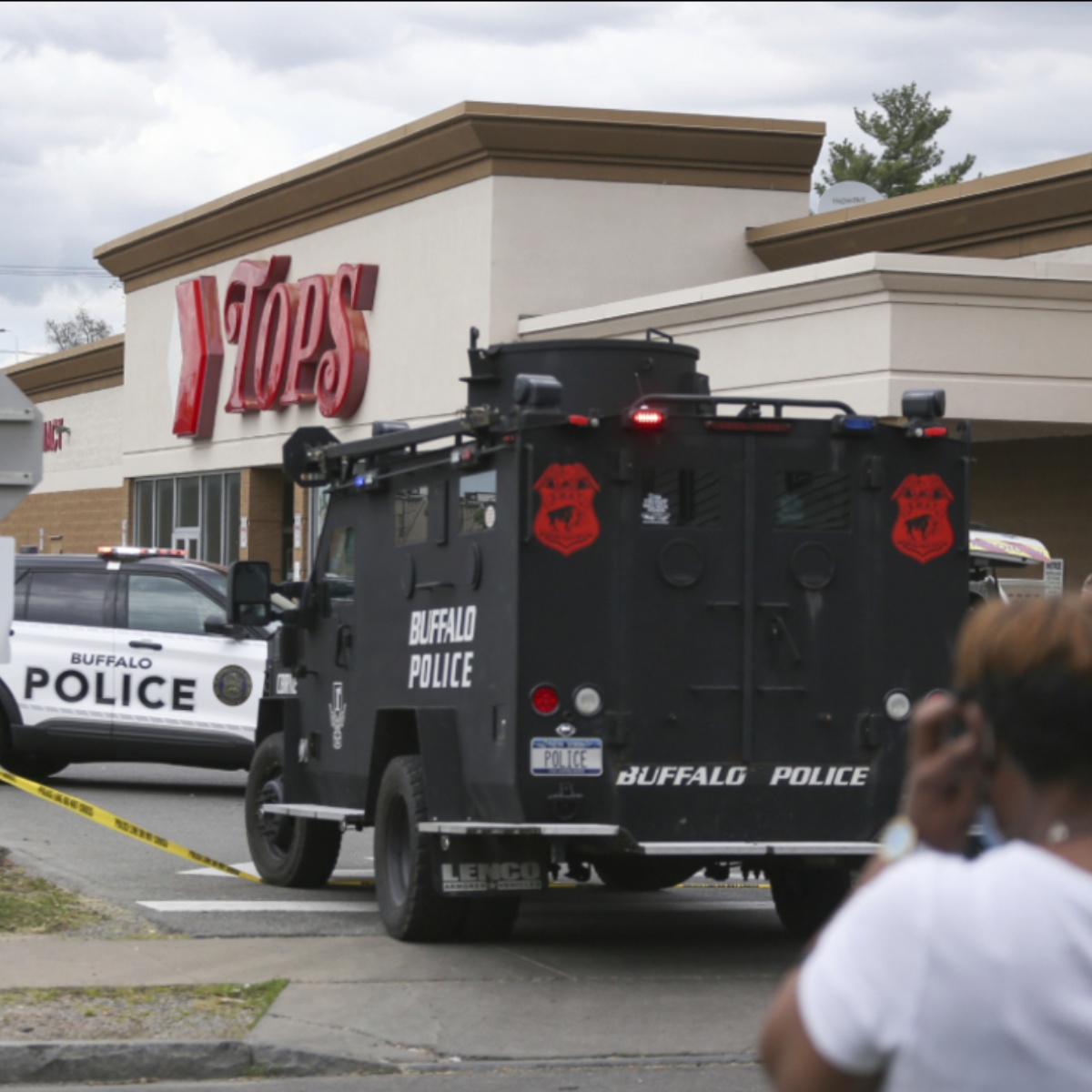 An armed individual carrying a rifle and bulletproof vest opened fire on a Supermarket in Buffalo, New Yorkkilling at least 10 people before he was taken into custody Saturday afternoon, police officials told The Associated Press.

Details about the number of additional people shot at the Tops Friendly Market and their conditions were not immediately available. The two officials were not allowed to speak publicly about the mass shooting And they did so on condition of anonymity.

Investigators believe the man may have been livestreaming the shooting and were looking into whether he had posted a manifesto online, the official said.

The official cautioned that the investigation was in its preliminary stages and that authorities had not yet discerned a clear motive, but were investigating whether the shooting was racially motivated.

The supermarket is in a predominantly black neighborhood about 3 miles (5 kilometers) north of downtown Buffalo. The surrounding area is mostly residential, with a Family Dollar store and a fire station near the store.

The perpetrator of the shooting was arrested by the authorities.

Buffalo police confirmed the shooter was in custody in a tweet, but did not identify the suspect. Police officials and a spokesman for the supermarket chain did not immediately respond to AP messages seeking comment.

Witnesses reported that the gunman was wearing military-style clothing in addition to body armor, one of the officials said.

Braedyn Kephart and Shane Hill, both 20, entered the parking lot just as the shooter was leaving. They described him as a white male in his late teens or early twenties wearing full camouflage, a black helmet and what appeared to be a rifle.

“He was standing there with the gun to his chin. We were like what the hell is going on? Why does this guy have a gun to his face?” Kephart said. He knelt down. “He took off his helmet, dropped the gun and was accosted by the police.”

As we mentioned in AmericanPost.News, the police closed the entire parking lot. Mayor Byron Brown and Erie County Executive Mark Poloncarz were at the scene Saturday afternoon, meeting in a parking lot across the street from the Tops store and waiting to address the media.

Gov. Kathy Hochul tweeted that she was “closely monitoring the shooting at a grocery store in Buffalo,” her hometown. She said state officials have offered help to local authorities. The Erie County Sheriff’s Office said on social media that it has ordered all available personnel to assist Buffalo police.

The shooting comes just over a year after a March 2021 attack at a King Soopers supermarket in Boulder, Colorado, that killed 10 people. Investigators have not released any information on why they believe the man accused of that attack targeted the supermarket.