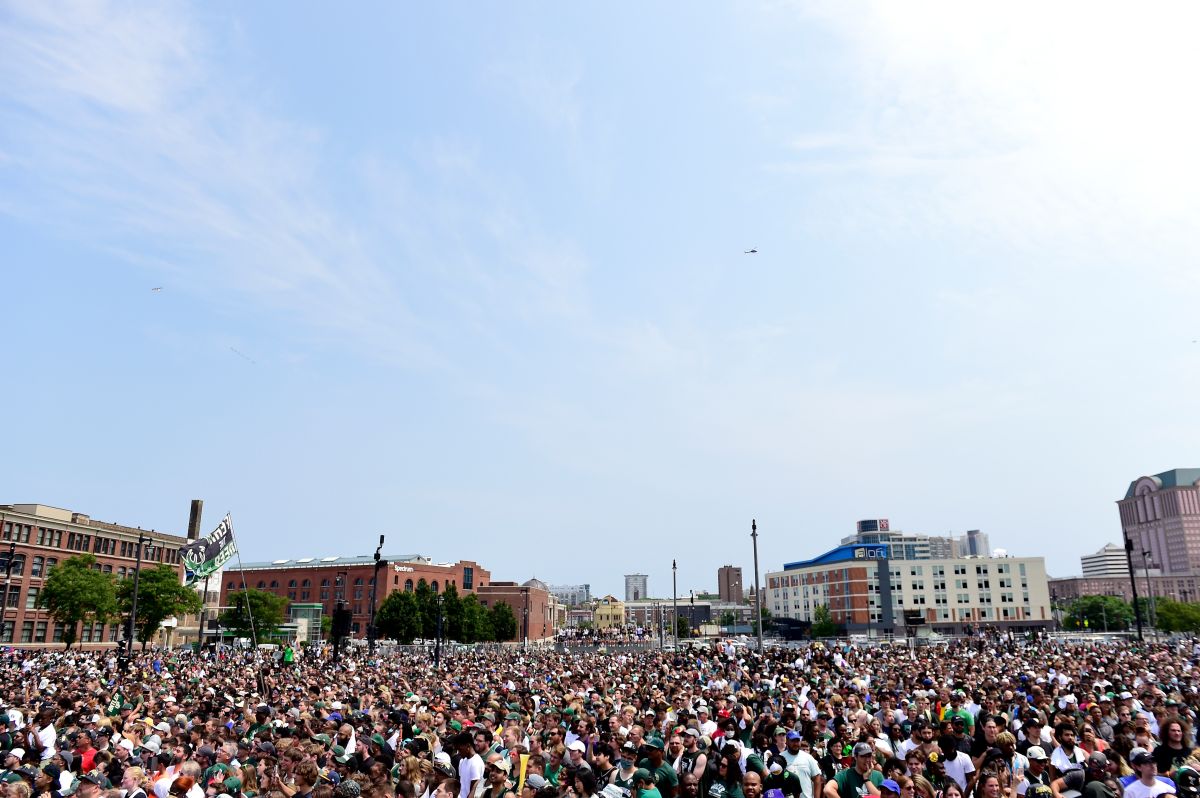 At least 21 people were shot in a series of shootings in downtown Milwaukee after the NBA playoff game between the Bucks and Boston Celtics.

One of the shootings, which occurred shortly after 11 pm, left 17 injured, according to the Milwaukee Journal Sentinel.

The ages of the victims, who are expected to survive, range from 15 to 47.

Milwaukee Police reported this morning that 10 people have been arrested and nine weapons seized.

The motive for the shooting has not been establishednor the identity of the victims and suspects.

The incident occurred shortly after 11 p.m. on North Water Street near West Highland Avenue about two hours later and blocks from another shooting that left three woundedincluding a minor under 16 years of age.

In that case, police arrested a 19-year-old. Two other subjects, ages 29 and 26, were injured near the corner of North Martin Luther King Drive and Highland Avenue.

A half hour earlier, a 20-year-old man was shot on North Water Street near West Highland Avenue. It is unclear if this attack is related to the massive one.

The shootings caused chaos in the Deer District, hotspot for sports and entertainment events in that Wisconsin city.

Some 11,000 people gathered to watch the playoff game of the NBA Eastern Conference semifinal series between the Bucks and Boston Celtics.