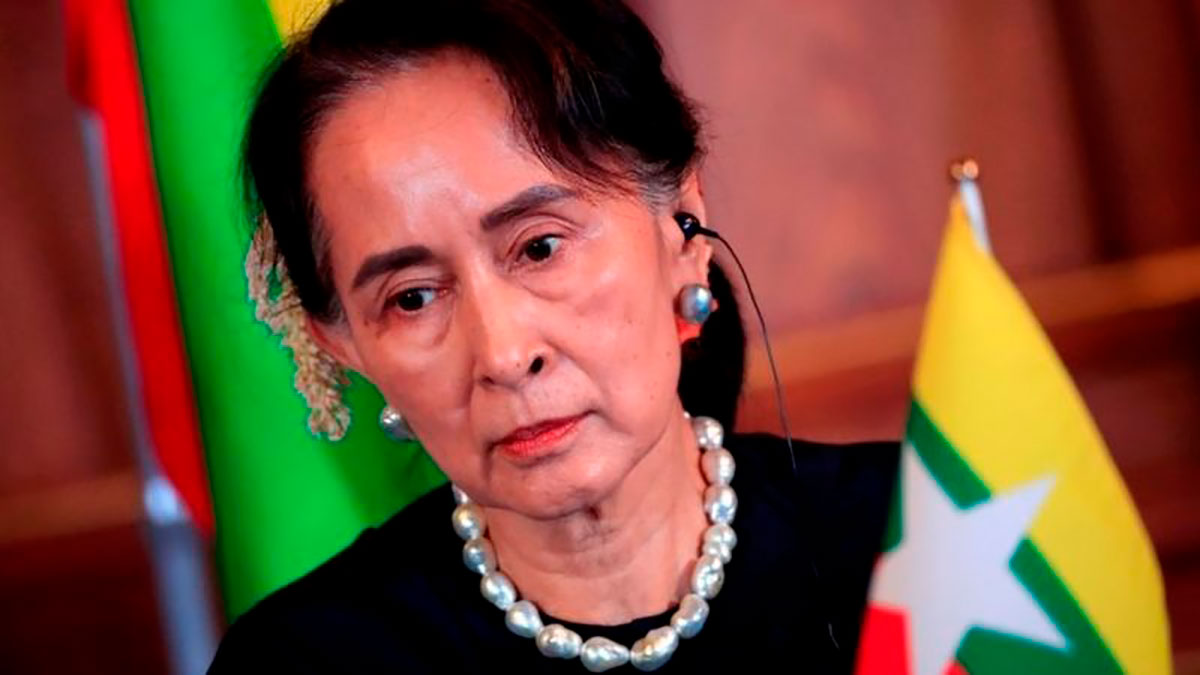 Myanmar’s ousted leader, Aung San Suu Kyi, was sentenced to four years in prison on Monday, the first in a series of verdicts that could lead to life in prison.

Suu Kyi was declared guilty of charges of inciting dissent and breaking the rules to prevent Covid-19 during the campaign for the 2020 elections.

Min Tun said that she will face trial on the other charges she is being accused of from where she is now.

He has 11 charges to face. Suu Kyi has denied all allegations.

The organization Amnesty International said on Monday that Myanmar’s military junta is trying to “Stifle freedoms” with the conviction of Suu Kyi.

“The harsh sentences handed down against Aung San Suu Kyi on these bogus charges are the latest example of the army’s determination to eliminate all opposition and stifle freedoms in Myanmar,” the group said in a statement quoted by AFP.

The 76-year-old woman led an elected civilian government before being overthrown in a military coup in February.

The military seized power citing fraud in the 2020 general election in which the National League for Democracy (NLD), led by Suu Kyi, overwhelmingly won.

Since then, Suu Kyi has been under house arrest, charged with a series of crimes, including several charges of corruption, violation of the law on official secrets and incitement to public disorder.

Little has been seen or heard of her other than her brief court appearances.

Who is Aung San Suu Kyi?

Aung San Suu Kyi is the daughter of Myanmar’s independence hero General Aung San, who was assassinated when she was just 2 years old, just before the country gained independence from British colonial rule in 1948.

Suu Kyi was once seen as a beacon of human rights – an activist who gave up her freedom to challenge the army generals who ruled Myanmar with a heavy hand for decades.

In 1991, she received the Nobel Peace Prize, while still under house arrest, and was hailed as “an outstanding example of the power of the powerless. She spent almost 15 years in detention between 1989 and 2010.

In November 2015, she led the National League for Democracy to a landslide victory in the first election with opponents in Myanmar in 25 years..

The country’s Constitution prohibits her from becoming president because she has children who are foreigners, but Suu Kyiit is considered the ‘de facto’ leader.

Since becoming a Myanmar State Councilor, her leadership has been defined by the treatment of the Rohingya minority, mostly Muslim, from the country.

In her country, Suu Kyi remains very popular with the Buddhist majority who have little sympathy for the Rohingya.