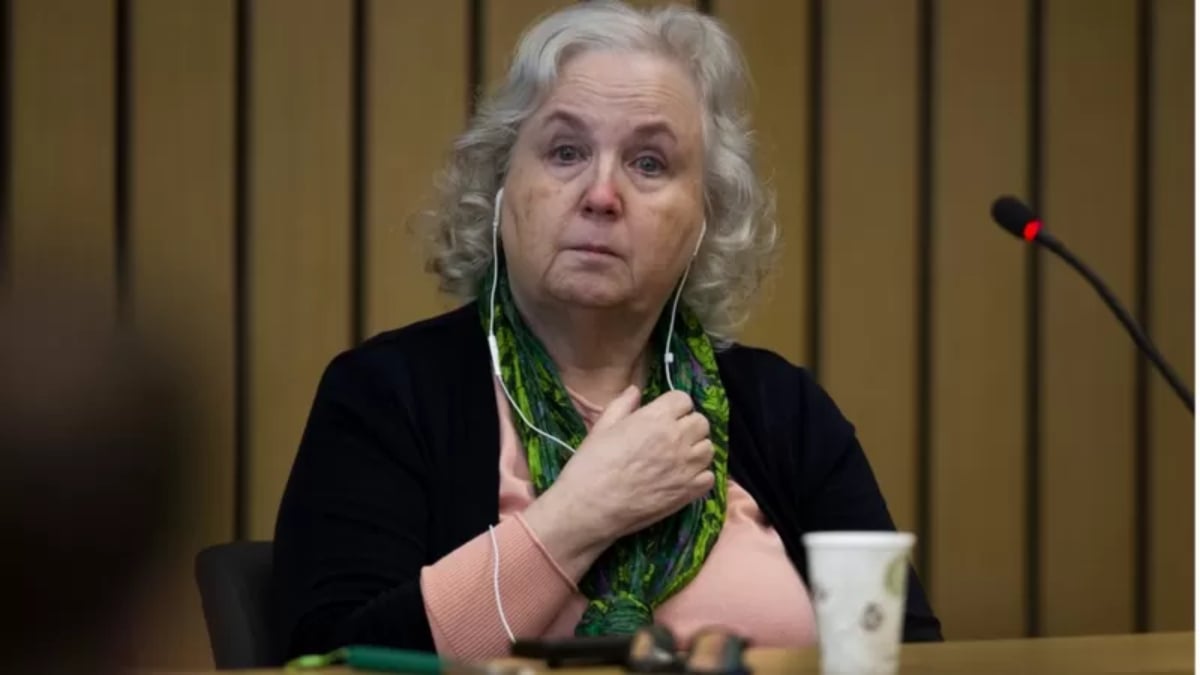 Fiction became reality. Or the fantasy served as inspiration, and thereby became a self-fulfilling prophecy.

the american writer Nancy Crampton Brophy71, was sentenced this Wednesday for having killed her husband in June 2018.

The singular thing about the case is that she had written an entry on her blog some time before, precisely entitled “How to murder your husband”.

In it, Crampton Brophy described the top five motives and the right weapons What would you choose if your character was going to kill her husband in one of her romance novels?

A jury in Portland, Oregon, found her guilty of second-degree murder for shooting her husband twice in the heart. Daniel Brophywho was then 63 years old.

Prosecutor Shawn Overstreet said the writer passed economic hardship before the homicide and presented evidence showing how Crampton Brophy had planned to kill him.

“It’s not just about the money. It’s about the lifestyle that Nancy wanted that Dan couldn’t give her,” she said during the trial.

“An editor would laugh”

Crampton Brophy denies committing the murder and insists that security camera footage of her at the crime scene simply showed her searching for inspiration to write.

He also claimed that a missing gun that police believe was the one used in the homicide had been purchased as part of an investigation for a soap opera.

He further denied that the hundreds of thousands of dollars in life insurance he stood to win was a motive for the murder.

She dismissed claims of financial hardship when she took the stand last week, saying her money problems had been resolved long before her husband’s death.

“I was doing better financially with Dan alive than I am doing with Dan dead,” he said.

“Where is the motivation, I ask you? An editor would laugh and say, ‘I think you need to work harder on this story, you have a big gap,’” the novelist told the prosecutor.

The sentence has not yet been issued by the judge, but Crampton Brophy faces life in prison. His defense will appeal the conviction, the local newspaper The Oregonian reported.

Crampton Brophy wrote romance novels based on relationships gone sour and suspenseful plots of how to eliminate one’s spouse without a trace and raise no suspicion.

In The Wrong Cop (“The Wrong Cop”) wrote about a woman who spent every day of her marriage fantasizing about killing her husband.

In The Wrong Husband (“The wrong husband”), the protagonist tries to flee from her abusive husband by faking her own death.

But in “How to murder your husband” he went further.

He recommended not hiring a hit man because many “betray you to the police”, nor trusting your lover to do it: “Bad idea”.

He also did not advise using poison because it can be traced. “After all,” he wrote on his blog, “if murder is supposed to set me free, I certainly don’t want to spend time in jail.”

The couple had been married for 27 years, and on her blog, Nancy Crampton Brophy openly discussed the romantic aspects of their relationship.

Although he acknowledged that, like any couple, they had had their “ups and downs”, they had had many more “best moments than bad ones”.

Daniel Brophy taught at a culinary institute. When his students found his bloodied body in the high school kitchen there was shock and confusion.

Crampton Brophy herself wrote that she was trying to “make some sense of it.” However, neighbors and relatives began to notice a certain stoicism incompatible with what happened.

In “How to murder your husband”, the author described the methods and reasons for doing it, and among them were the use of firearms and the economic issue. Weapons, though, she said, are “loud, messy and require some skill.”

“But what I know about murder is that each of us has it within us when pushed hard enough,” he continued.

In addition, on her blog she had written: “My husband and I are in our second (and last, believe me!) marriage. We swore… it wouldn’t end in divorce. But, I must stress, we are not ruling out a drive-by shooting or a suspicious accident.”