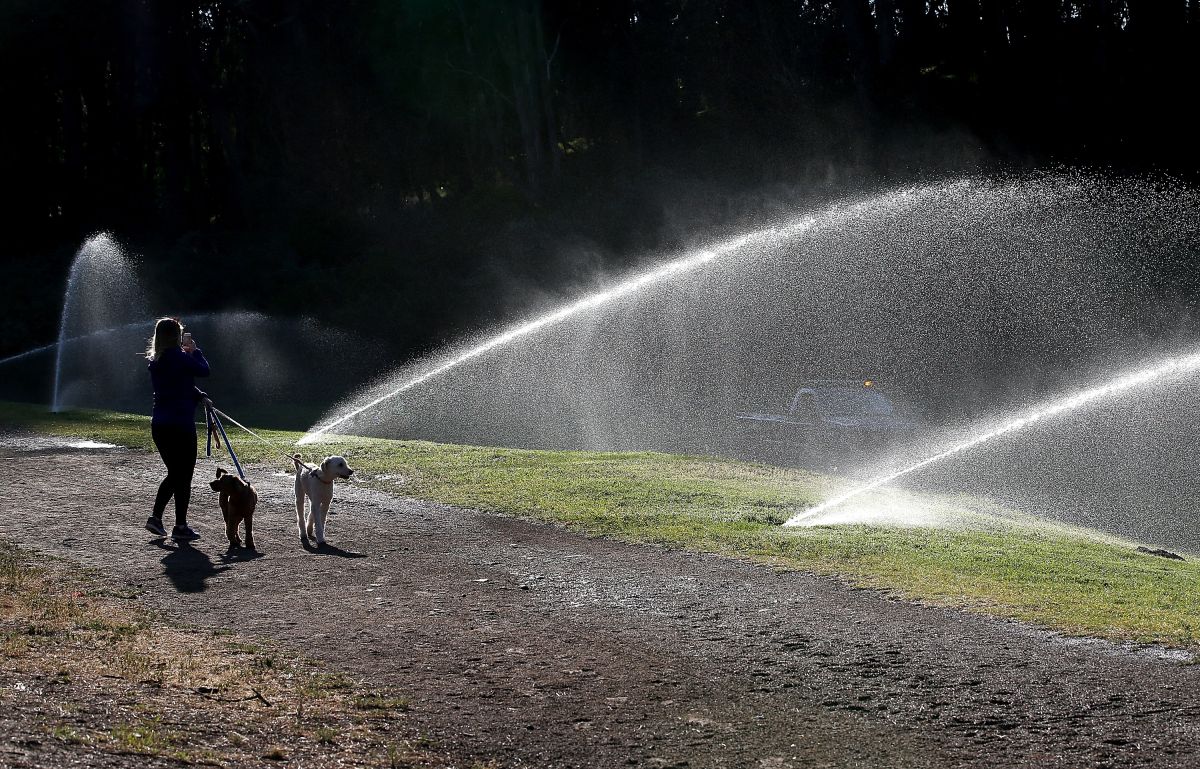 Los Angeles Department of Water and Power (LADWP) called on residents to urgently reduce water use in the city.

The authorities expressed concern about the enormous possibility that the city could suffer from water shortages in 2022, so they asked people to take care of its use.

“We want to emphasize to our residents, businesses large and small, and industrial customers, the terrible situation we are now facing as a result of two consecutive years of drought, and that conserving even more water now can make a big difference.” LADWP’s director of the Water System, Anselmo Collins, expressed to the Telemundo network.

This Wednesday, it was reported that California water agencies providing drinking water services to more than 27 million residents and 750,000 acres of farmland they will not receive any of the water requested from the state by 2022, except that necessary to cover critical health and safetys.

The decision of the Water Resources Department it reflected the difficult conditions California is experiencing, affected by a drought that has reduced reservoirs to historically low levels.

The LADWP thanked residents who already cared about reducing water use and asked them to be vigilant in their community to try to further reduce their use.

“For those who have yet to reduce their use and are not following the city’s mandatory water conservation ordinance, now is the time to comply. We need each and every LADWP customer to step up and take this action in the face of a dry third year and severe drought, ”Collins said.

LADWP receives approximately 40% of its supply from the State Project, which is provided by the Southern California District Metropolitan Water regional wholesaler.

In the dry years, SWP supplies about 60% of the water to the city.

“The conditions in the State Water Project are different than what we have ever seen. Certainly, we hope that they will improve, but we must be prepared for the reality that the State Project could not have water to distribute in 2022 ”, indicated the general manager of the Southern California Metropolitan Water District, Adel Hagekhalil.

The California Metropolitan Water official said that southern regions of the state depend on this water supply, so they work with their agencies that serve those communities in Ventura, Inland Empire and Los Angeles counties, to make sure that residents and businesses are aware of the seriousness and complexity of the situation so that they reduce the use of water.

The Los Angeles Department of Water and Power urged residentsis to comply with the ordinance on the conservation of water that limits the irrigation of the plants to three days of the week.

The ordinance also prohibits all outdoor watering between 9 a.m. and 4 p.m.

You can consult the ordinance on the LADWP website, in the space dedicated to water conservation.

· For the first time in almost 30 years, not a drop of rain fell in downtown Los Angeles in November
Water supplier declares an emergency in Southern California due to severe drought in the region
Meteorologists: Up to 20 inches of rain is needed in California through December to reverse the effects of the drought