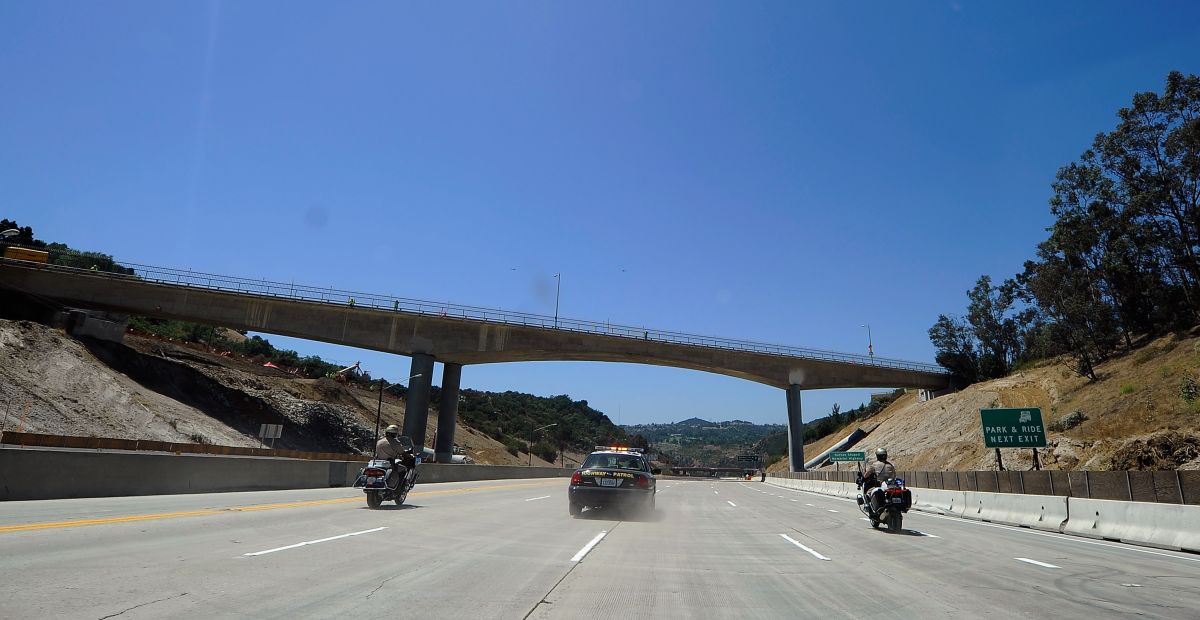 A carjacking suspect has been arrested. Monday night after authorities chased him from San Diego County to Anaheimwhere he surrendered after a confrontation on the 5 Freeway.

The chasing started shortly before 6:00 p.m. in the Chula Vista areaafter the suspect collided with a patrol car, authorities said.

the suspect stopped his vehicle at approximately 7:30 p.m., in Anaheim, when the suspect was on the northbound 5 Freeway. Traffic on the highway was light as the driver tried to escape from California Highway Patrol (CHP) officers.

The suspect’s car began to slow down, possibly due to a successful spike strip, and came to a stop near the Beach Boulevard exit.

After the suspect refused to surrender, in the midst of a standoff that lasted several minutes as CHP officers fired what appeared to be pepper ammunition at the car.l.

The subject was forced to leave the car when he appeared to be coughing and having difficulty breathing. He then climbed on the hood of the car to avoid a K-9 element running inside the vehicle..

The man soon gave up and multiple CHP officers took him into custody around 7:45 p.m..