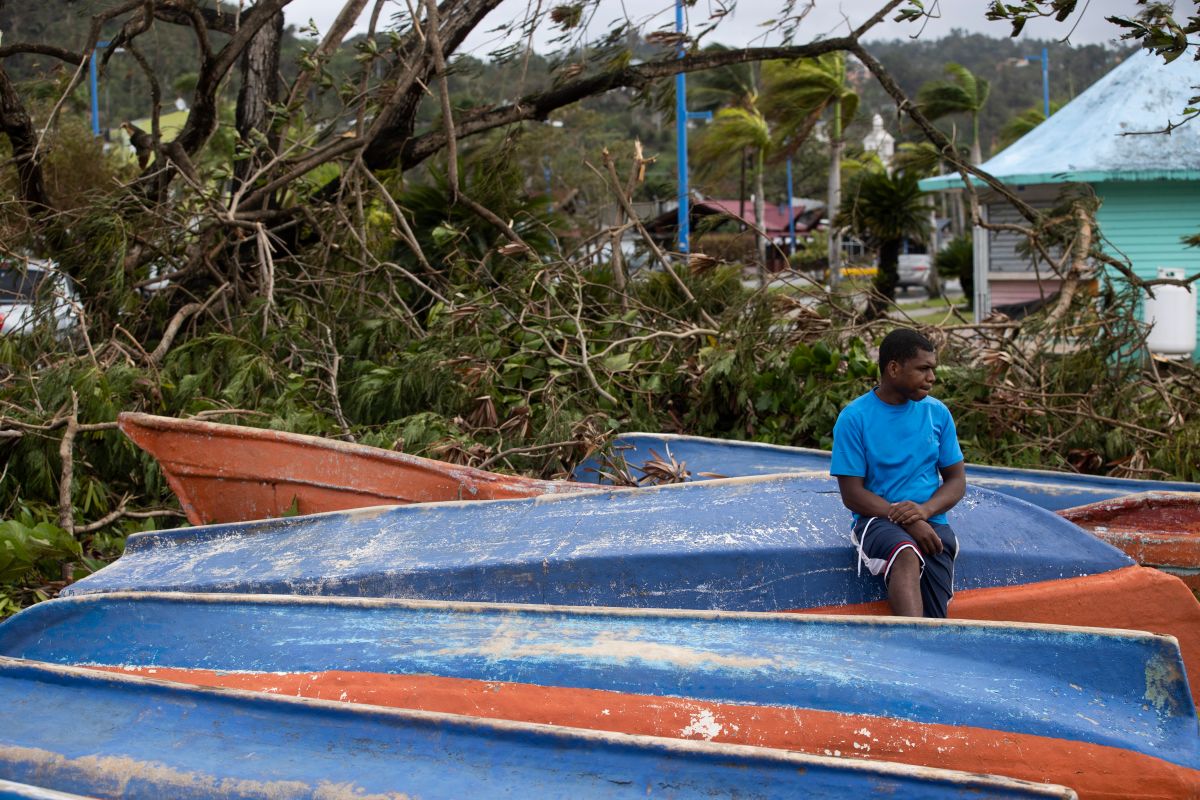 This is the young university student Auriely Esther C. Jiménez, who He died after a power line pole fell on him. in the city of Higüey in the province of La Altagracia.

The victim was traveling on a motorcycle. heading to the Santana community when the tragedy was reported.

Recently, the young woman had won a scholarship at the Universidad Central del Este (UCE) to study medicine.

The executive director of the National Health Service (SNS), Mario Lama, confirmed on the program “Esta Noche Mariasela” that the death is added to that of Isidro Quiñones, 68. The old man died on Monday in Nagua, María Trinidad Sánchez province. The resident went outside to fix a sheet of zinc on the roof and a chestnut tree fell on him.

For his part, the director of the Emergency Operations Center (COE), Juan Manuel Méndez, reported on Tuesday that the number of displaced persons in the country as a result of the passage of the system increased to 13,070.

These people were mobilized to the national territory from vulnerable areas due to the floods caused by the passage of Hurricane Fiona, according to the Listín Diario report.

In terms of affected homes, the number is at least 2,614.

The office added that, as of Monday, 49 shelters remain active, two in La Altagracia province, where most of the 548 victims remain.

Regarding the electrical service, some 406,539 users remain without it.

As for the water supply, some 1,434,802 do not have the service. The authorities did not specify how long it will take to repair the breakdowns that caused the interruption in the water and electricity service.

The Deputy Minister of Supervision and Control of Public Works, Roberto Herrera, reported for his part that they began demolition and reconstruction work on the bridge that collapsed in the Pontón area in the La Vega province.

The bridge gives access to the city of La Vega from the Duarte highway.

Fiona, which has already become a category 4 with 130 mph windsmoves north this Wednesday and is forecast to approach the Bermuda Islands on Thursday.

The system also impacted parts of the Bahamas and the Turks and Caicos Islands.