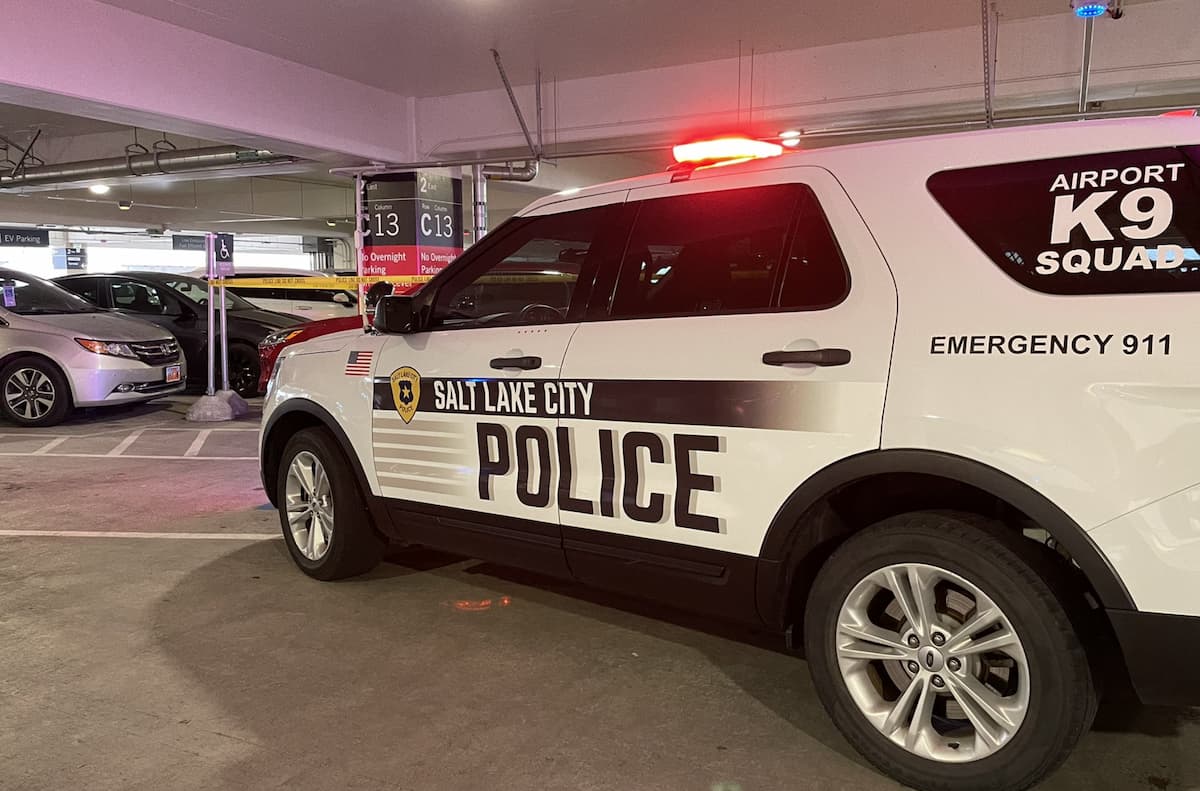 Salt Lake City, Utah — SLCPD is investigating a vehicular homicide that occurred Monday at the Salt Lake City Airport; one person has been arrested.

Detectives with the Salt Lake City Police Department’s Homicide Squad arrested a 38-year-old man involved in the vehicular homicide at the Airport.

This investigation began at 2:39 pm on Monday, when the Airport Police Dispatch received information about a traffic accident at 615 North Parking Plaza.

Paramedics transported Sturgeon to the hospital where she died, despite life-saving efforts at the airport and at the hospital.

During the investigation, SLCPD discovered that the suspect, Shawn Christopher Sturgeon, while driving an SUV struck his wife on the second level of the airport parking lot. This incident occurred shortly after the couple returned to SLC from a vacation.

Shortly after the accident, Sturgeon drove the vehicle, with his seriously injured wife inside, to the parking lot pay booths where he called for help. Officers contacted Sturgeon before he left the airport property.

Because Sturgeon drove from the garage to the parking pay booths, SLCPD set up two crime scenes to document and collect evidence.

There were no impacts to airport operations or air travel associated with this incident or the investigation.

This is the third homicide in Salt Lake City so far in 2022.