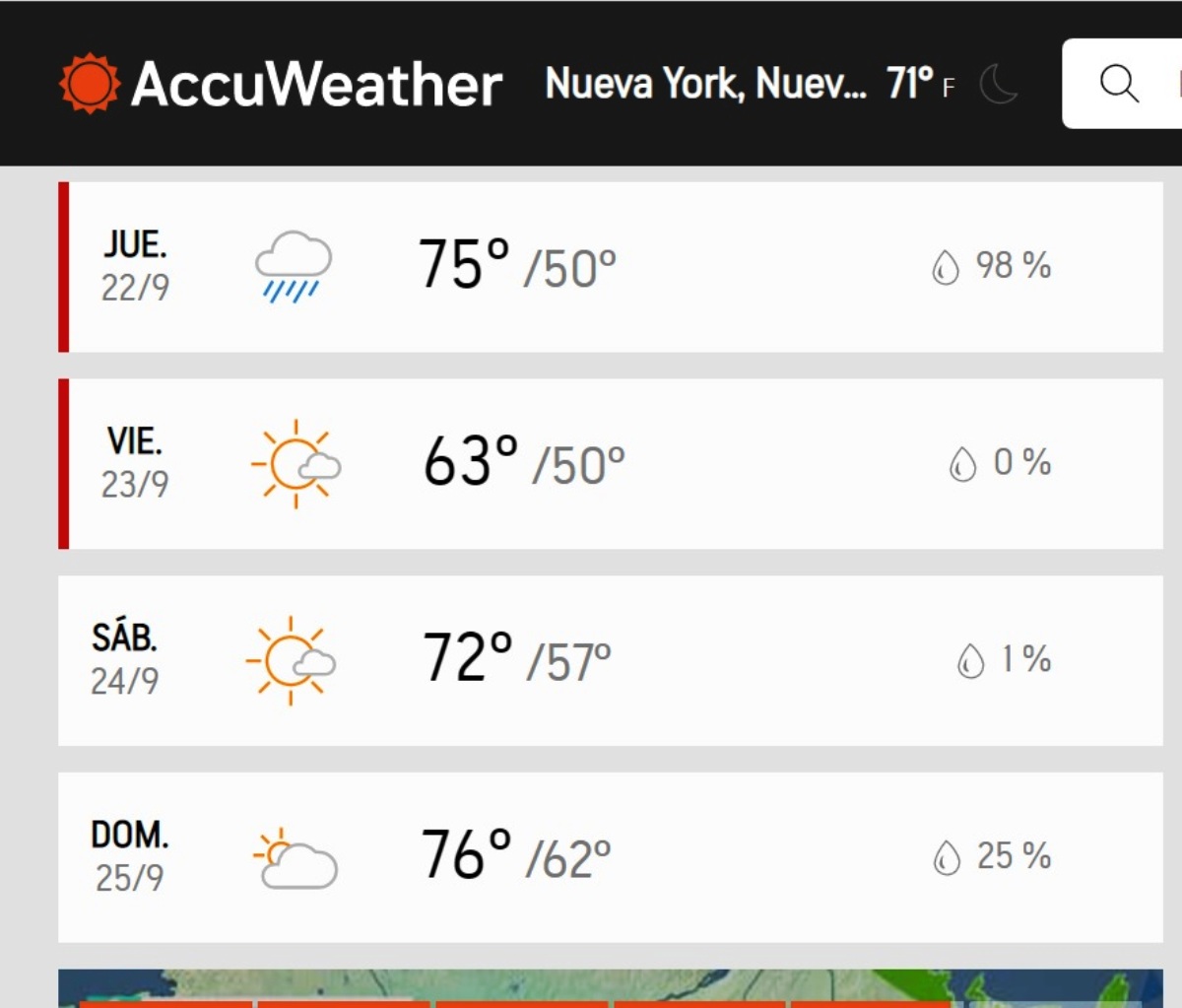 The temperature in New York will drop promptly with the arrival of boreal autumn, which officially began yesterday, September 21.

For today Thursday there is a high possibility of rain, while the thermometer will drop at least until Sunday, with night temperatures near 50F (10C).

“We will see a cooler pattern again that will be more comfortable,” he told the new york post the meteorologist of FOXWeather, Dylan DeBruyn. “We haven’t seen temperatures like this since mid to late June.”before the heat of summer.

The weather today is forecast to be stormy with a high of 73 degrees F (22C) for the day, before a cold front from the Great Lakes reaches the city.

Over the weekend the thermometer will rise a bit. And a wave of hot, humid weather could still loom later this month, DeBruyn warned. “In September and October we tend to see big fluctuations, so we’ll see.” commented.

Weather updates can be found here and on the weather portal. National Weather Service (NWS-NY).