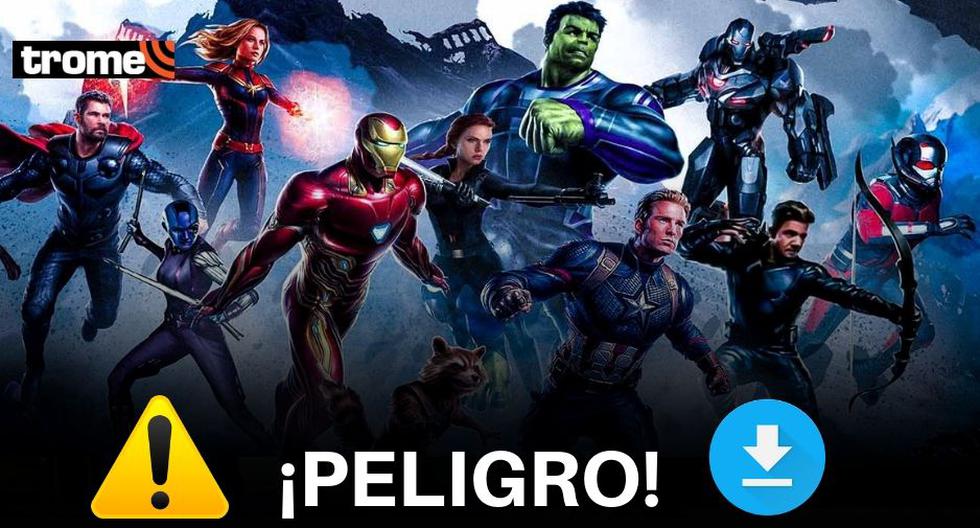 After the news that Avengers: Endgame” was leaked on the Internet a few days ago, thousands of users carry out unofficial searches and downloads that could put our virtual security at risk. What could happen? Here we tell you.

These bad habits of downloading illegal content put our data and privacy at risk of being compromised and could fall into unscrupulous hands that abound on the Internet.

The risk of getting caught up in this craze is that the victim may be on a legitimate site to download the ‘torrent’ file, but the torrent file may be infected with malware.

“No security solution can protect against malware when it is disabled. Thinking that nothing will happen is exactly what cybercriminals expect from victims, since their goal is to keep the malware in the system for as long as possible, either to collect data or mine cryptocurrencies”, said Fabio Assolini, Senior Security Analyst at Kaspersky Lab. To be cautious!

SYNOPSIS The serious outcome of the events caused by Thanos, which ended with half of the universe and part of The Avengers, forces those Superheroes who survived to take a firm stand in ‘Avengers: Endgame’. The new Marvel Studios movie marks the grand closing of an unprecedented film journey.

‘Avengers: Endgame’ is produced by Kevin Feige and directed by Anthony and Joe Russo. Louis D’Esposito, Victoria Alonso, Michael Grillo, Trinh Tran, Jon Favreau and Stan Lee are the executive producers, and the screenplay is by Christopher Markus and Stephen McFeely.