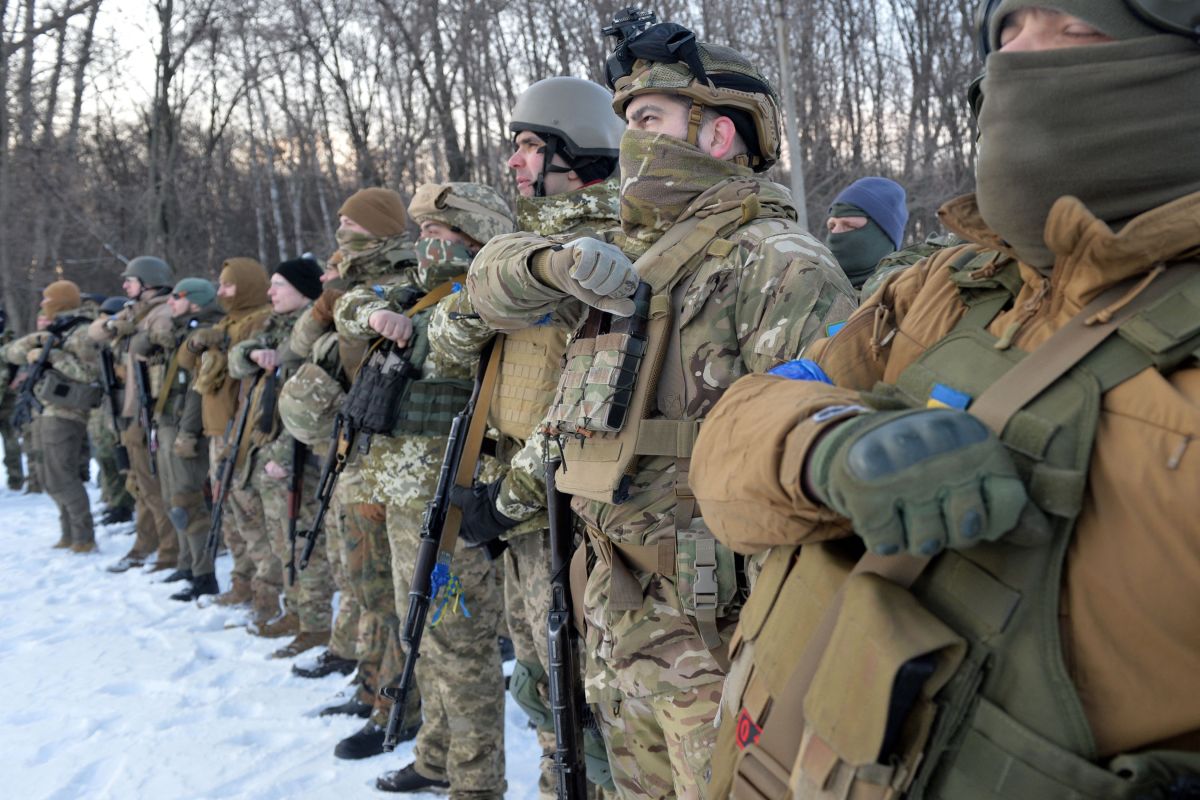 Russian President Vladimir Putin cited the presence of such units within the Ukrainian army as one of the reasons for launching his so-called special military operation, in order to demilitarize and “denazify” Ukraine.

For its part, Ukraine’s national guard tweeted a video showing members of the Azov Battalion covering their bullets with pork fat to allegedly use them against Chechen Muslims, allies of Russia, deployed in their country.

This is the video:

What is the Azov regiment?

Azov is a far-right volunteer infantry military unit whose members, estimated at 900, are ultra-nationalists and are accused of harboring neo-Nazi and white supremacist ideology.

The unit was initially formed as a group of volunteers in May 2014 from the ultra-nationalist Patriot of Ukraine gang and the neo-Nazi group National Social Assembly (SNA).

both groups, allegedly committed to xenophobic and neo-Nazi idealsin addition to allegedly physically assaulting immigrants, the Roma community and people who opposed his views.

As a battalion, the group fought on the front lines against pro-Russian separatists in Donetsk, the eastern region of Ukraine. It should be remembered that just before launching the invasion, Putin recognized the independence of two regions controlled by the Donbas rebels.

A few months after retaking the strategic port city of Mariupol from Russian-backed separatists, the unit was officially integrated into the National Guard of Ukraine on November 12, 2014 and received high praise from then President Petro Poroshenko.

The unit was led by Andriy Biletsky, who served as the leader of both the Ukrainian Patriot (founded in 2005) and the SNA (founded in 2008). The SNA is known to have carried out attacks against minority groups in Ukraine.

In 2010, Biletsky said that Ukraine’s national purpose was “to lead the white races of the world in a final crusade…against the Untermenschen.” [razas inferiores] led by the Semites.

Biletsky was elected to parliament in 2014. He left Azov because elected officials cannot be in the army or the police and remained a deputy until 2019.

Before being part of the Ukrainian armed forces, who financed Azov?

The unit received the backing of Ukraine’s interior minister in 2014, as the government recognized that its own army was too weak to fight pro-Russian separatists and relied on volunteer paramilitary forces.

These forces were privately financed by oligarchs, the best known being Igor Kolomoisky, a billionaire energy tycoon and then governor of the Dnipropetrovska region.

In addition to Azov, Kolomoisky financed other volunteer battalions such as the Dnipro 1 and Dnipro 2, Aidar and Donbas units.

Azov received early funding and assistance from another oligarch: Serhiy Taruta, the billionaire governor of the Donetsk region.

In 2015, Andriy Diachenko, the regiment’s spokesman at the time, said that between 10 and 20 percent of Azov’s recruits were Nazis.

The unit has denied adhering to Nazi ideology as a whole, but Nazi symbols such as the swastika and SS insignia abound on the uniforms and bodies of Azov members.

For example, the uniform bears the neo-Nazi Wolfsangel symbol, which looks like a black swastika on a yellow background. The group said it is simply an amalgamation of the letters “N” and “I” that stand for “national idea.”

Individual members have professed to be neo-Nazis, and far-right ultra-nationalism is pervasive among members.

In January 2018, Azov launched his street patrol unit called the National Druzhyna to “restore” order in the capital, kyiv. Instead, the unit ran programs against the Roma community and allegedly targeted members of the LGBTQ community.

Also read:
· What role does the Azov Battalion play in the war in Ukraine?
· Do you want to fight for Ukraine? This is what you need to know
· Russia bombs a theater in Mariupol with hundreds of refugees; The death toll is unknown