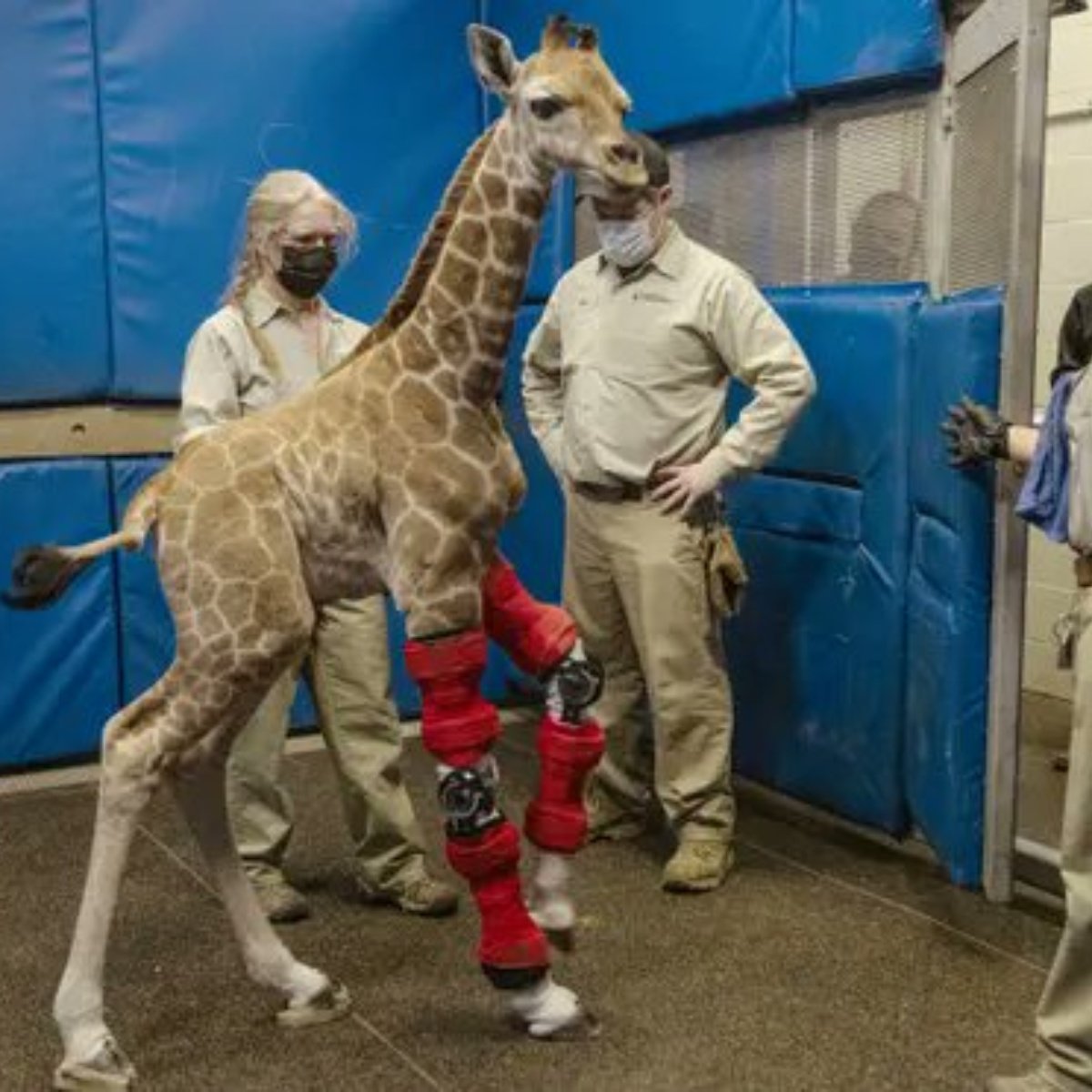 to a baby of giraffe of three months were placed braces in his legs in California after being born with a rare disorder that caused his legs to bend the wrong way.

The staff of Zoo Safari Park of San Diego feared that the 5-foot-10-inch newborn Msituni could die if the condition that could prevent her from nursing and walking was not corrected immediately.

The giraffe is loved by thousands of people

Baby giraffe Msituni was born with her front limbs bending the wrong way, and needed medical assistance to walk.

After getting assistance from a doctor, Msituni was able to walk among her herd again. https://t.co/ZDffmep3um pic.twitter.com/M9yKIPOwxG

The baby giraffe suffered from hyperextended carpi, wrist joint bones in a giraffe’s forelimbs, which act more like arms.

The zoo reached out to orthotics experts at the Hanger Clinic, where Ara Mirzaian, who spent the last three decades fitting Paralympic athletes braces to children with scoliosis, landed her first animal patient.

Using moldings cast from giraffe legs, it took eight days to make the carbon graphite clamps that featured the animal’s distinctive pattern of twisted spots to match its fur.

When she was placed underneath to fit her custom brace, Mirzaian was so moved by the beauty of the animal that he gave the giraffe a hug.

After 10 days with the custom corset, the problem was corrected. In the end, Msituni only needed a brace. Her other leg corrected itself with the medical grade brace.

Meet Msituni. The now 3-month-old giraffe calf was born with unstable wrist joints, causing her front legs to bend improperly. Wildlife care specialists needed to intervene quickly to save her life from her and partnered with orthotists at the @HangerNews to design custom leg braces. pic.twitter.com/Mgd2szt05K

While the custom braces were being made, Matt Kinney, a senior veterinarian with the San Diego Zoo Wildlife Alliance, bought post-surgery knee braces at Target that he cut and resewed, but they kept slipping off.

Zoos are increasingly turning to medical professionals who treat people to find solutions for sick animals. The collaboration has been especially helpful in the field of prosthetics and orthotics.