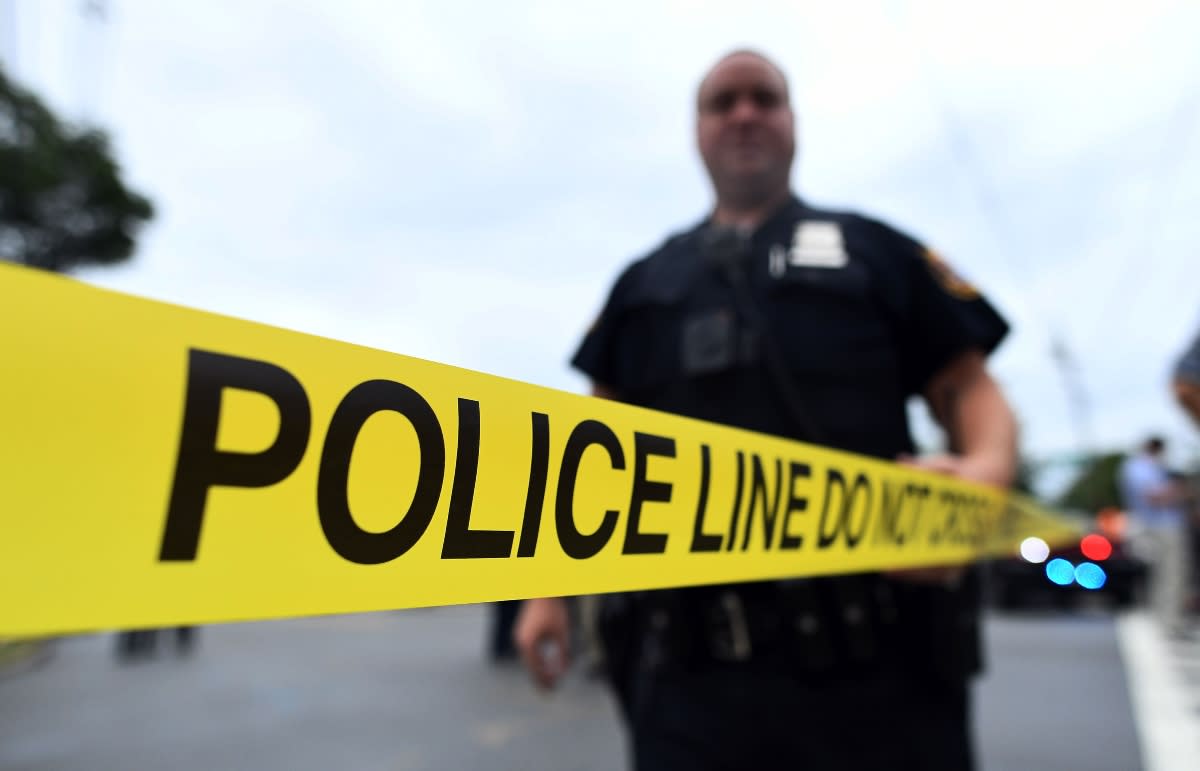 A Kentucky baby, barely two months old, survived for several days on the body of its dead mother thanks to it biting its own hands in search of food, the local channel WAVE reported.

The boy’s mother, 29-year-old Danielle Wade, died at home of an overdose while holding her near-newborn baby, according to police.

Baby survived for days nibbling on her little hands

Adriane Wade, the dead girl’s mother, told WAVE that the body of her daughter along with her grandson was found at Four Oaks Apartments on Oboe Drive in St. Dennis, Louisville, on August 18. “She and her kids were at my house,” Wade said. “We went to school. We had a good day. Friday the 13th was fun. “

“Breaking down for days with her little baby, her little newborn, lying on top of her,” he said. “That baby who was in the apartment while it was decomposing, his hand was raw from trying to eat to survive.”

“His hand was raw”

The baby’s devastated grandmother said she received a call on Aug. 18 from Louisville Metro Police Department investigators to go to her daughter’s apartment to identify the body.

Wade said that when he arrived at his daughter’s home, he was told that she had been dead for several days and that her grandson was alive, allegedly lying on top of his mother’s body.

The baby’s grandmother says it was a miracle

Wade said the baby is hospitalized receiving care for injuries to his hand and also recovering from dehydration. Also, the dismayed grandmother assured that it had been a miracle that her grandson survived so many days in these conditions.

“It’s miraculous because God is involved,” Wade said. “God is involved. It is very miraculous. He ate the raw hand. He was there for days without survival techniques. ” Police confirmed Wednesday that the baby’s mother had died of an overdose. “I can’t believe this is how her week ended,” her mother said. “I can’t believe it happened so fast. Life is so short, and it happened like that, ”he said.

On the other hand, police authorities found a baby dead in an Indiana forest and, after investigations, her parents and a babysitter were arrested and charged for the tragic event, several media reported.

After being missing for days, the parents and babysitter of an 11-month-old baby were charged after the little girl was found dead in the woods last week, The Sun newspaper reported on Friday, August 20.

Tragic ending: a baby was found dead in the forest

The parents, identified as Kenny Lain (41) and Tiffany Coburn (32), had reported the disappearance of their baby Mercedes Lain when she was in the care of babysitter Justin Miller, who admitted to having “used synthetic marijuana numerous times” while taking care of her , local reports cited by The Sun indicated.

Justin Miller, a “family friend,” told police that Kenny Lain had contacted him to buy synthetic marijuana on August 12, just one day before little Mercedes was delivered to him.

Parents would be users of illegal substances

Plymouth police reported that babysitter Justin Miller’s account of the event changed several times after he claimed he had left the baby at an Economy Inn hotel with a different relative.

The court documents, according to the newspaper The Sun, also detailed that the mother of the baby had dropped a canvas bag containing “illegal narcotics” at a neighbor’s house. Filed Under: Baby Survives By Biting His Hands.

After a dead baby was found in the woods, autopsy results are still awaiting

After the report of a missing person was presented, Kenny Lain was found “under the influence of an unknown substance,” published the aforementioned newspaper, which added that he stated that the wife had used methamphetamine “on numerous occasions.”

Police believe drugs were a factor in the death of baby Mercedes Saturday night, but the official cause of her death is pending until the autopsy results are released. Filed Under: Baby Survives By Biting His Hands.

Parents and babysitter were charged

A silver alert had previously been issued in Indiana, after the baby was last seen around 12:30 p.m. last Saturday with Justin Miller, according to the FBI. Filed Under: Baby Survives By Biting His Hands.

Parents gave up the baby because they wanted to “take a break”, but later found her dead

The court documents cited by The Sun notified that the baby was delivered to the babysitter Justin Miller on August 14 and it was agreed that he would return her that same day, but then it was decided that he would take her home on Sunday, August 15.

Investigations also indicated that parents Kenny Lain and Tiffany Coburn left the baby with her because they wanted to “take a break,” but were unable to locate Justin Miller after they themselves reported her missing. Filed Under: Baby Survives By Biting His Hands.

The babysitter led the police to the forest, where they found the baby dead

Babysitter Justin Miller thought he had left baby Mercedes with one of the parents’ neighbors, but that was not true, CBS Indianapolis also noted in its report published Thursday and updated Friday.

In the end, Justin Miller led police to a wooded area in Starke County on Wednesday night where the innocent baby was found dead, People and The Sacramento Bee also reported. Filed Under: Baby Survives By Biting His Hands.