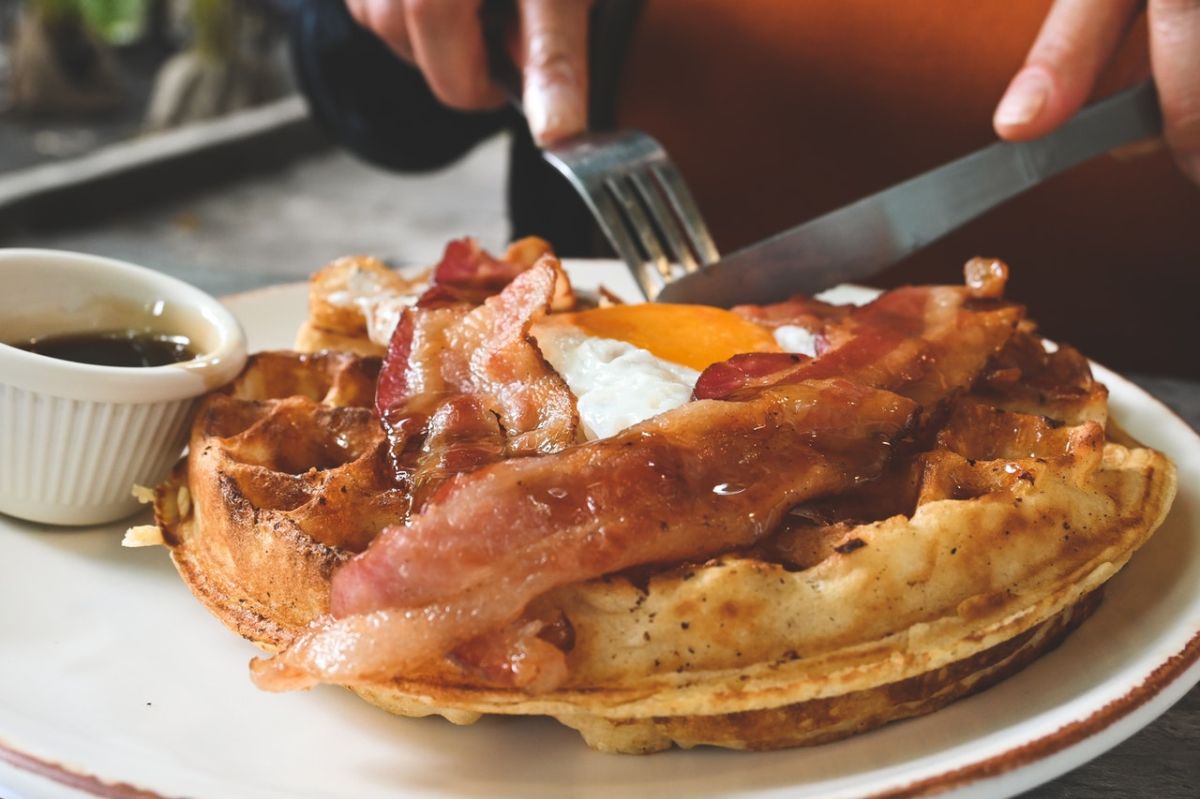 Eating a few slices of bacon a day is enough to increase the risk of long-term health effects. Consuming this meat can increase your risk of cancer in several ways.

Bacon is a processed red meat and processed meats are classified as carcinogenic by the World Health Organization. Processed meat refers to meat that has been transformed by salting, curing, fermenting, smoking, or other processes to enhance flavor or improve shelf life. Like bacon, cold cuts, hot dogs, and deli meats.

Bacon is made with pork and goes through a curing process in which it is soaked in salt, nitrates and other ingredients such as sugar.

Processed meat like bacon increases the risk of colorectal cancer.

Red meat is classified as probably carcinogenic to humans. The WHO reported in 2015 that the consumption of red meat is associated with colorectal cancer, but they have also been observed associations for pancreatic cancer and prostate cancer.

Some studies have also found link between red meat and increased risk of breast cancer in women.

Cured meats like bacon are high in sodium, nitrates, polycyclic aromatic hydrocarbons (PAHs), heterocyclic amines (HCA), and advanced glycation end products (AGEs), all of which can increase your risk of cancer.

Consuming processed and unprocessed red meat may promote DNA damage-associated mutations in colorectal cancer patients according to a new study published in the Cancer Discovery journal of the American Association for Cancer Research.

How Much Bacon Can Increase Cancer Risk?

Each 50-gram serving of processed meat consumed per day increases the risk of colorectal cancer by 18%, according to the WHO.

A study conducted by researchers at the University of Oxford, which included almost 475,000 people, associated the 20-gram increase in daily processed meat intake (equivalent to about 2 slices of bacon) with an 18% increased risk of colorectal cancer.

If it is those strips of meat you find irresistible but you are also looking for your health, you may not have to avoid bacon, but you should reduce its consumption and enjoy it occasionally, following a balanced diet.

Try to opt for uncured, nitrate-free, and low-sodium bacon. Avoid frying or baking it at high temperatures and cooking at low temperatures to decrease the concentration of harmful compounds such as heterocyclic amines. Analysis has found that cooking bacon in the microwave can reduce the amount of nitrosamines compared to pan frying.