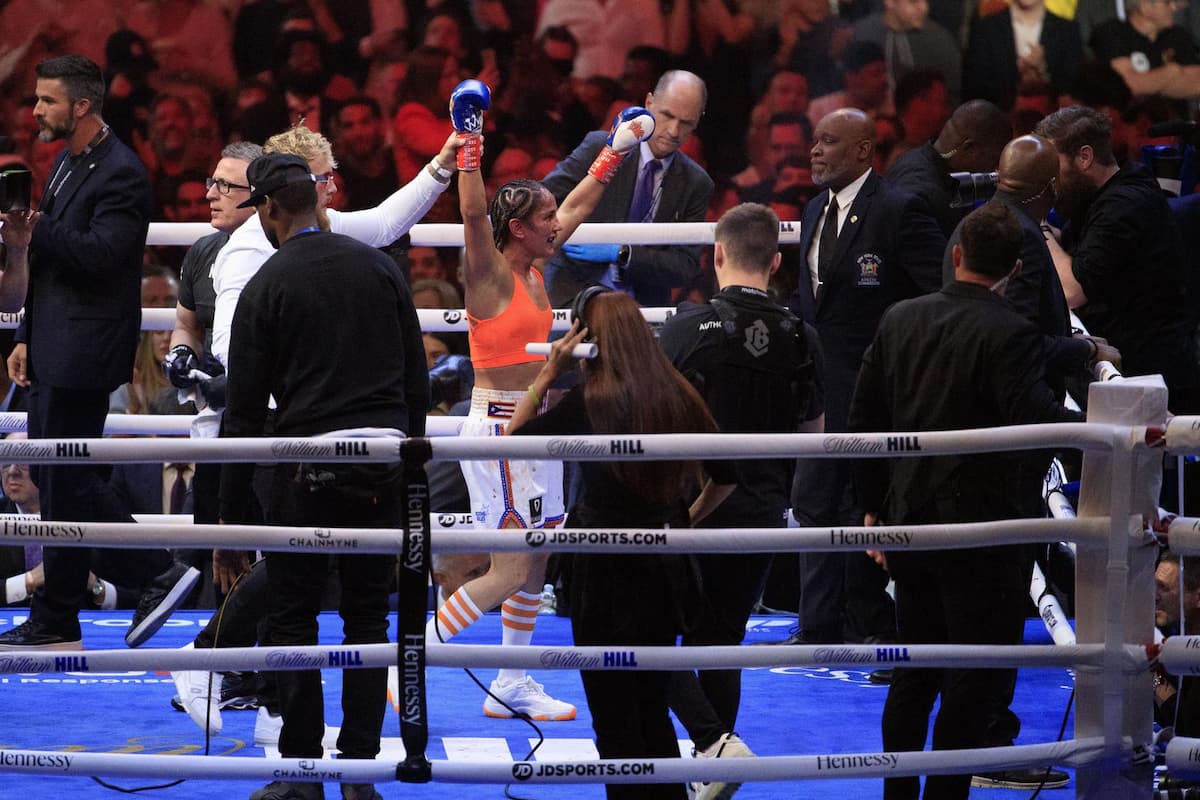 The singer Bad Bunny, as well as other figures from Puerto Rico, highlighted the gallantry and bravery shown by the Puerto Rican boxer Amanda Serrano in the fight that ended with her defeat on Saturday night against the Irish Katie Taylor .

In a fight that could well have been tied, two judges voted 96-93 and 97-93 for Taylor and one, 95-94 for Serrano. The clash marked a clear “before and after” moment in women boxing at Madison Square Garden in New York. It was the first women-only boxing game to have been hosted by MSG arena.

“Amanda won, period. The fight was shit. Thank you Amanda Serrano for representing and making us feel proud bastard!! It had been a while since she had this feeling with a fight. The world knows klk with the bori puñeta !!!”, assured Bad Bunny in a tweet.

The Irishwoman kept all the titles in the light division and confirmed herself as the queen of women’s boxing, number one, pound for pound.

An almost familiar embrace between the rivals shook Madison Square Garden as the epilogue of a battle that could have tilted for either of the two rivals, but two Thursdays gave the winner a wide advantage that provoked public disapproval.

For his part, the Governor of Puerto Rico, Pedro Pierluisi, congratulated Serrano “for her extraordinary performance in the fight.” “I join the massive demand for Katie Taylor to give her a rematch as soon as possible.”

“That belt will be Amanda’s! PR is full of pride for our champion”, Pierluisi highlighted on his Twitter account.

Meanwhile, the actress of Puerto Rican origin Rosie Pérez questioned on the same social network: “What the hell was that?” in reference to the controversial decision of the judges.

In turn, the American basketball player Damian Lillard, of the Portland Trailblazers, was outraged by the result of the fight through a tweet.

“Cold world. Serrano won the fight. At least it was a tie,” he maintained.

With the victory, Taylor added his twenty-first win without defeat, six by knockout, while Serrano suffered his second setback, with 42 wins, 30 on the fast track, and one draw.

After the fight, Serrano assured that the fight with Taylor showed that women can put on a great show and fill big squares like the one in New York, which was attended by 19,187 people.

“We showed that women can fight at a high level, we can sell tickets, and I am satisfied with my demonstration because I gave everything I had,” Serrano said at a press conference after losing by a split vote to Taylor.