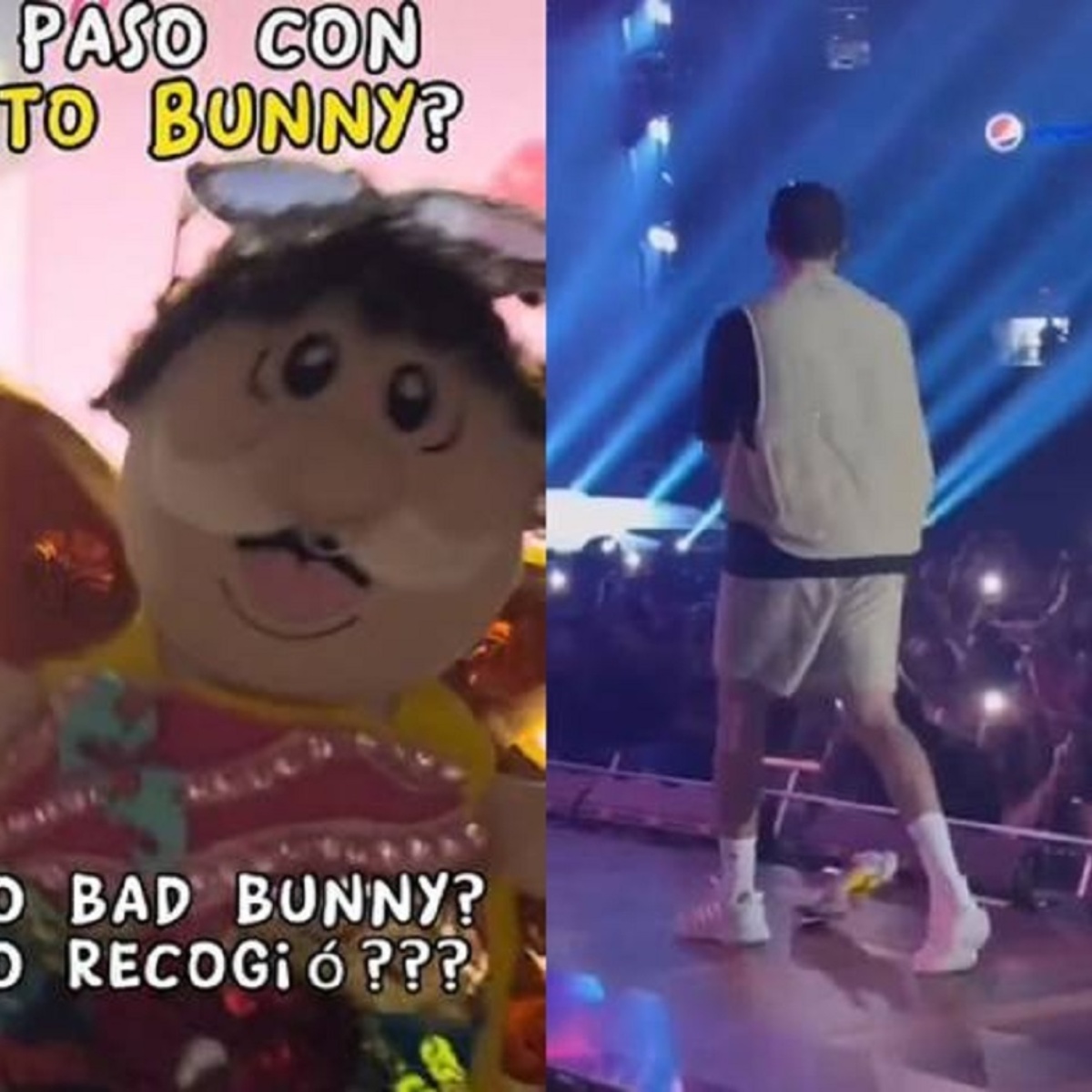 Dr. Simi’s stuffed animal is the mascot of Farmacias Similaresbut for a few months it has become very popular, as fans throw them at their favorite artists at their concerts and even characterize them as them.

It should be noted that throwing stuffed animals of Dr. Simi is already a tradition among Mexicans who attend concerts, but there are artists who do not like having these objects thrown at them, as happened with Bad Bunny, who ignored the tender doll.

The tradition would have started when a young woman threw a Dr. Simi at the singer Aurora, who took it with affection, but the gesture is not always accepted with gratitude, as happened with Bad Bunny, who had a Dr. Simi thrown in his concert in Texas and ignored it.

It turns out that a TikTok user shared a video of how she decorated a Dr. Simi to throw it at the 28-year-old singer, as the Bad Bunny fan put glasses, a wig on her and sequined the cover of the album “Un Verano din ti” .

IT MAY INTEREST YOU: Bad Bunny talks about his retirement before the premiere of “Un Verano Sin Ti”

After this event, Suahil shared the entire process to make Dr. Simi characterized as Bad Bunny and narrated that he had given it to his roommate to throw at the singer’s concert in San Antonio, Texas.

“I throw it at him, without so much force because it was already there, it falls between his legs. In fact, she moves one so as not to step on it. She did see it, but she didn’t get up. But yes, I’m sure she saw it ”said the friend of the owner of Dr. Simi ‘tuned’.

“Yes, he saw it, but he did not want to fight”, “He does not grab anything that is thrown at him” and “He did not deserve it, sister” were the comments on the video.

It should be noted that in the end Dr. Simi’s teddy was left on the floor and the owner does not know what his fate was at the Bad Bunny concert and so far the singer has not said whether or not he noticed the teddy.