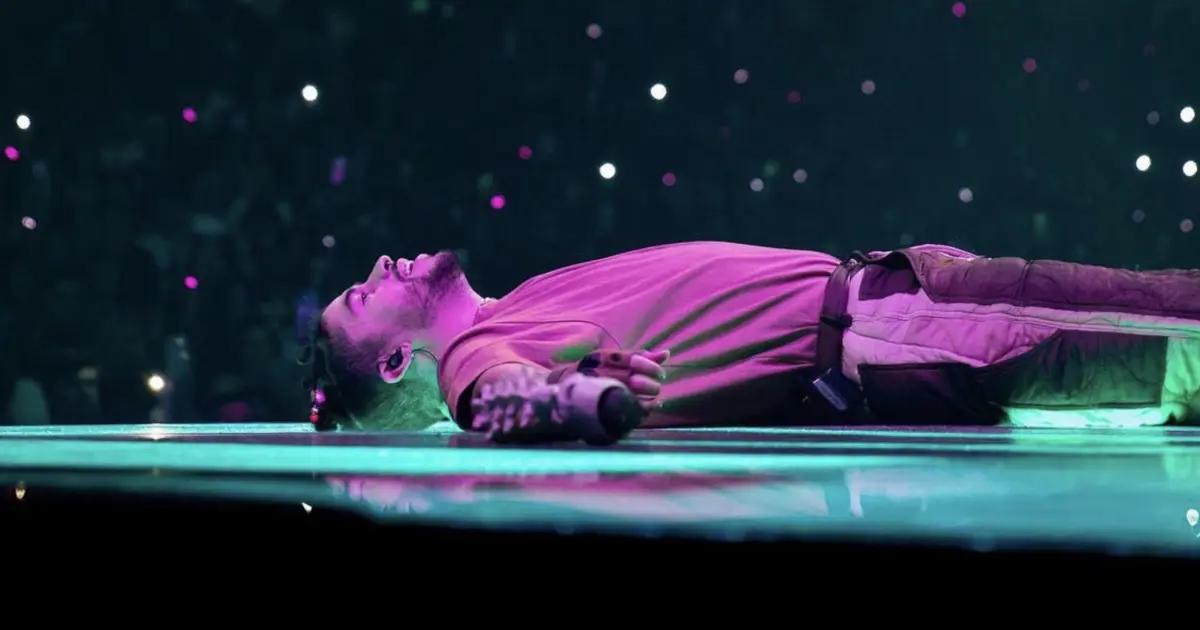 Bad Bunny is a famous Puerto Rican singer who performed on Thursday, December 1, in Guatemala as part of his World’s Hottest Tour. While performing his hit Neverita the singer fell on stage.

It seems that the presentation of the urban genre singer generated great expectation in the country, and that is why fans began to line up on the night of Tuesday, November 29 and were there all November 30 and December 1 until the doors were opened to enter the Explanada Cardales de Cayalá.

On this occasion, the Puerto Rican singer took the stage at around 9 p.m. and unleashed a furor among thousands of fans by singing some of his most famous and well-known songs such as Titi me preguntó, El apagón, Ojitos Lindos, Te boté, and Si Veo a Tu mamá.

Bad Bunny falls on the stage.

The videos shared on social networks show that when Bad Bunny was singing Neverita, he made a move and moved around the stage but lost his balance and fell.

Bad Bunny stays seated on the stage and stops singing, but the fans follow the melody at the top of their lungs to relax the moment that no one cared so much for having his

After the fall, Bad Bunny continued his concert and delighted his fans until 11:20 p.m., making the most magical moment for his Guatemalan fans.

The extreme price to see Bad Bunny, at least in Mexico

Recently, it was highlighted that a few days before Bad Bunny’s concert in Mexico, Mexicans were looking for where to buy tickets after selling out. Hence, they can pay over 8,000 MXN or $400 in resale.

Social networks represent a new communication channel worldwide, which is why there are currently 4 billion 620 million network users worldwide, representing a year-on-year growth of more than 10 percent, according to data from We Are Social and Hootsuite.

Normally, people join the digital conversation every day, where geographical barriers do not matter; so since the Internet was implemented in people’s daily lives, we can learn about new things in different parts of the world.

One of the most important search engines is Google, where Mexicans have a great presence, and these week’s searches have focused on Bad Bunny’s concert in the country.

It is worth noting that according to Google data, searches are currently showing that keywords such as “Bad Bunny Monterrey” and “Bad Bunny CDMX” are among the strongest trends.