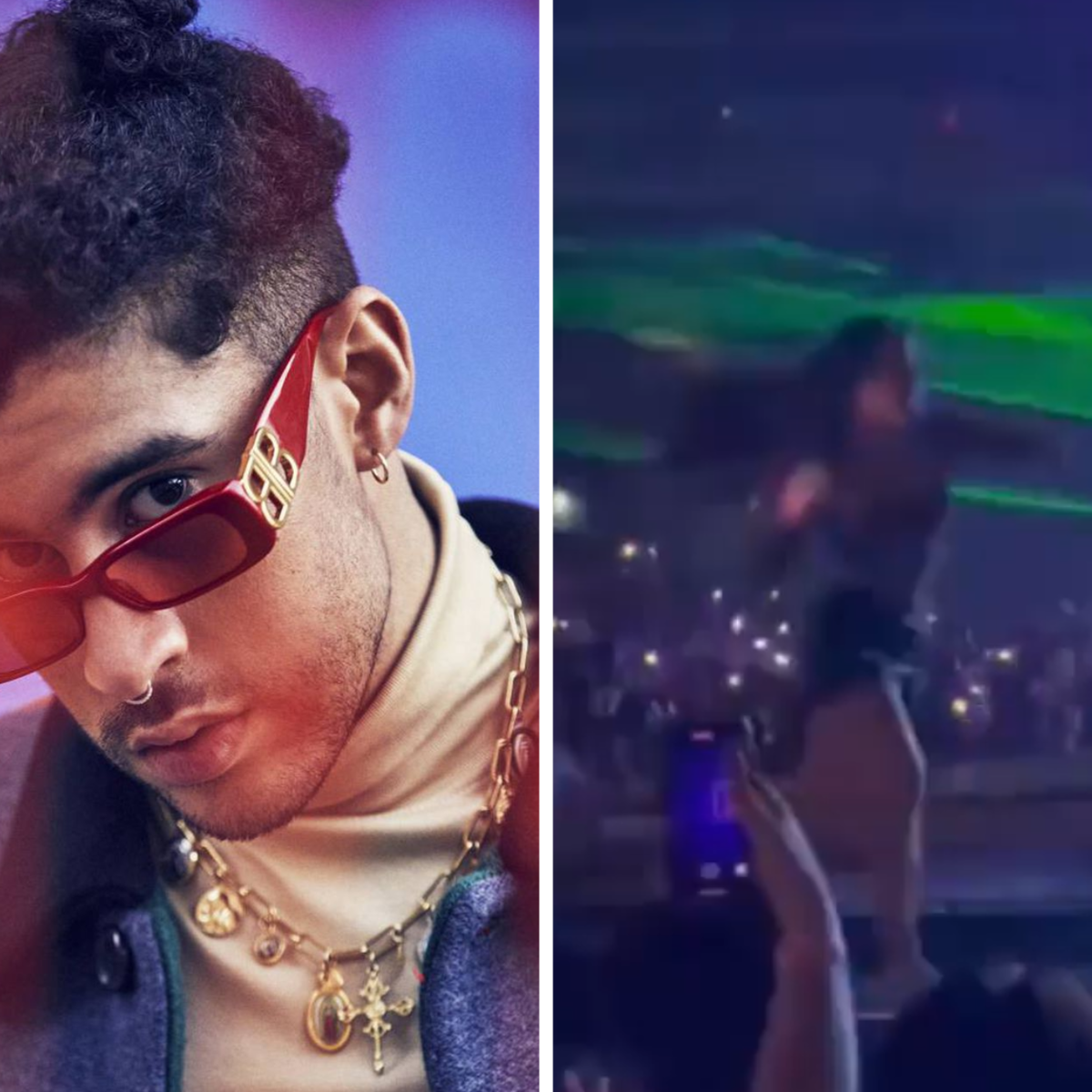 Bad Bunny was performing one of his concerts as part of his most recent tour, the World’s Hottest Tour, to sing his greatest hits, including those from his album “Un Verano Sin Ti.” And it seems that the fever for the famous reggaeton player affected the fan who went on stage to reach him.

This happened at the concert held at the Hard Rock Stadium, and in the middle of the event, a fan managed to overcome the site’s security and get on stage. However, getting close to Bad Bunny was not easy as the guards began to chase her.

But the unthinkable happened, and the young woman trying to flee fell on her back from the stage over a meter and a half high, which could have resulted in a very serious blow to the head. Luckily, one of the guards managed to catch the air, as seen in the video.

The video is viral on networks and shows the spectacular fall

As in all current concerts, many attendees are recording their idols, and this concert by Bad Bunny was no exception. So thanks to a user, there is a video of what happened.

Although she had no significant injuries, in the video, it can be seen that the young woman, when trying to jump a fairly considerable distance between a separation on the stage, hit her face when she hit her knee.

So far, it is the only information we have; the young woman’s state is unknown. Also, it seems that Bad Bunny did not realize what had happened, and since there were no severe injuries, his concert continued. Another surprising case with another fan was the one who stole a kiss from the singer.

It may interest you: Bad Bunny will pamper his fans with a show on Instagram.

When did Bad Bunny get married?

It was thought that the famous Bad Bunny married on June 1. However, the reality is that it was an announcement for the video premiere of the renowned song “Tití me preguntó.”