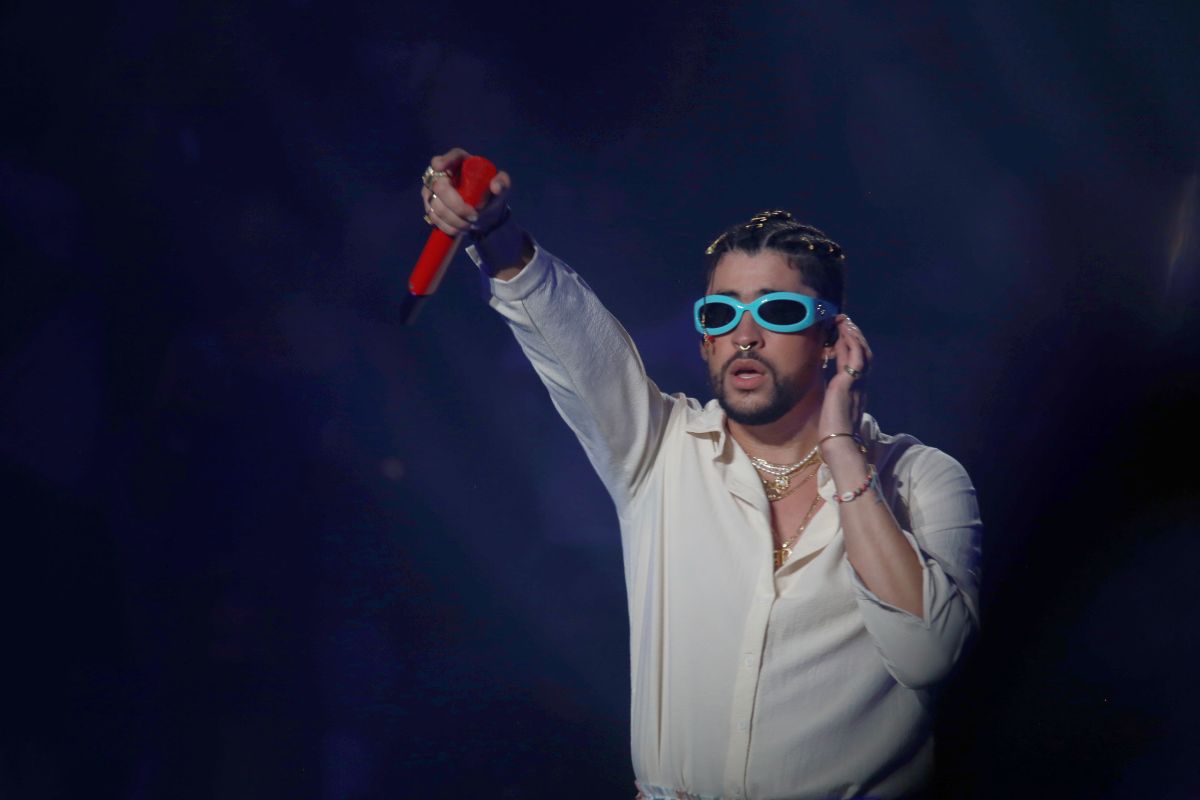 The singer Bad Bunny this weekend performed a concert at the Hard Rock Stadium, located in Miami. In turn, the Puerto Rican offered his usual show while he gave a grand tour of his musical successes to delight those present. However, something quite remarkable happened that night. It perplexed those who attended and the rest because a video went viral.

This is a fanatic who went on stage to try to be close to him, but things definitely went very wrong for her because there was a part that did not have a platform, and when she jumped, her feet did not reach the other part to be able to fall standing, and she went down.

In turn, it is seen that it was a terrible fall in addition to how high it can be seen from where it fell. All this happened while she also prevented the security guards of the event from grabbing her to lower her and thus not hinder the show that the public was enjoying, and also take care of the integrity of the singer of the urban genre.

Those who attended the show did not hesitate to record what was happening for a second. Nevertheless, no one expected that she would have a severe accident that became a trend on the different platforms.

After the mishap suffered by the woman, the organizers of the show had to attend to the emergency that arose. Therefore, they had to lend him support, and she was carried out on a stretcher due to the situation he was going through.

However, the health status of the young woman who wanted to be very close to the ‘Bad Rabbit’ is unknown, but ended up having a very bad time.

The Puerto Rican has sometimes been criticized for the type of behavior he has in his presentations because, in one of the most recent shows he performed, there was a person who threw a phone at him so that Bad Bunny could record himself and what he did was throw it to the opposite side from the platform.

The event was recorded when he had his cell phone in his hand, as he was looking for the camera to capture the moment with the people who attended that day.