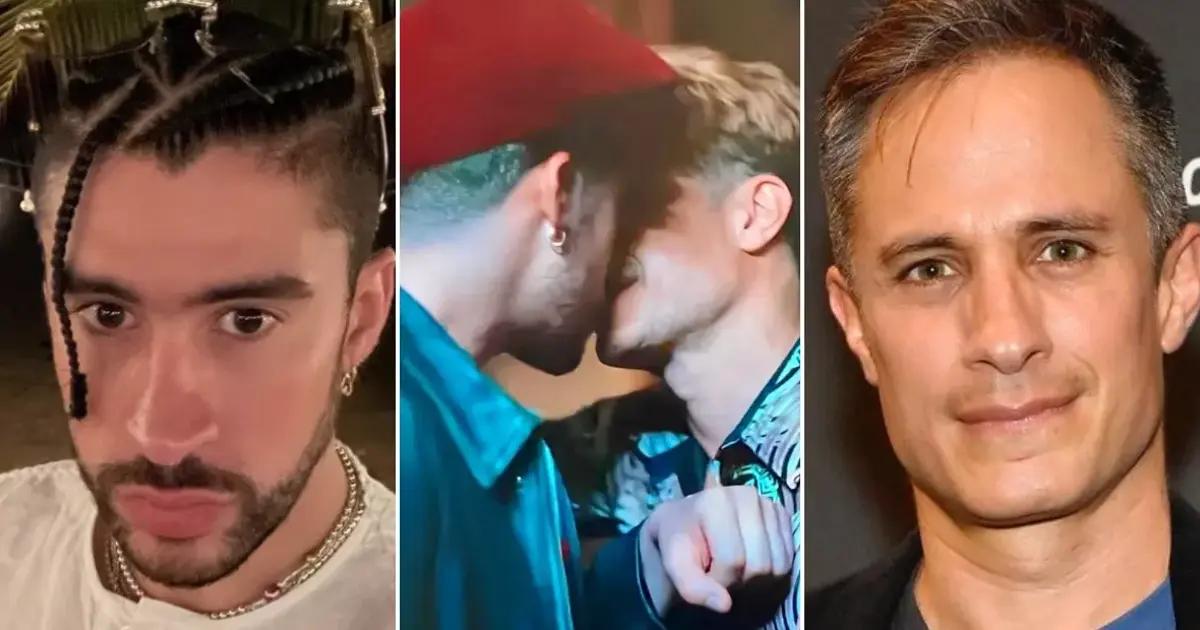 Gael García’s most recent film work is already beginning to be shown. In July of last year, the first images of the Mexican actor as the wrestler Cassandro, who stood out in the 80s and 90s for his activism on behalf of the LGBT+ community, were released.

In the pictures that went viral on social networks, Diego Luna’s old friend (the famous Los Charolastras) looked totally different than usual. His hair was blonde because filming had already begun on location in Mexico City, El Paso, Texas, and Ciudad Juarez, Chihuahua.

Although the cast is quite large, one name caused a furor when more details of this movie, directed by Roger Ross Williams, were released. It is Bad Bunny, who in the film will play one of the lovers of Saul Armendariz, the wrestler’s real name.

And this Tuesday, the reggaetonero went viral again. It is because of the leak of two images of him on stage with Gael García. The peculiar thing is that both are kissing on the mouth.

The 28-year-old artist has been characterized because he is always above the sexual standards established by society. In addition to being seen in feminine attire, he has kissed dancers on stage, men and women alike, revealing his openness on a sexual level.

‘Cassandro’ had its world premiere at the Sundance Film Festival.

It is believed that the images released today may have been captured two days ago when it was the world premiere of Cassandro at the Sundance Film Festival held in Salt Lake City in the United States.

The film’s synopsis also stars Roberta Colindrez, Joaquín Cosío, and Raúl Castillo. It tells the story of how the protagonist rises to international stardom after creating the exotic character Cassandro, the Liberace of Lucha Libre, who – in the process – changes not only the world of male wrestling but also his own life. It will premiere on the Prime Video platform with a date yet to be defined.

Gael Garcia comes from landing a major role in the Station 11 miniseries and working with Marvel on Werewolf By Night. Cassandro is a stepping stone on his path.