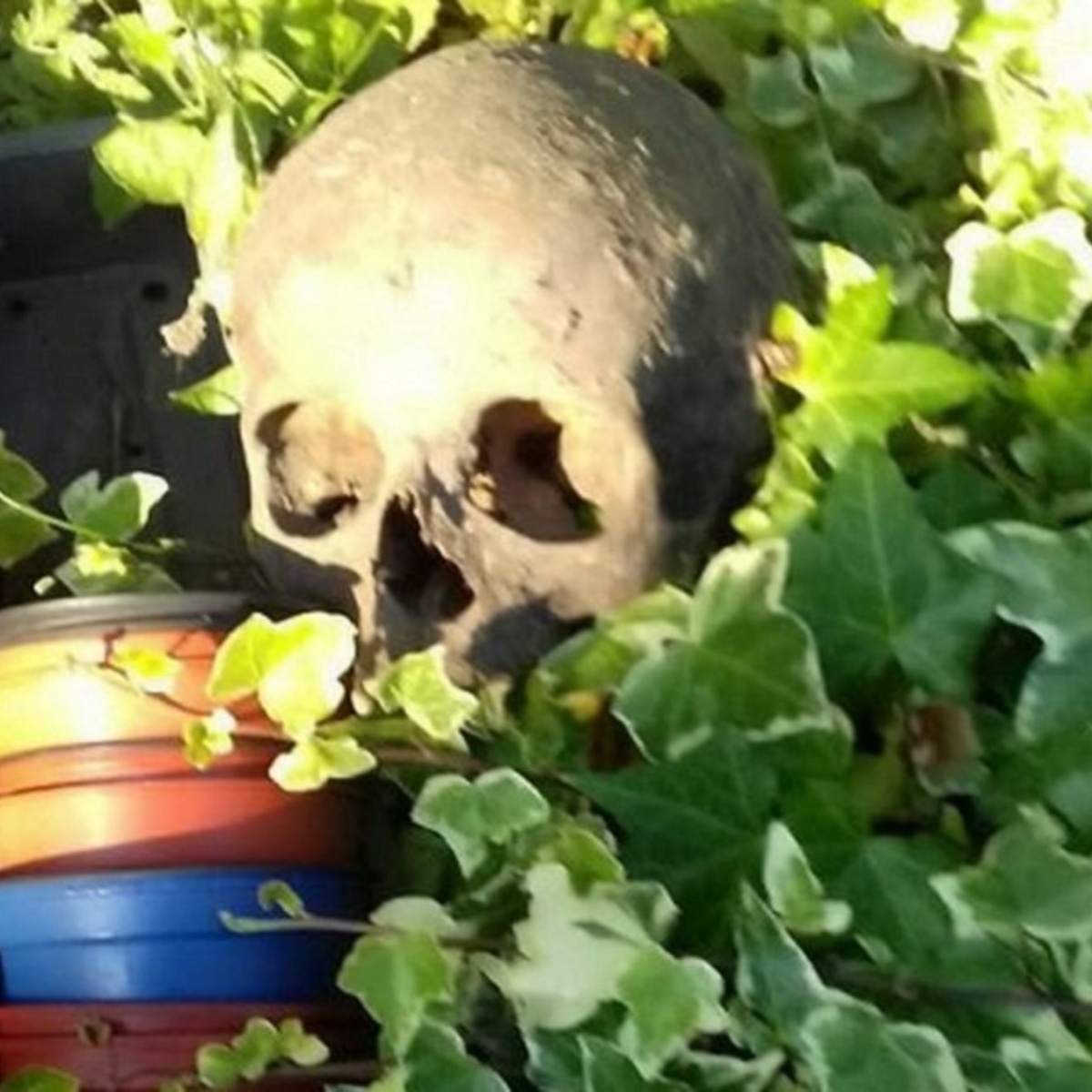 For the past 12 months, a grandmother has been finding human bones and even a skull scattered throughout the flower beds of his yard having no idea where the creepy deposits came from.

Ann Mathersaged 88, from dudley in West Midlands, Englandfirst found a skull last July outside the row house he had lived in for 60 years and called police.

The local force then cordoned off his property as a possible crime scene.

However, it was discovered that the ‘criminals’ were in fact a group of grave-robbing badgers who had been digging up bones from a nearby graveyard and dumping them in Ann’s garden, the Daily Star reports.

Grandma was said to be “scared to death” at first by the discovery of the human bones, which included several femur bones, but since the furry culprits were finally discovered, the animals’ continued behavior has become a annoyance.

Ann’s daughter, Lorraine Lloyd, 60, said: “This problem has been going on for a year and my mum is fed up.

“The badgers are digging tunnels under the graves and when they come across one that has collapsed, they dig up the bones and throw them in Mum’s garden.

“It’s basically human remains throwing flies all over my mom’s lawn and there’s nothing we can do about it.”

Ann’s house overlooks the Providence Baptist Church cemetery and badgers used a path between the two to drag the bones.

Public official Lorraine said her elderly mother called “hysterical” when the skull was first found and couldn’t believe her eyes when she saw the morbid evidence for herself.

He added: “There were human remains everywhere. We called the police and they sealed it as a crime scene. I don’t know if they thought it could be a possible murder victim, but very soon they found many holes in the garden where the badgers had been digging.”

“It must be very distressing for people if they find that the remains of their relatives are being dug up,” he added. One particular night, Ann went downstairs and counted seven badgers on her lawn.

It may interest you: Horrifying discovery! 26 skeletons found in the UK, there is talk of human sacrifice

What will happen to the badgers that dig up human bones?

Dudley Metropolitan Council told the concerned family, who pleaded with them for help, that nothing could be done to relocate the badgers until this year’s breeding season was over.

Cabinet member for Roads Councilor Shaz Saleem said: “As badgers are a protected species, we are in the process of enlisting the services of a qualified ecologist to help us further.”

While Woodsetton Ward Councilor Adam Aston said he hoped urgent work could be done to improve the cemetery boundary to prevent further excavation in the area.