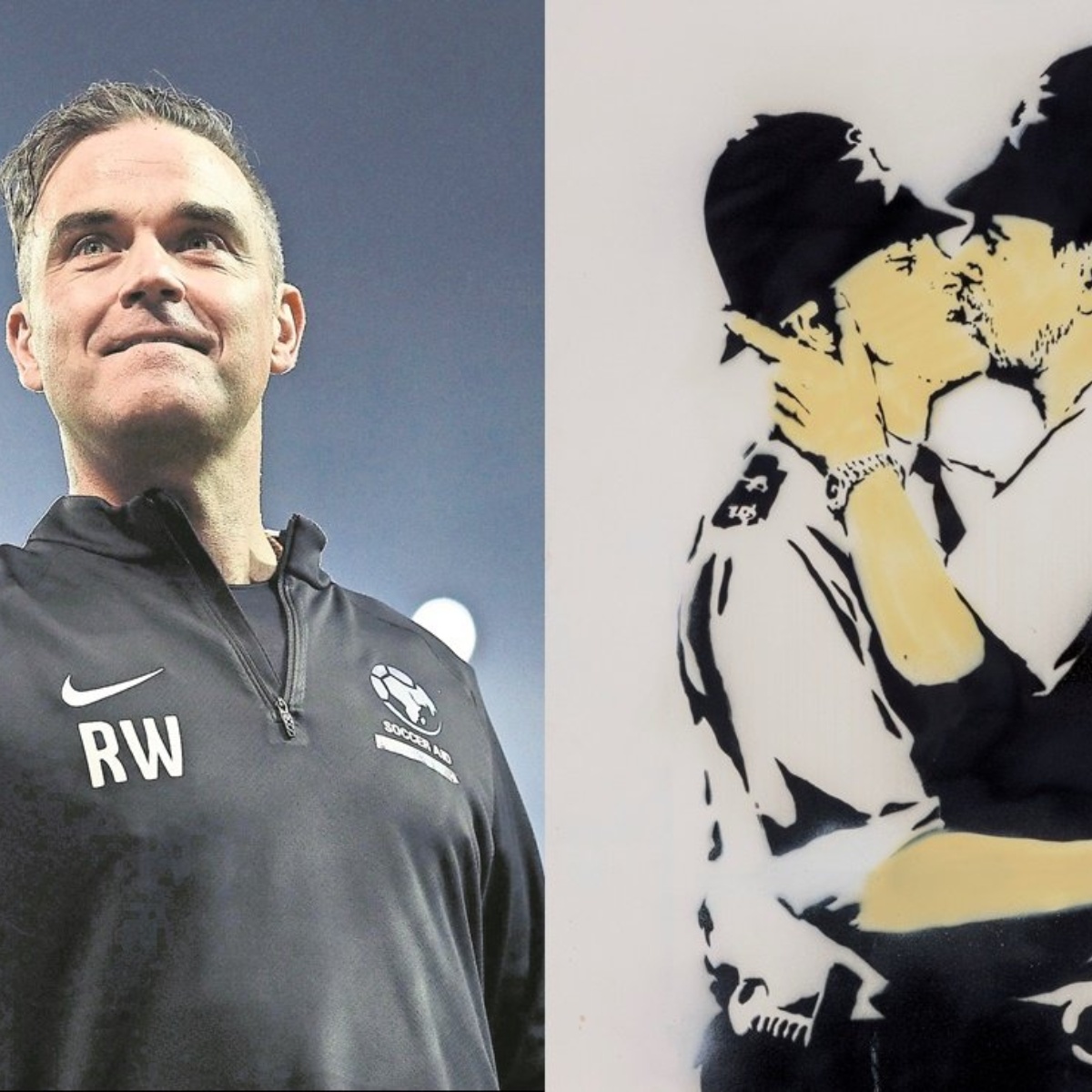 Two paintings by the urban artist banksywhich were part of the British singer’s art collection, Robert Williamsthey have auctioning for several million dollars each. The sale took place at sotheby’s auction held this Wednesday in London.

The Sotheby’s work illustrates the “anti-war message” of Banksy’s works; let us remember that the true identity of the artist remains a mystery, but he likes to leave a mark. Although the painting is reminiscent of the American film “Apocalypse Now” about the Vietnam War, seems to evoke the Iraq warwhere the artist is said to have participated.

At the same auction, it was sold a version of “The girl with the balloon” by £2.8m ($3.7 million). This Banksy work was also owned by Robbie Williams, who bought it directly from the artist in 2006. Its price was estimated at between 2 and 3 million pounds.

The image of a girl launching a red heart-shaped balloon appeared on the walls of London from 2002 and was later reproduced in various versions by the artist, including paintings and prints.

One of these versions, partially self-destructed in a sale, fetched nearly £18.6m in October 2021 at auction in London, a record for a painting by the English artist.

In March 2021, another of his works, “Game Changer”, a painting in tribute to health personnel during the coronavirus pandemic, was sold for 16.75 million pounds that were destined for the British public health service.

What does Banksy’s art mean?

Banksy is a street artist, but above all he is a political activistor. His paintings denounce big problems like poverty and inequalityunbridled consumerism, the consequences of capitalism or the effects of war and violence on the most vulnerable, that is why his works often cost millions of dollars for art lovers like Williams.