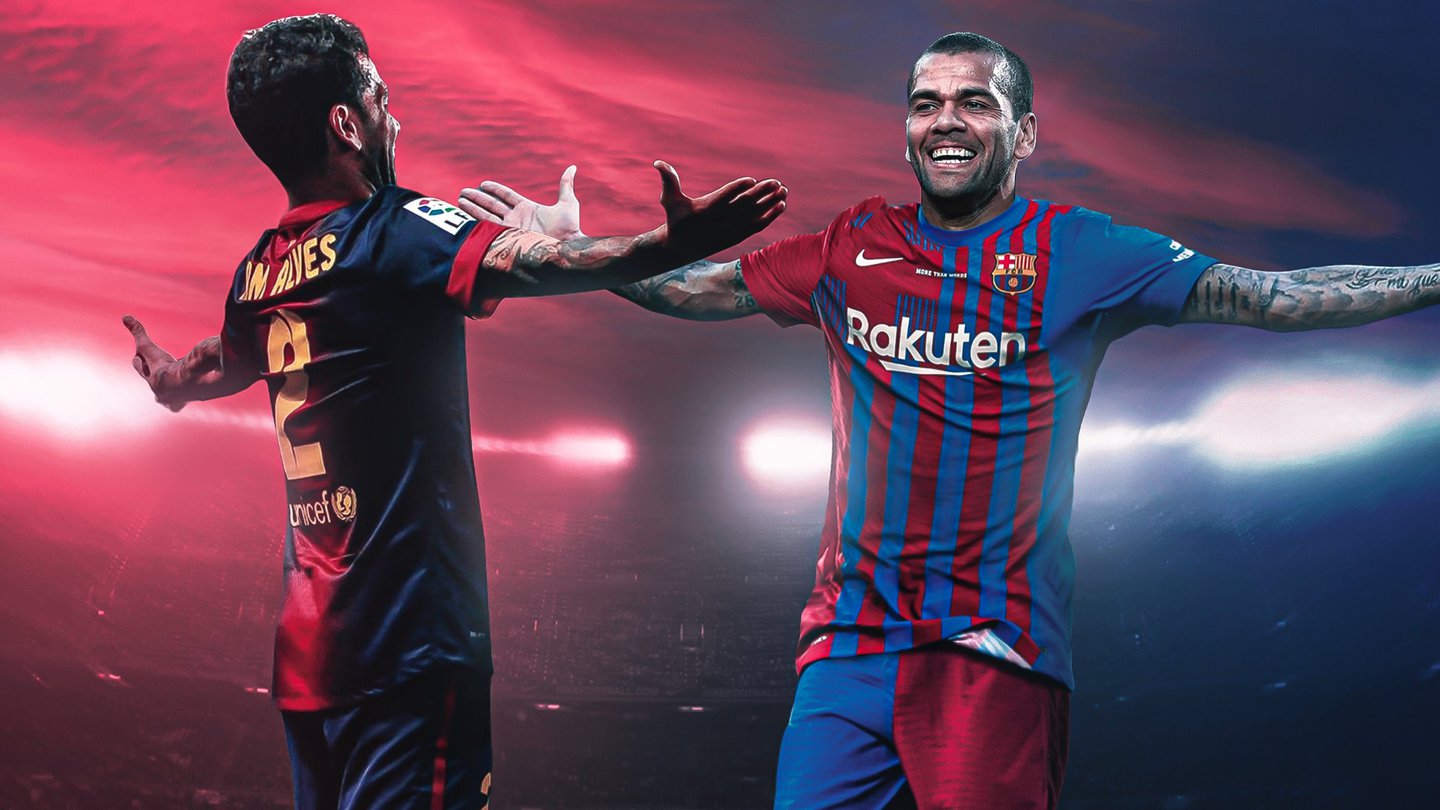 The Catalan club confirmed on their social networks that the experienced Brazilian player returns to the Camp Nou just over five years after his departure. Here is the official announcement.

Just over five years from the day he left for Juventus and ended an eight-season cycle, Brazilian footballer Dani Alves returns to FC Barcelona. The experienced 38-year-old right-back has become the first signing of Xavi Hernández , who asked the team managers to hire him. He arrives as a free player after leaving São Paulo FC in September.

In a statement published on its website, the culé entity reported that it has “an agreement in principle” with Dani Alves to join the first “for the remainder of this season.” Although he will be under Xavi’s orders in training from next week, he will not be able to play until January because he must wait for the market to open again.

As reported by Sport , which quotes the journalist Gerard Romero, Alves will have a low salary that will depend on his performance , because beyond the fact that he is in the final stretch of his career, it is also a mechanism not to inflict the salary cap rules that La Liga imposes . Although there was no absolute consensus, the Board of Directors gave in to Xavi’s request to have his former partner among his pupils.

Dani Alves is reunited with Xavi Hernández, who was his partner and will now be his coach (Photo: Getty Images)

This will be the second cycle of a Dani Alves who aspires to be one of the locker room references on his return to the team with which he conquered the Sextete of titles under Pep Guardiola in his debut campaign. After that dreamed start, his first stage at the Camp Nou continued full of success: in total he raised 23 trophies . He is the most winning player of all time with 46 victories as a professional.

His departure from Barça occurred in the summer of 2016 after a dispute with the board headed by Josep María Bartomeu, at that time he left for Italy to join Juventus . Later he also went through Paris Saint Germain and finally returned to football in his country, where he was playing until a few months ago.

Dani Alves was training on his own but will join the Barça squad next week.

On his return to the culé team, Dani Alves competed for a position on the right side with young players such as Óscar Mingueza and Sergiño Dest , as well as Sergi Roberto , who was his partner and held that position when he left the club. Douglas, Nélson Semedo and Aleix Vidal are others who failed to fill that void. In any case, the intention of his return is that he can contribute his experience in a dressing room that has many young players and will help Xavi to recover the DNA of the golden age of the institution.