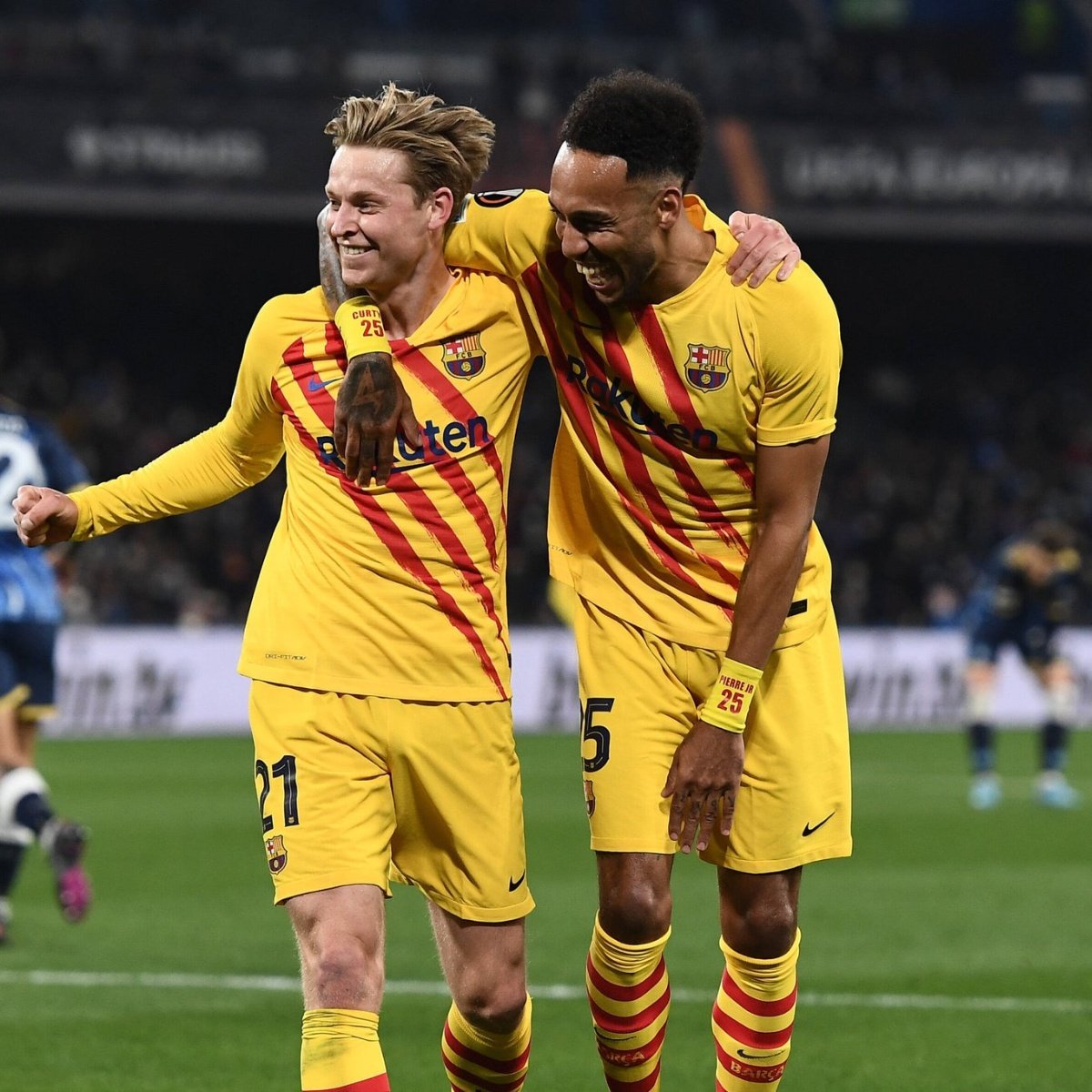 The FC Barcelona beat Napoli 4-2 as a visitor and advanced to the UEFA Europa League round of 16the only international tournament that remains to be played in the season.

Those led by Xavi devastated the Diego Armando Maradona stadium after the 1-1 draw in the first leg at the Camp Nou, which left the fans worried, but the azulgranas knew how to capitalize on the pressure.

Barcelona was eliminated from the Champions League with another 3-0 against Bayern Munich, so it was essential to take advantage of qualification for the Europa League to rescue a season of ups and downs.

A dizzying counterattack orchestrated by Adama Traoré and finished off by Jordi Alba put Barcelona ahead after eight minutes of the game. The visitors didn’t have long to wait for their second of the night when Frank de Jong’s mid-range shot hit the top corner just five minutes later.

Lorenzo Insigne’s 23rd-minute conversion from the penalty spot gave Luciano Spalletti’s side a glimmer of hope that a comeback was within reach. However, Barca continued to hold possession and kept Napoli deep in their own half, with the hosts relying on quick counter-attacks as part of their bid to restore parity.

Gerard Piqué was the quickest to react in the area to pick up a rebound and drill a half-volley to send Barcelona into half-time with a comfortable lead. A last goal from Traoré sweeping through the Italian defense closed the game, although Politano managed to score the second for the hosts in the 87th minute.

Xavi reacts to the victory

Xavi Hernández, who was confirmed as Barcelona’s new coach on November 5, said he has a lot of confidence in his team heading into the round of 16, but they remain grounded:

“This is a victory that gives us confidence. We dominated for 90 minutes, and that’s the first time we’ve really done it since I’ve been here.” “We were faced with a Naples who does not usually concede many goals, who is more prepared for the Champions League and is a candidate to win the Scudetto”

“It’s natural that expectations are high, because we are Barcelona, ​​but we also have to remember that we haven’t won anything yet. We are in the round of 16, we want to win, but we must be humble”, said the Barcelona coach.