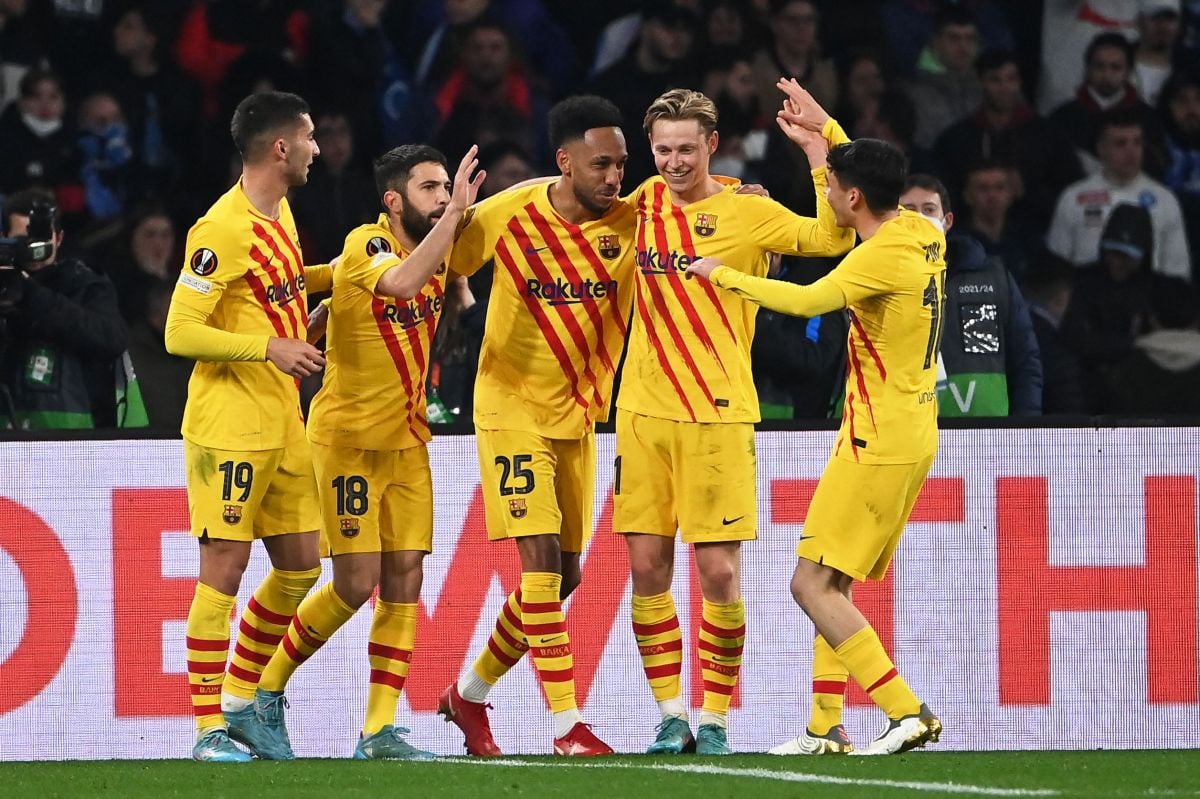 FC Barcelona did not stay away from what is happening between Ukraine and Russia, and spoke about it minutes before the match in which won 2-4 (on aggregate 3-5) and eliminated Napoli from the UEFA Europa League with three great goals from Jordi Alba, Frenkie de Jong and Pierre-Emerik Aubameyang.

On a night full of goals, the team led by Xavi Hernández gave a great display of football to advance to the round of 16 of the Europa League beating the Neapolitan team, but before the game, andexhibited a large banner explicitly calling for “Stop the war”referring to Russia’s bombing of Ukraine.

Already with the game underway, the Barcelona that dominated from the beginning, took advantage of a poorly executed corner by the Italian Lorenzo Insigne to undertake a very fast counterattack, started by Aubameyang, continued by Adama Traoré and finished by Jordi Alba to sign the first great goal of the night at minute 8′.

Just five minutes later, the one who was the best player of the night appeared, the Dutchman Frenkie de Jong to score an impressive goal from outside the area after a long serve by the culé goalkeeper, Marc-André Ter Stegen, which was very well lowered by Ferran Torres.

For minute 23′, an oversight in defense of the Barça team, that the Nigerian striker Victor Osimhen will escape with the ball and end up being shot down in the area by Ter Stegencausing a penalty that was well charged by Insigne for 1-2.

In the twilight of the first half, again a Barcelona attack managed from a corner and with a series of rebounds, found Gerard Piqué well positioned who finished off with his left leg to place the third goal of his team and go calmer to rest.

For the second half, Barcelona did not take their foot off the accelerator and continued attacking until at 59′ it was Aubameyang’s turn to score another great goal again at the angle of the Neapolitan goalafter a great play with a low center by Adama Traoré, which Jong let pass with a lot of class.

Napoli’s second and last of the match came at 87′ through Mateo Politano who took advantage of another error in defense of the Spanish team to finish off with force inside the area and leave the German goalkeeper with no chance.

With this result, Barcelona advances to the round of 16 of the UEFA Europa League where they will have to wait for a new draw to find out their rival. The other teams that advanced from phase were, Sevilla and Betis (Spain), Porto and Sporting Braga (Portugal), Atalanta (Italy), RB Leipzig (Germany) and Rangers (Scotland).

Also read:
– Aubameyang is inspired by a Mexican soccer legend to celebrate his goals with acrobatics
– Real Madrid vs. Barcelona: date and time announced for the next Spanish classic