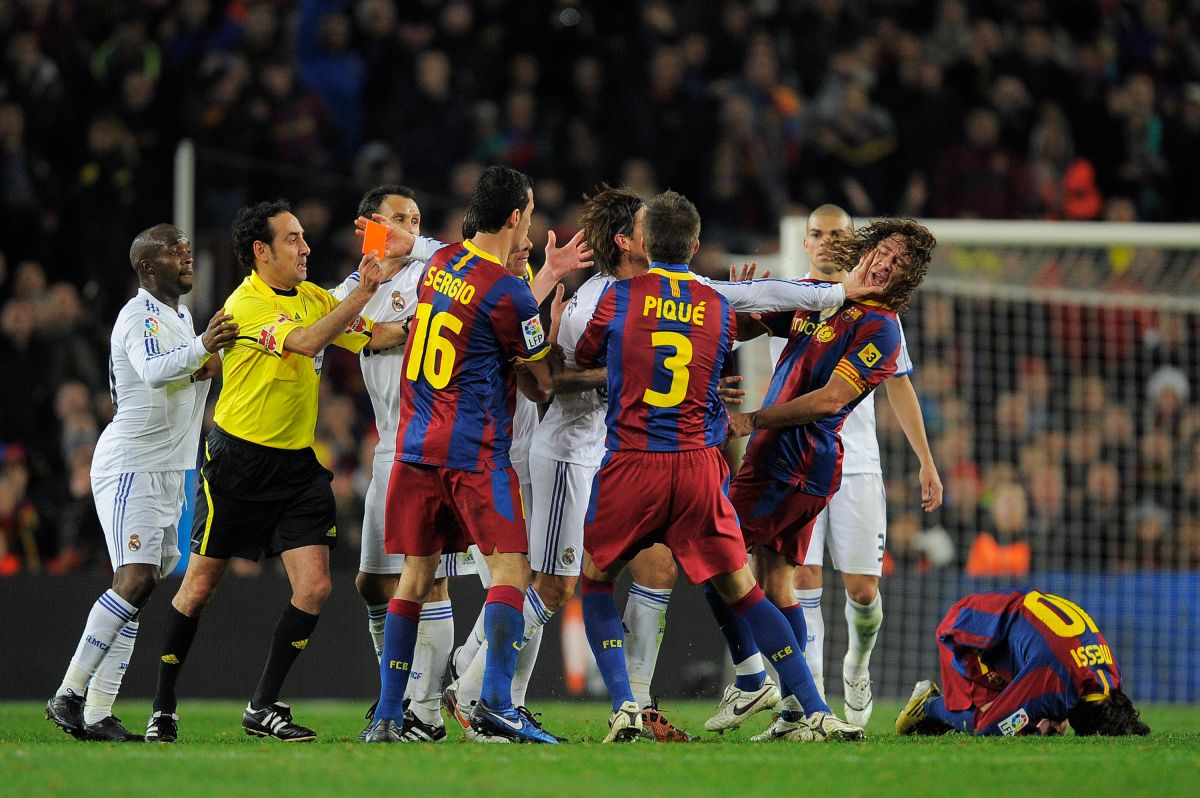 As has happened historically, Classics between Barcelona and Real Madrid come to paralyze the world and despite being the first in the last decade that will not have Lionel Messi and Cristiano Ronaldo In none of the templates, this one comes with enough attractions to enjoy.

In that sense, it is always good to highlight the curiosities and data that this meeting between two giants in the history of football will bringTherefore, here we present some data and curiosities of the classic that star in the long-awaited match between Barcelona and Real Madrid.

After 182 classics played by the league the Real Madrid excels with a slight advantage of 75 victories against the 72 of Barcelona and the 35 draws. However, at the Camp Nou, the local team imposed its authority with 50 wins in 91 games (54% of the games). Real Madrid scored 41 times, with 20 draws and 21 wins.

Real Madrid with a sweet present in the classics

The last three league classics have been taken by Real Madrid that, in addition, he has not lost at the Camp Nou for three years. In his last three visits, between LaLiga Santander and Copa del Rey, he got two draws and one win. The Madrid team has not won four classics in a row since 1965.

The absence of will weigh a lot for Barcelona

East It will be the first classic without Leo Messi in Barcelona, ​​the top scorer in the history of this clash with 26 goals, 18 of them in the league. Real Madrid is the team that the Argentine has faced the most in his career, 45 times, with a balance of 19 wins, 11 draws and 15 losses. Although he said goodbye with seven consecutive classics without scoring, he left his mark with a goal in 17 games, signing up to two triplets and five doubles.

The conquest of the Copa del Rey 2014 against Barcelona is the best memory of a classic for Ancelotti who currently presents a serious dilemma about the possible alignment. And it is that in the League he won on one occasion and conceded three defeats against the eternal Madrid rival. Bad memories are linked at the Camp Nou. Two defeats with Real Madrid, another with AC Milan plus eliminations from the Champions League with two draws at the helm of the Italian club and PSG.

Up to 15 players could debut in the Classic

It will be the first classic for Memphis Depay, as a benchmark for Barcelona’s attack, and in his third season at Real Madrid under Eden Hazard. With them there is a long list of footballers that can be released.

It is expected that Eric García and Gavi will start for a Barcelona in which if they have minutes, Luuk de Jong, Kun Agüero or homegrown players such as Nico, Riqui Puig, Iñaki Peña, Alejandro Baldé or Demir could also be released. On the Madrid side, the premiere of David Alaba is expected at the beginning and if they have minutes it would be the first time for Andriy Lunin, Jesús Vallejo, Eduardo Camavinga and Antonio Blanco.

Aguero against his “Black Beast”

ANDl Kun is reunited with a Real Madrid that he was never able to beat in his career. He scored four goals and only one of them helped his team get a point, from a penalty in a 1-1 at the Etihad in the ranks of Manchester City. Nine defeats and four draws is Agüero’s balance against his ‘black beast’. There was only one team to which he lost more games, Barcelona, ​​in which he has played since this season, with eleven, although he defeated him four times.

The goals will not be lacking

There will be no lack of joys that only goals can give, and that is only one of the last 53 classics, in all competitions, ended without the spectacle of the goals. It was the penultimate precedent at the Camp Nou, on December 18, 2019 on the tenth round of LaLiga Santander, the same one in which the confrontation takes place this year. In 33 of the other 34 matches, there was more than one goal in the match. Barcelona have also scored in 34 of the last 35 league games they played at the Camp Nou.

Busquets, the new king of the Classic

After the departures of Leo Messi and Sergio Ramos, Sergio Busquets will play his Clásico number 41 as the sixth player who has played the most in this match. Likewise, one will be located to hunt down Manolo Sanchís, Xavi Hernández and Paco Gento. If his team wins the match, he will sign a record by becoming the Barcelona player with the most wins (20) against his eternal rival. It would only be surpassed by the 21 victories that Gento achieved.

Read also:
– Barcelona-Real Madrid: the arbitration scandals that have stained the Spanish classic
– Video: The rituals of Real Madrid to face the classic against Barcelona
– Europe is paralyzed: schedules and how to see the four European classics in the US