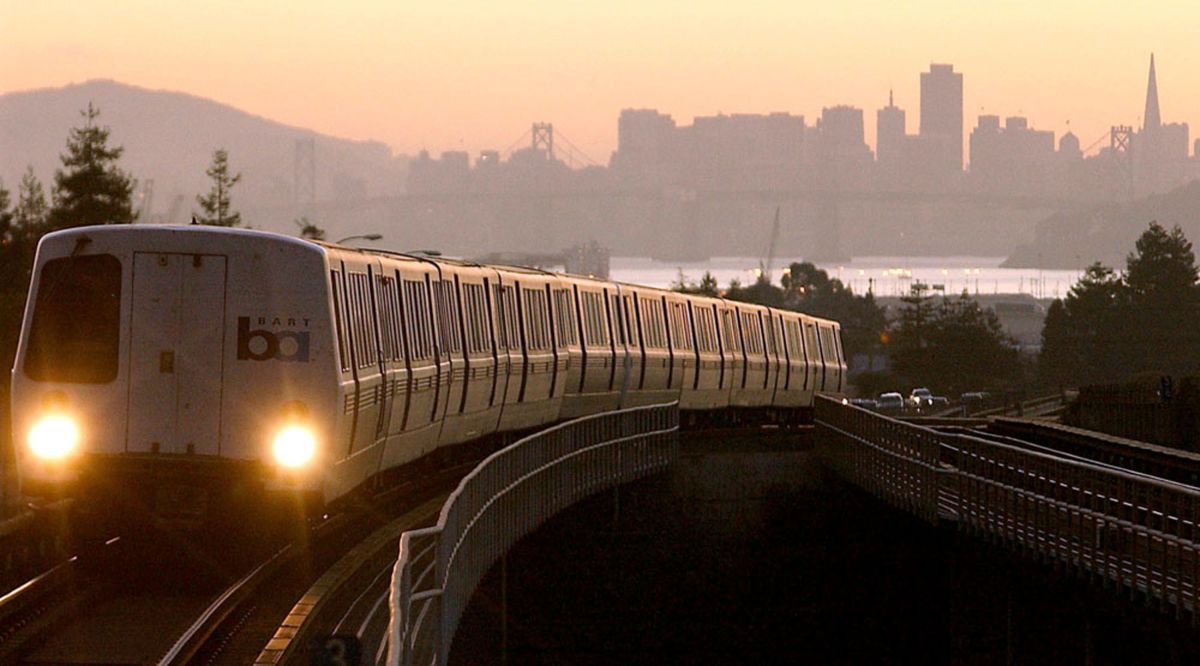 A BART train partially derailed in California on Tuesday and its passengers had to fight to get out of the cars.

There was about 50 passengers on the train when it fell off the tracks in Concord around 5 p.m., authorities said.

Nevertheless, everyone was able to evacuate safely.

“The driver went through the car and said that the last one had derailed. They drilled a hole in the fence so we could get out.”

The Contra Costa County Fire Department said emergency crews were evaluating patients at the scene and transporting them to medical facilities as needed.

“The initial assessment is that heat played the primary role in the partial derailment by causing a curve in the track,” the agency said.

“The plan is to keep the bus bridge between Concord and Pleasant Hill tonight, but we will have at least one single track train service tomorrow.”

The transit authority said a 70-person team would work through the night to move the train, cut the damaged track and replace it.

“We probably won’t get that track back in service by 5 a.m., but the opposite track is undamaged and trains will run on it,” BART added.

The incident stopped service in both directions.

The SFBARTAlert Twitter account posted about the incident shortly after 5:30 p.m., writing that there was “a major delay on the Antioch line in the Antioch and SFO directions due to an equipment issue on a train.”

Despite reports of a fire on the train, Con Fire stated that no such incident occurred. “We thank the frontline staff and fire personnel for their quick response,” BART wrote on Twitter.

Read more
* SNAP food stamp users in 33 states, including California and Texas, will get at least $95 in extra benefits
* Texas Mayor Matt McIlravy arrested for online solicitation of a child for sexual purposes
* Cheerleading coach sexually abused a girl daily for two years when the victim was 12