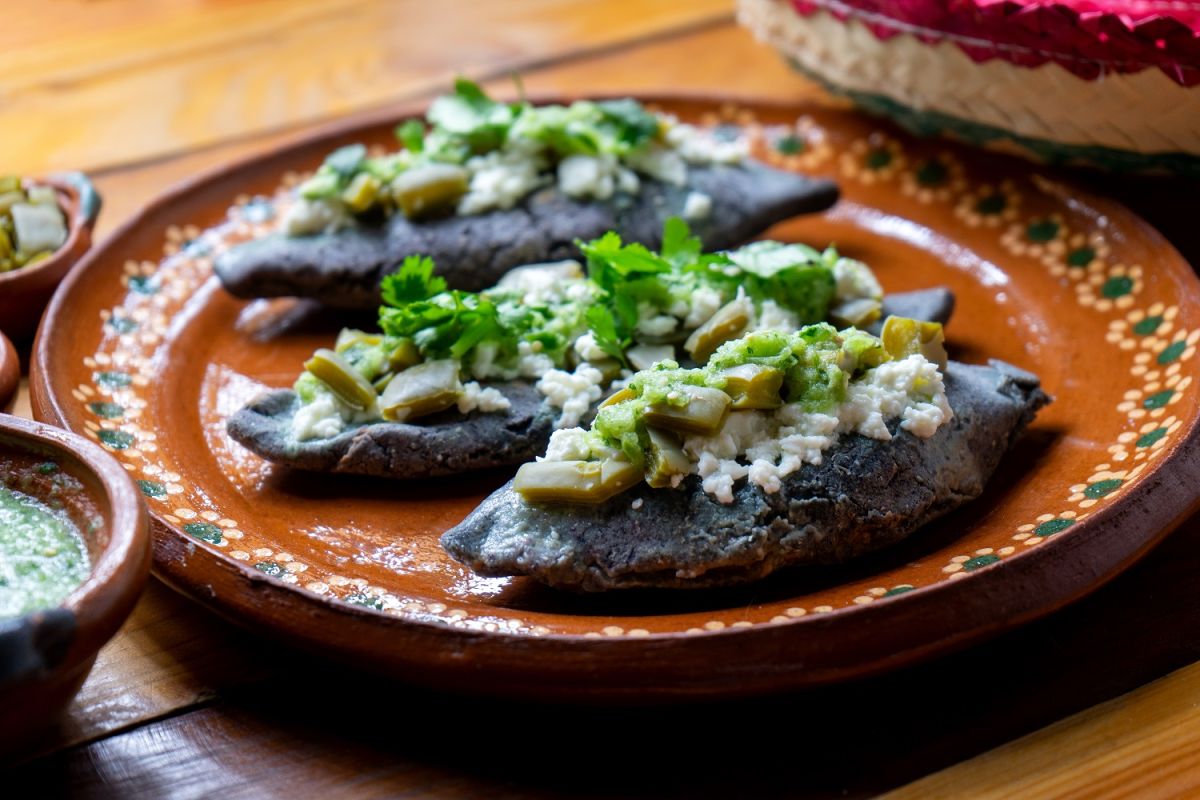 The gastronomy of Mexico has a variety of popular “antojitos”, some of them have existed since pre-Hispanic times. We share 10 recipes for Mexican snacks that you can prepare at homeincluding skits, tlacoyos, basket tacos and gorditas de nata.

The tlacoyos are a Mexican appetizer of pre-Hispanic origin which is made with corn dough in a kind of thick tortilla with an oval, rhomboid or triangular shape. The dough is usually filled with beans or chirrón seats. It is covered with sauce, nopales, cilantro and onion.

Tacos de canasta are part of the most popular Mexican street food. Tacos of stew, soft and slightly moist. Among the common fillings are those of potato with chorizo, longaniza, adobo, pork rinds and refried beans.

The sellers of these tacos transport this preparation in a basket, covered with paper, plastic and cloth to keep them warm.

Esquites (from the Nahuatl izquitl, which means roasted corn) are another very popular appetizer in Mexico. It is a preparation made with corn grains.

During pre-Hispanic times, its main ingredients were corn, epazote and chili.; the lemon was incorporated with the arrival of the Spaniards; while the cheese and mayonnaise were added afterwards; mayonnaise is a 19th century French influence.

Tostadas are an inexpensive Mexican appetizer that is very easy to make. Las tostadas (fried or baked corn tortilla chips) They are usually prepared with beans, lettuce, cream, cheese, sauce or chili and some type of meat such as chicken, beef or shredded pork. You can also use pickled tuna or pig’s trotters.

The cakes are a satiating preparation, economical and easy to prepare. It allows eating with practicality, the ingredients are placed in the middle of a soft and fluffy bread such as a telera, bolillo or micha.

They are prepared with mayonnaise, beans, ham or other meat, lettuce, avocado and spicy. The egg, milanese, leg, loin, chorizo, and pastor cakes are some of the popular options.

The flautas are a stuffed fried taco that is characterized by being long and very thin. It measures at least 20 centimeters long and reaches up to 40 cm. Among the common fillings for flautas are shredded chicken meat, ground beef, poblano chili slices, and boiled potatoes.

The gorditas de nata are a popular sweet snack in Mexico, they are usually sold on the streets, especially near the markets. They are made with wheat flour, cream, sugar and cinnamon. They are thick, between 4 and 12 cm in diameter and are cooked on a griddle.

Panuchos are a typical preparation of Yucatecan cuisine, its main ingredients are corn and beans. It is a corn tortilla inflated on the griddle that is opened to spread beans and place slices of boiled egg and fry in butter. Pork, chicken or turkey is placed on top, without missing the red onion and the habanero chili.

The cemitas poblanas are a kind of cake. Cemitas are a type of bread that is opened and filled with various ingredients, including cheese and papaloquelite.

Mexican nachos are not usually prepared with as many ingredients as in the United States. Corn tortilla chips are usually dipped in yellow cheese and served with jalapeño peppers. Outside the country it is common for nachos to be accompanied by meat, beans and other ingredients.

It may interest you:
–Hispanic Heritage Month: 10 Latino-Inspired Recipes to Celebrate
–Birria de res, pozole and 8 other Mexican food recipes with meat
–What is nixtamal and how is it made for corn dough