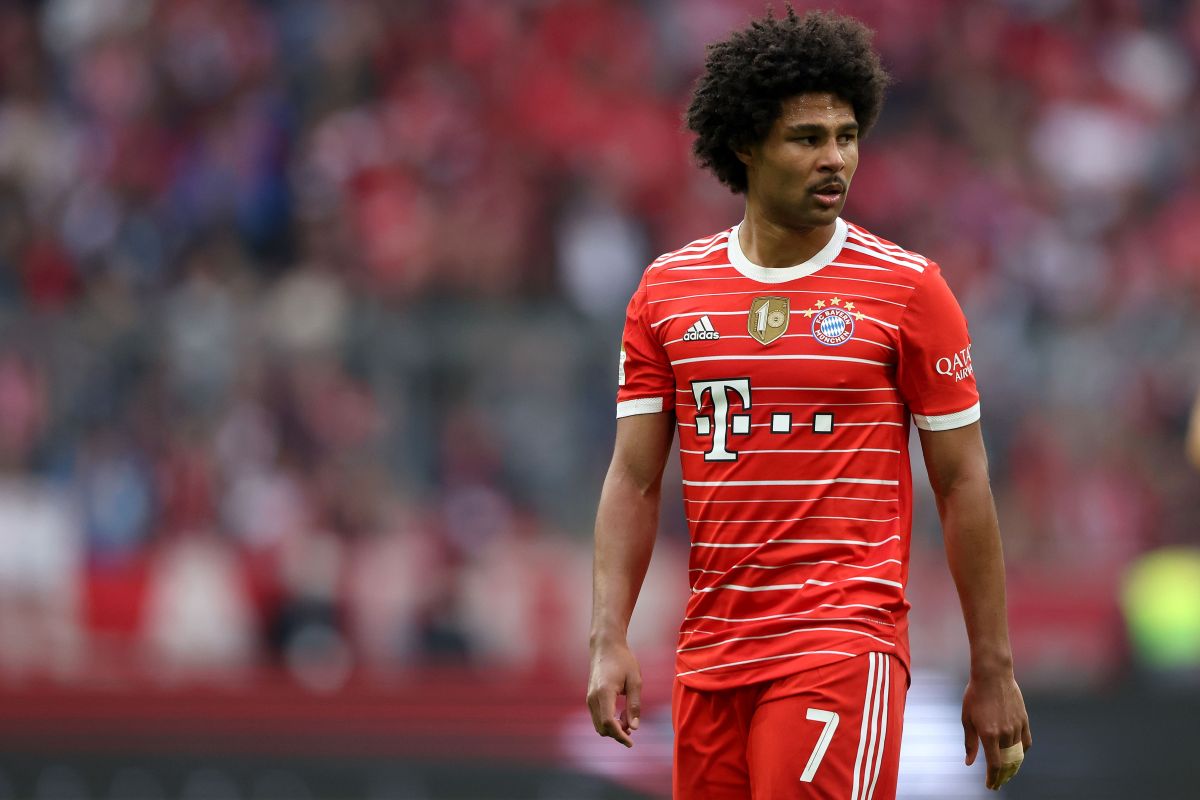 The times that Bayern Munich are going through are not easy at all and it is that in addition to Robert Lewandowski’s rebellion, Serge Gnabry joins, the soccer player from Stuttgart and who lives in Bayern has also asked for his departure, given this reality Salihamidžić does not want any more unpleasant events and gives him the green light to start negotiating with Real Madrid which would be his presumed destiny.

This week was felt for the first time at Allianz Arena, the possibility that the talented striker Serge Gnabry could leave the ranks of the team winner in Germany, so Real Madrid quickly raised their hand to reaffirm their interest in the 26-year-old footballer.

Bayern continues to have the German footballer, however his departure is not ruled out, and until now everything is still up in the air. “We remain confident that he will choose to stay and we would like to continue with him. However, for a footballer who does not want to marry the project, you have to find a way out that benefits everyone, “said sports director Hasan Salihamidžić.

Why is Bayern Munich so calm about the future of Serge Gnabry?

Unlike the situation with Robert Lewandowski and FC Barcelona, ​​Bayern have been much more relaxed with Serge Gnabry and Real Madrid, the reason seems to be very simple, and it is that the merengue team has a piece that the German team wants in its ranks; It is nothing less than Marco Asencio, who has been linked to Liverpool but that Bayern could also have in his plans.

On the other hand, the arrival of Mané gives Bayern Munich a break, which ensured the incorporation of a star who can fill his club with titles and calm the anxieties within the Bavarian environment.

. Florentino Pérez wants Lewandowski to sign for FC Barcelona
. Lewandowski, Bernardo Silva or Raphinha: will FC Barcelona sign a crack or will it remain in pure speculation?
. They hack Dembélé networks and make him pass as a cryptocurrency seller