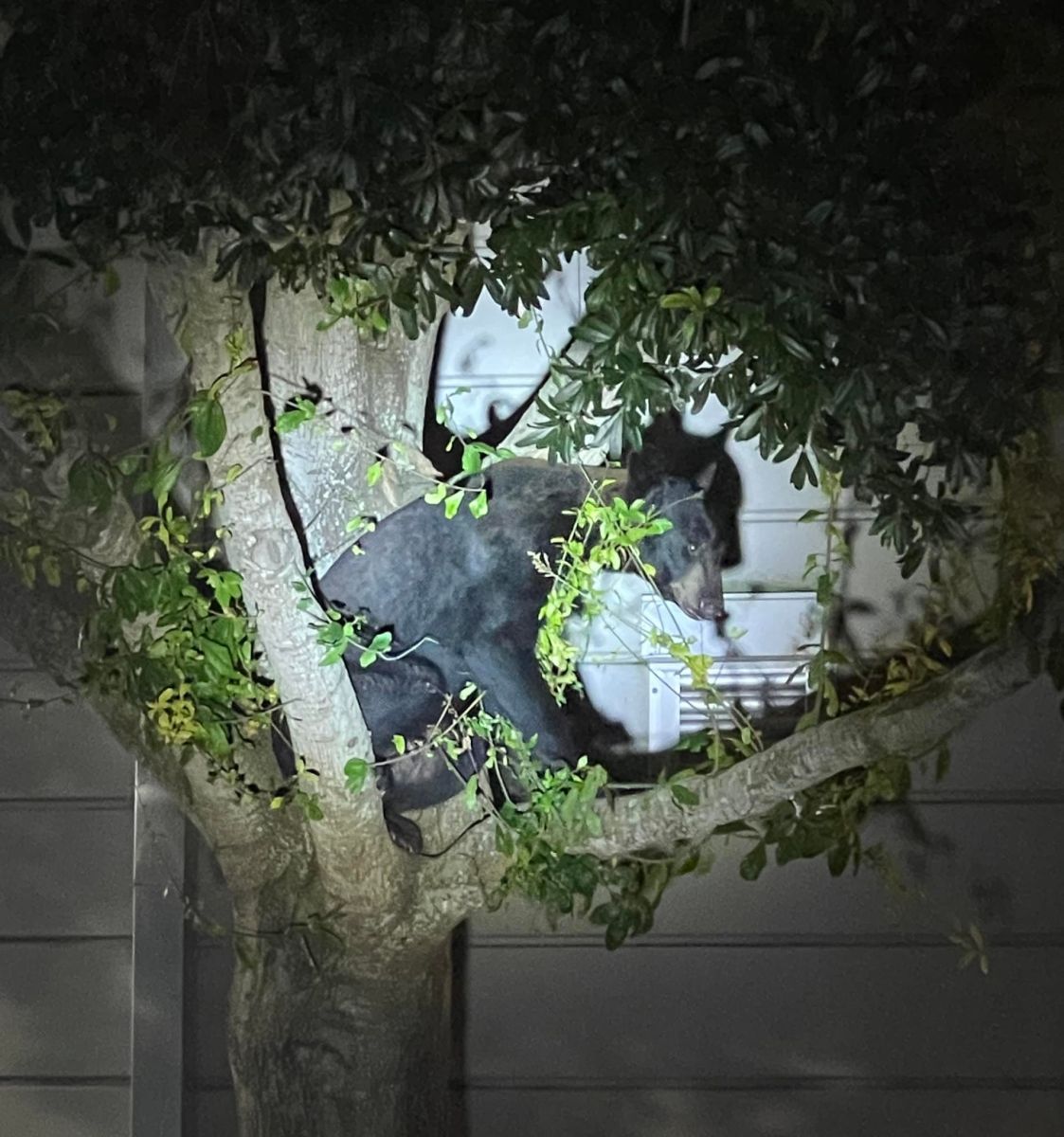 A hungry black bear has been caught red-handed roaming the grounds of a Florida police department.

The incident took place Monday night in Stuart at the Martin County Sheriff’s Office. The furry intruder trespassed on the grounds of the sheriff’s office before climbing a tree.

The sheriff’s office said on social media shortly before 4:30 a.m. Tuesday: “The Martin County Sheriff’s Office had an unexpected guest in our office tonight.”

They added: “The bear ran through the parking area and camped for a while in a tree near our investigations division.“.

They also said the Florida Fish and Wildlife Conservation Commission (FWC) “was notified and took command of the situation.”

But, clearly knowing that the game was over, the bear ran away.

The sheriff’s office also said, “There has been an increase in bear sightings in our area recently.

“FWC urges everyone to take a moment and learn a little bit about what to do if you see a bear.”

They added: “One of the most important things you can do to prevent a visit from a bear is to secure your trash cans.”

The FWC says on its website that while “seeing a black bear is an exciting and rewarding experience,” people who don’t follow the rules “could be breaking the law and risking both their own safety and that of the bear.”

The FWC warns: “Bears are motivated by their need to eat and with a sense of smell that can detect odors from more than a mile away, problems arise when bears gain access to food sources such as pet food, garbage, grills, birdseed or even cattle feed”.

They added: “Once bears lose their natural fear of people, often due to access to alluring food, there is often little hope that the bear will return to the wild.”

“These food habituated and conditioned bears are often killed, either by vehicle collisions, illegal shooting, or as a result of bear management actions to keep the community safe.”

The FWC said people should try to chase away bears that attack property. “You want the bear to know it’s not welcome in your yard, so from a safe place, drive it away by yelling, banging on pots and pans, using an air horn, or anything else that makes a lot of noise.”

The American black bear is endemic to North America and can be found throughout the continental United States, as well as Canada and Alaska, and even as far south as Mexico.

Also read:
· Sloth bear kills couple and feasts on their remains for hours before being discovered
Secret population of polar bears found in an “impossible” habitat
350-pound black bear euthanized after attacking 3-year-old girl and her mother in Tennessee