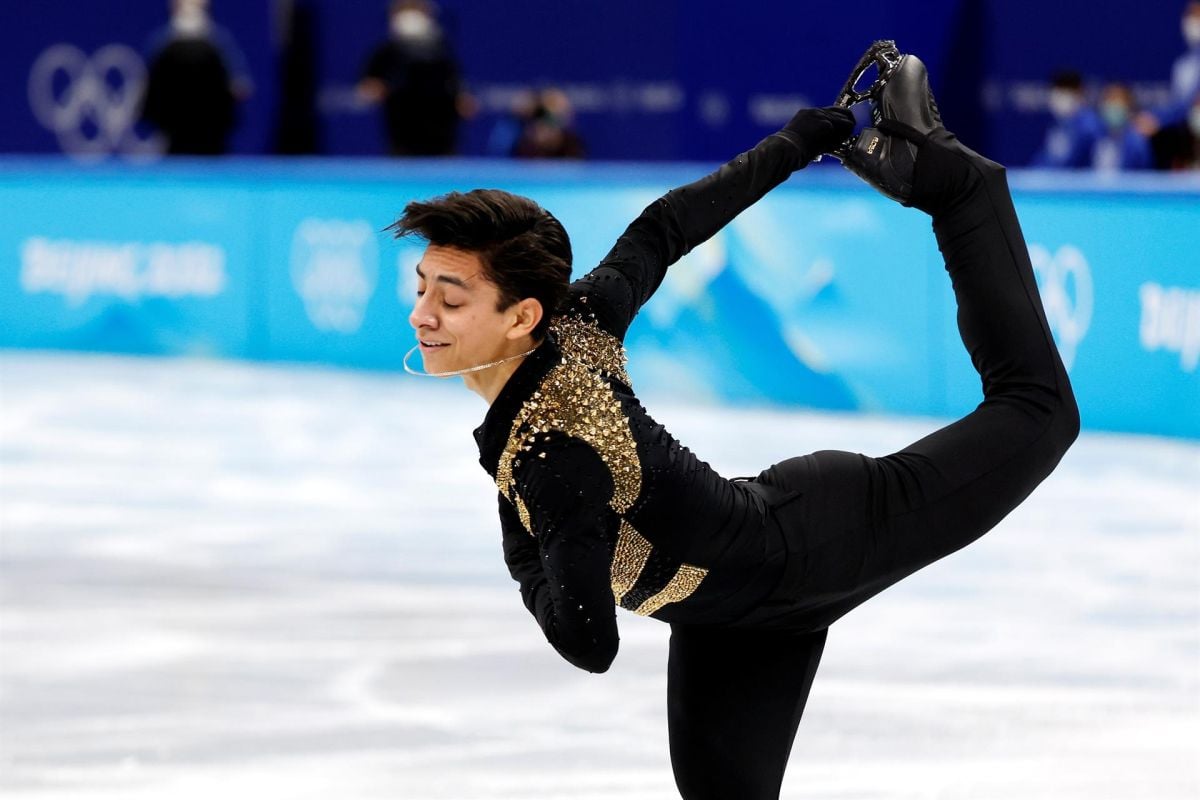 From a country where ice “is only seen in glasses”, as his father says, Donovan Carrillo Suazo has overcome all obstacles and today he has the hopes of many in Mexico focused on him.

The young man from 22 years Qualified for the Men’s Single Figure Skating Final at the Winter Olympics. Beijing 2022with a routine that caused a lot of pride in his country.

To the rhythm of the songs Black Magic Woman Y shake itby Carlos Santana, Carrillo embroidered a program that left good feelings and the best score from his career: 79.69.

“I didn’t want it to end. It was a very special moment and I was fully enjoying what I love most in life, which is skating”, he told the press in Beijing after completing the routine that he dedicated to his family and to all of Mexico.

“Debut in these Olympic Games it’s a dream come true for me. In general the program was solid, I feel very happy with the result”, he added.

And it is that the road to Beijing 2022 has not been easy for Carrillo Suazo and his family, because in Mexico it does not have the necessary infrastructure, starting with a professional skating rink.

“In Mexico, most of the ice rinks that exist are inside shopping centers”, where he has had to train for the big competitions, he says in the documentary series WinterTrack of Beijing 2022.

That is also reflected in the fact that no other Mexican figure skater had qualified for the Winter Olympics. since 30 years ago. Carrillo is also the first Latin American to play the final in his discipline at an Olympics.

Carrillo Suazo was born in the city of Guadalajara, the second largest in Mexico.

His approach to skating happened because his sister practiced it and because his mother instilled in him a taste for the sport, as he himself explains. And also for love, because he says that he liked a skating girl.

“Little by little the skating It was involving me until I ended up falling in love with the sport“, Explain.

However, the only ice rink with acceptable conditions to practice figure skating closed in Guadalajara, forcing him to move in 2013 with his coach, Gregorio Núñez, to the city of León, 220 km from where he lived with his parents. .

“It is not a cheap sport and I think it is the first impediment that stopped him”, explains Núñez in WinterTrack.

However, his desire to be the best and aspire to the biggest stages of figure skating motivated him to continue despite the lack of conditions.

“In Mexico, most of the ice rinks that exist are inside shopping malls. And training on a track where there are certain types of distractions and situations, such as skating with music all the time, makes training more challenging,” says Carrillo Suazo.

“You have to train with a quality of ice that is far, far below what exists in international competitions.

“Many countries do have the fortune [de tenerlo]. In the summer I was training in Italy, in a super small city, with very few inhabitants, it had an impressive complex with an ice rink that we would like to have in Guadalajara, ”he adds.

His father, Adolfo Carrillo, acknowledges that “there is not enough money” to pay for such a sport, even his coach has not received the fees that he should, but they have supported him as much as they could: “It has been a process, but I think it is worth the effort. pain”.

In 2019 Carrillo Suazo was included in the high performance athlete program from the Mexican government, which helped him defray the expenses to train and compete worldwide.

A Mexican touch to skating

The last time that Mexico had figure skaters in the Olympic Games was in Albertville 1992, but they had never qualified for a final.

It is a sport rarely practiced at a professional level in that country.

However, for some years now, Donovan Carrillo Suazo’s skill and style have made him stand out on a national level, with routines that include themes from Mexican popular culture, such as music by Juan Gabriel, danzón or mariachi pieces.

“I always try to highlight the Mexican culture”Explain.

And how have you managed to boost your career, despite the obstacles?

For the young skater, the preparation goes beyond the technical and artistic question.

“Visualizing myself, in different spaces, tracks, stages, is something I have done since I was little: see my routine from start to finish, in a large space, with a grandstand, with judges watching me, my coach aside… And the mind is super powerful”, “says Carrillo Suazo.

For him, there is something that Mexicans should keep in mind when pursuing their goals: “No matter what adversities come your way, work hard and never give up.”