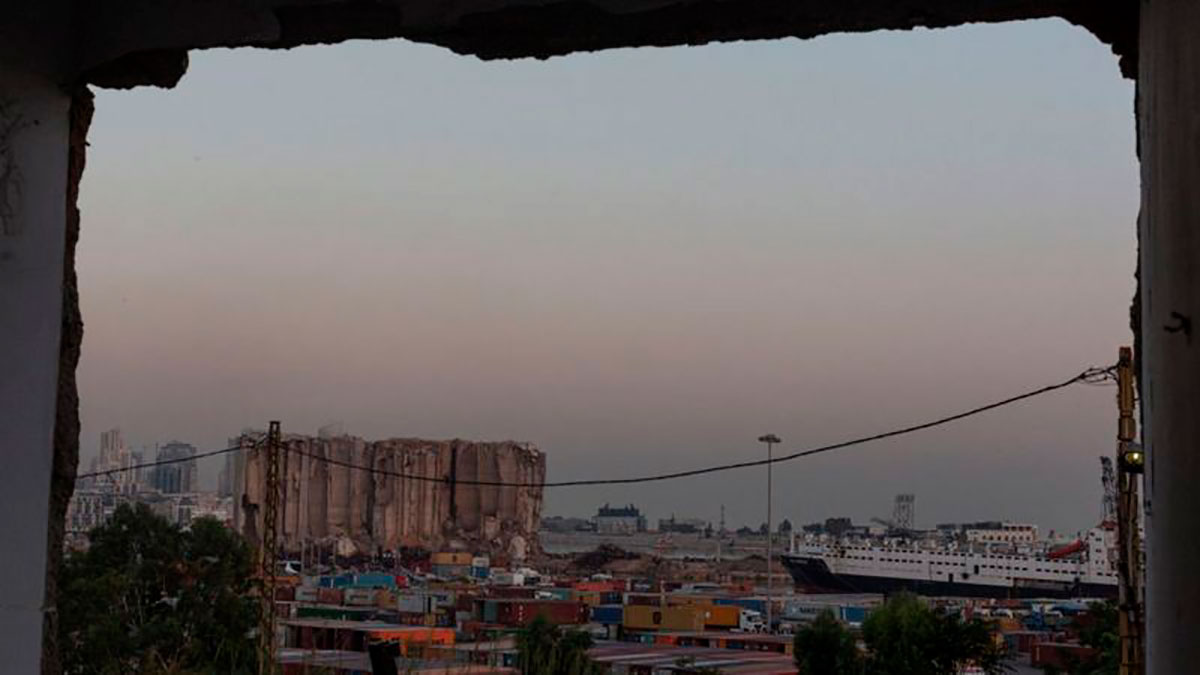 A year after the explosion that shook Beirut, Lebanon is nearing economic collapse.

Protests have intensified in the streets as the country is mired in one of the worst financial crises in the world in more than a century.

Citizens face drug and gasoline shortages, while the power outages They threaten to further destabilize the small Middle Eastern country.

In hospitals, the situation is discouraging and they have run out of the necessary drugs to treat diseases such as cancer and heart disease.

In a video released by the BBC, nurses in hospitals show empty medicine cabinets.

In July, the association representing Lebanese companies that import medicines warned of a potentially disastrous shortages, as the country’s already fragile economy plummets.

Your currency, the Lebanese pound, has collapsed, losing about 85% of its value.

The prices of basic foods have risen rapidly and supermarkets have been the scene of fights and squabbles between shoppers.

The World Bank assures that the country, with just over six million inhabitants, could face one of the worst financial crises since the mid-19th century.

The price of imported gasoline has skyrocketed, and cars form long hours-long lines at service stations.

Fuel shortages have increased energy demand, as many people rely on private generators as a result of already regular power outages.

Last month, Lebanon’s two largest power plants (which together provide more than 40% of the country’s electricity) closed due to lack of fuel ands debtyes without Par.

Frustration has been felt in the streets.

What was once mourning the mega-explosion, which left hundreds dead and thousands injured, is now rage against a political elite accused of corruption and negligence that did not do enough to prevent disaster.

“I used to be upset, but now I am much more upset,” says Serge Maacaron, one of the survivors.

The second was much more powerful and was one of the non-nuclear explosions largest ever recorded in history.

The wave reached the island of Cyprus, more than 200 kilometers away.

“Everything around us was in ruins. People were screaming, there was blood everywhere, ”says Mellisa Tawil, another survivor, to the BBC

“Everything fell apart. There were collapsed buildings ”.

The cause was the explosion of 2,750 tons of ammonium nitrate incorrectly stored in the port.

The city was plunged into chaos and was declared a disaster area.

Hospitals collapsed and had to treat patients in the middle of the streets.

The material was transported on a cargo ship traveling from Georgia to Mozambique, but after technical problems it was taken to Beirut in an emergency.

There, the Lebanese authorities detained the ship for not paying the corresponding port fees and they confiscated the merchandise.

The explosion triggered protests against the government almost immediately, which was already in trouble trying to keep the nation’s economy afloat.

The Lebanese government resigned within days amid mounting outrage.

Before the explosion, the country was already going through a severe economic crisis.

Lebanon, a small Middle Eastern country located between Israel and Syria, has experienced the ravages of different conflicts for several years, including a civil war that culminated in 1990.

It has also led to the consequences of internal conflicts in its neighboring countries.

In 2019, the economy was already showing signs of collapse.

Even before the coronavirus pandemic, the country was going through a financial crisis and hyperinflation that pushed thousands of people into poverty.

Its internal debt with respect to the Gross Domestic Product (what a country owes compared to what its economy produces) was the third highest in the world.

Unemployment is situatedaba in 25% and almost a third of the population lived below the poverty line.

In October 2019, Lebanon experienced a wave of protests against the sectarian power distribution system that has ruled the country for decades and that grants quotas to the country’s various religious communities.

For many, this sectarian system is the cause of Lebanon’s problems.

The three main political institutions – the President, the Speaker of Parliament, and the Prime Minister – are divided among the three largest communities (Maronite Christian, Shia Muslim, and Sunni Muslim, respectively).

Since the end of the civil war, the political leaders of each sect have maintained its power and influence through a system of networks of influence, protecting the interests of the religious communities they represent and offering financial incentives, both legal and illegal.

This system has prevented the establishment of an effective central state in the country, since the leaders of the different sectarian groups act more according to their partial agendas and their own interests.

The 2019 protests led to the resignation of Prime Minister Saad Hariri.

“The system has not had an economic or fiscal strategy for decades. They have systematically and structurally brought us to this point, ”Aline, one of the protesters, told the BBC.

Criticism fell on the new prime minister, Hassan Diab, who resigned along with the entire government days after the explosion.

“The mechanisms of corruption are bigger than the state,” Diab said during his resignation speech.

“Today we respond to the desire of citizens to demand transparency from those who have been responsible for the disaster that has been hidden for seven years and to their desire for a real change,” said the president.

Since then, Lebanon has been at a political crossroads from which it has not been able to emerge from the impossibility of its leaders to form a new government.

“If the ship sinks, there will be no one left.”