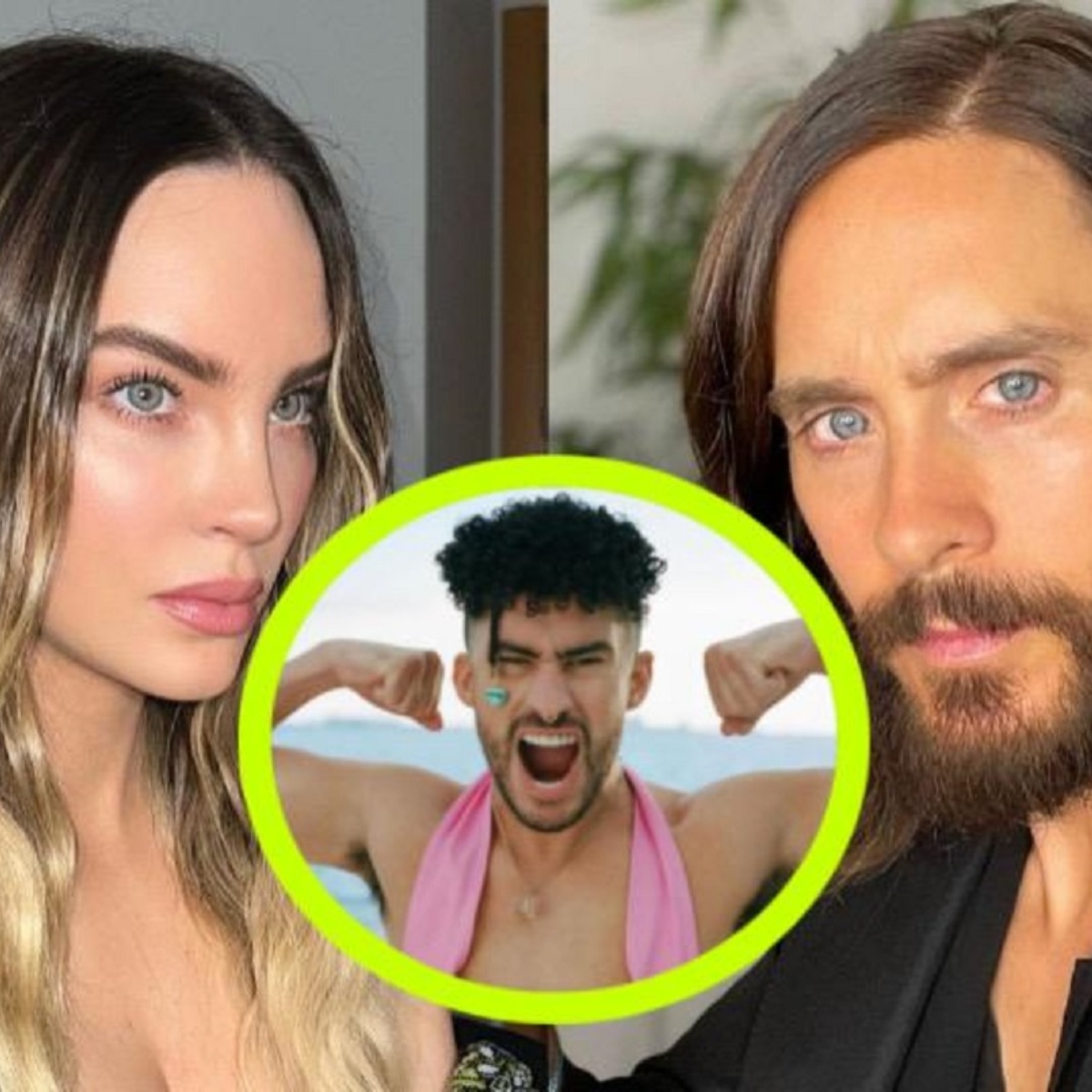 Belinda and Jared Leto increasingly show their friendship on social networks, as it seems to be one of the most sincere and fun and so demonstrate by imitating a famous Puerto Rican singer.

It turns out that in the midst of the controversial relationship that has given rise to talk about the singer, who shares Mexican Spanish nationality, Belinda, and Jared Letto, the pair of friends show another fun facet of their friendship when performing a great imitation.

This time it was in a live broadcast where the interpreter of “Bella treason”, “Luz sin Gravidad” among other topics, alternated with her friend, the actor of “The Joker”, where together they performed a great imitation of the famous Bad Bunny singer.

Belinda and Jared Leto Did they make fun of Bad Bunny?

It seems that in a video that has gone around the internet, it shows the performance of the now actress of Welcome to Eden and the founder of the “30 Seconds to Mars” group, who in addition to showing great complicity, also tested their skills. histrionic by imitating a very famous singer.

It should be noted that Bad Bunny is today one of the most listened to stars in the world in recent years, a popularity that even Belinda and the American producer recognize in their own way, so the couple of friends imitated him dancing and singing some of their successes.

There is no doubt that the Puerto Rican is capable of inspiring a “Princess of Latin Pop” and the rocker, who at one point showed that they are fans of the interpreter of “Me Porto Bonito”, but in what can be seen in the video he can also be interpreted as a mockery, since they criticized the way the Bad Rabbit sings.

The actress of “Welcome to Eden” in the middle of a live chat, prompted Leto to sing like Bad Bunny, however, she had to do it first and thus convince the 50-year-old hpy star, who would be very pleased in the way they imitated the “Puerto Rican”.

IT MAY INTEREST YOU: Belinda with a closure bikini shows off what Nodal despised

Belinda and Jared Leto on vacation

On this occasion, Christian Nodal’s ex-fiancée, Belinda Peregrín Schüll, would have shared through her Instagram account the fascinating vacations in Italy in which she was accompanied by Leto and another friend.

It should be noted that this fact created alleged comments about a possible sentimental relationship with the native of Bossier, Louisiana, however, it has transpired that they are only “very good friends” since even the award-winning Hollywood actor would have some romantic interest in a model from Victoria’s Secret, as circulated in recent days.