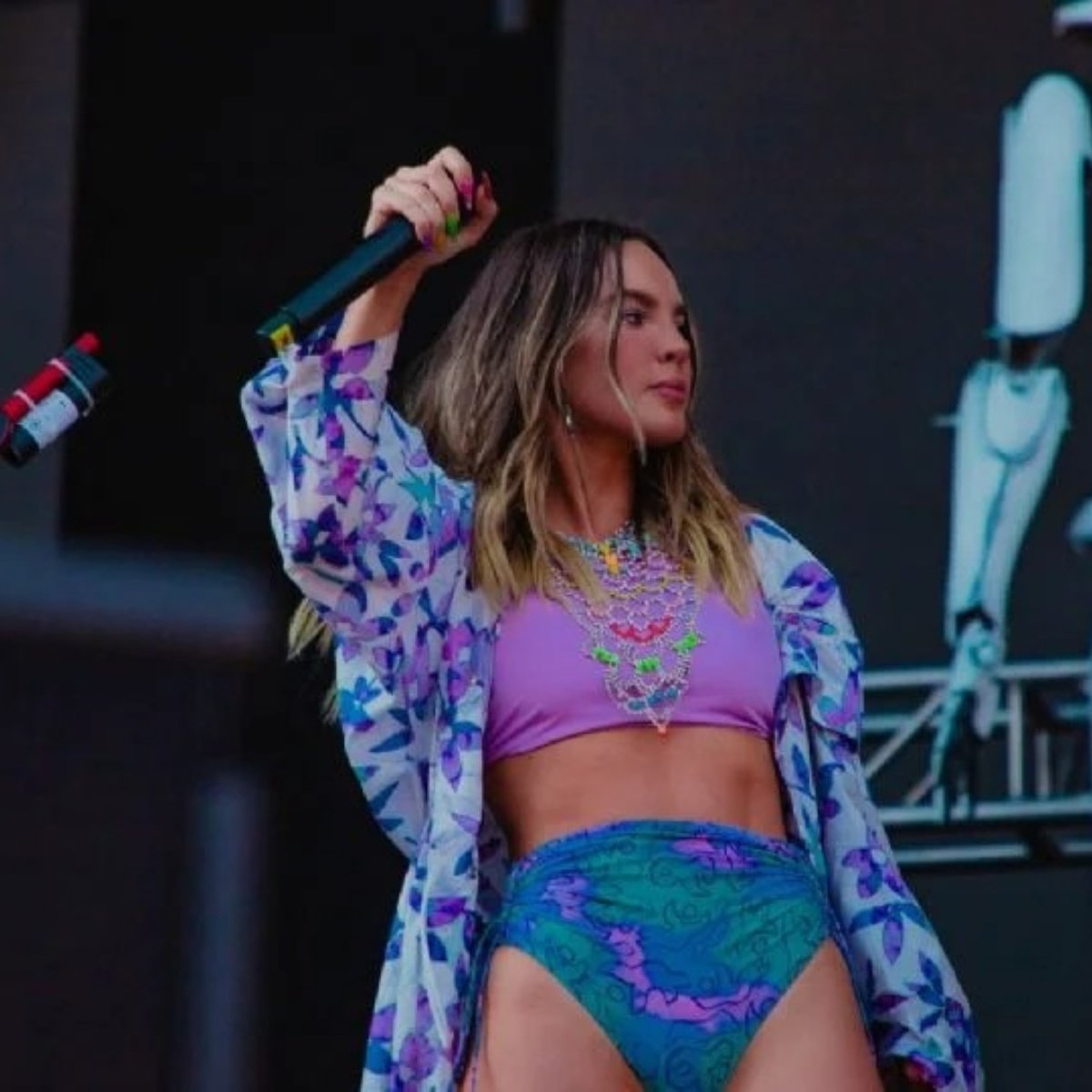 After a brief period living in Spain, Belinda returned to Mexico to perform this weekend at the Machaca Festivala major musical event.

The interpreter took a flight of almost 15 hours and upon arrival, she ran into hundreds of fans and close friends, who longed to see her live.

Even on her return to Mexico, she was questioned about Nodal and Cazzu, however, she decided not to express any opinion on the subject so as not to fuel the scandal, but she did not expect that her dizziness would monopolize the news.

Beli almost fainted in the middle of the concert, is she pregnant?

Tremendous scare that Beli and her work team went through this Saturday, because the interpreter almost fainted in full live presentation.

“I’m feeling a little dizzy and I don’t want to get off stage. So if you’ll do me a favor and sing this song for me and I’ll sit here with you guys until I feel a little bit better.”

Before the eyes of thousands of attendeesthe singer was sitting taking a breath and drinking serum, while in the background her team was on the lookout.

As expected, Internet users flooded the network with all kinds of rumors and speculations, ensuring that Beli could very well be pregnant.

It may interest you: Belinda covers the tattoo dedicated to Christian Nodal

Belinda at the Machaca Festival

this past Saturday June 25 the singer arrived on stage in Monterrey, Nuevo León for the Machaca Festival 2022where he performed his best hits.

One of the moments most praised by the public was when Beli made a mix of soap opera songs and singing at the top of her lungs “toad“.

I saw my childhood pass with these songs

BELI IN THE MACHACA

Although it is not known if Belinda She will continue in Mexico, the interpreter assured that she was happy to return to her land and promised surprises for her followers soon.