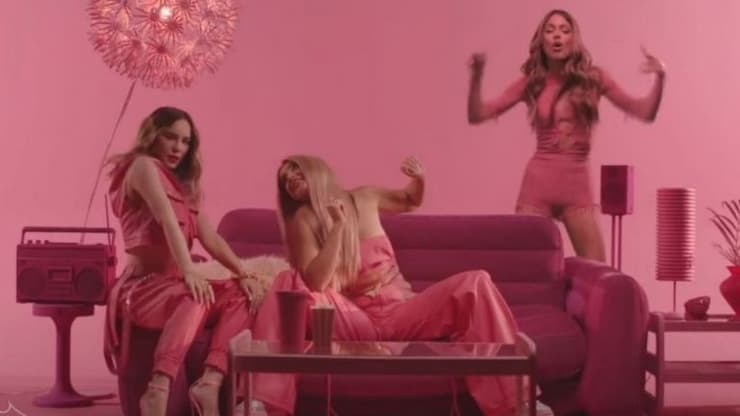 Tijuana – Isabela Chávez is a young Tijuana native who has become very popular on social media because of her resemblance to Belinda, who claims that she gave her a costume that she used in one of her videos.

Through a TikTok video, Isabela shared her excitement for the little details sent to her by Belinda, whom she admires, which is clear by her incredible resemblance.

The trans girl showed the clothes she claims Belinda sent her as a gift, which the actress and singer used in her video clip “La niña de la Escuela,” the collaboration with Lola Indigo and Tini Stoessel.

“This wardrobe, personally used by her authentically, is the one from the video of ‘La niña de la Escuela,’ she sent it, especially for me. Here it is. She sent me the top, this little shirt, and pants,” the young woman showed the clothes.

She also boasted that the singer of “Boba niña nice” gave her an autographed magazine.

Not only imitates Belinda but also other celebrities

Isabela Chávez is a young trans woman who works in a bar where every night, she impersonates Belinda during her imitation performance.

However, she not only imitates ‘Beli’ but also impersonates other singers like MonLaferte and Marisela, although Christian Nodal’s ex-girlfriend is the character she most often asks to do, as she can also be hired for events.